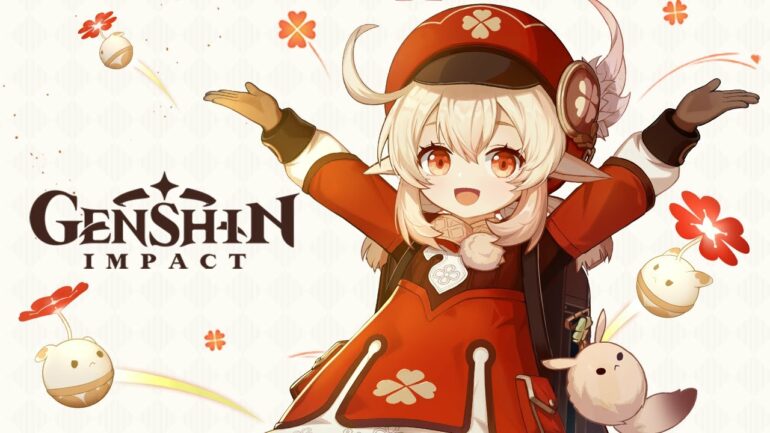 Klee is the Newest Playable Character in Genshin Impact

Klee is the latest character to be joining the list of playable characters in Genshin Impact. She might not be new to the game but she will now be summonable for the first time.

Since Genshin Impact has been released it has broken countless records, and while it is comprised of elements from Nintendo’s Breath Of The Wild, it is also a “gacha game”. This means new characters will be added regularly, and now that Venti’s wish banner has ended, it only made sense a new character was coming.

The explosives expert, Klee is the next character available in the new wish banner. Similar to Venti, you will have an increased chance of pulling her for a limited time.

Klee has two pyro-based moves. Her Elemental Skill is Jumpy Dumpty. When thrown, Jumpy Dumpty bounces 3 times before exploding and splitting into multiple small mines. The mines will explode upon impact or after a short period of time. Klee’s Elemental Burst is Sparks ‘n’ Splash. For the duration of this ability, Sparks ‘n’ Splash continuously attacks nearby enemies, dealing AoE Pyro DMG.

Available at Adventure Rank 32, players can start a story quest to learn a little bit more about Klee. She is not new to the game and can be found in the Knights of Favonius headquarters, behind the locked door.

The Klee wish banner will run from October 20 until November 11. There will also be a new weapon banner, Epitome Invocation weapons. Both of these banners are set to end the same day Genshin Impact’s update 1.1 is being released.

Klee was a fan favourite in the beta so we will soon see what all the fuss is about.

Genshin Impact is currently available for free on PC, mobile, and PS4, with a Switch port on the way in the future.