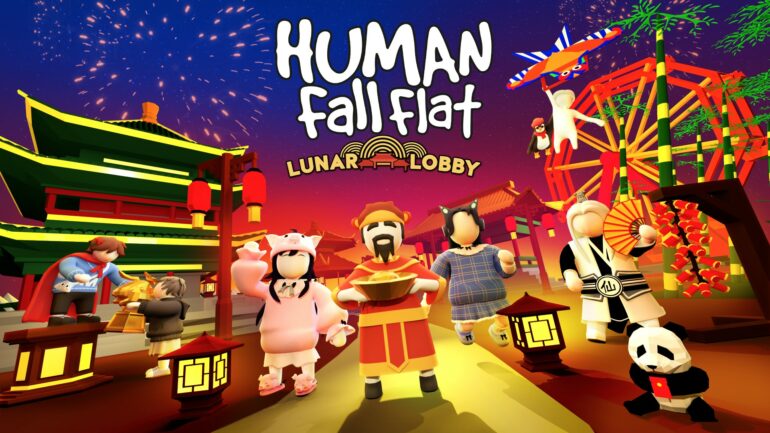 The Lunar New Year sales have well and truly kicked off, and Curve Digital has announced that Human: Fall Flat from No Brakes Games has now sold over 25 million copies worldwide.

The accomplishment comes after the successful launch of a Human: Fall Flat mobile game in China. This led to 2.5 million sales in the first month. Gary Rowe, VP of Franchise at Curve Digital said: “We’re delighted to celebrate this incredible milestone with our talented partner No Brakes Games. The community has really taken Human: Fall Flat into their hearts and their excitement and support has enabled us to keep updating the game with ingenious new levels. 2020 was our biggest year yet, but alongside No Brakes, we’ve got even bigger plans for the future, and we’re excited to share more soon.”

To celebrate the start of the Chinese New Year, a new Lunar Lobby launches today, created by the latest Human: Fall Flat Steam Workshop Competition winner, Muyao Li. Unfortunately, the Lobby will be exclusive to Steam. So console players might need to look in the other direction for this one. In the Lunar Lobby, players must unite the 12 zodiac symbols within areas inspired by Chinese Tales. Furthermore, you will also have the opportunity to shake the Fortune Tree and ride the Fortune Carp rollercoaster as it transforms into a mighty dragon.

The Lunar New Year update will also include iconic Chinese content creator skins. Together, Xiao Tuantuan, Daimei, Sanren, Zrdxr and LanZhanFei, have a combined following of over 220 million followers. Releasing in February, the new skins will provide some great customisation options for players around the world.

Human: Fall Flat is available on PC, PlayStation 4, Xbox One and Nintendo Switch. Due to Steam’s Lunar New Year Sale, you can purchase the game 60% off for a limited time. Check it out here.