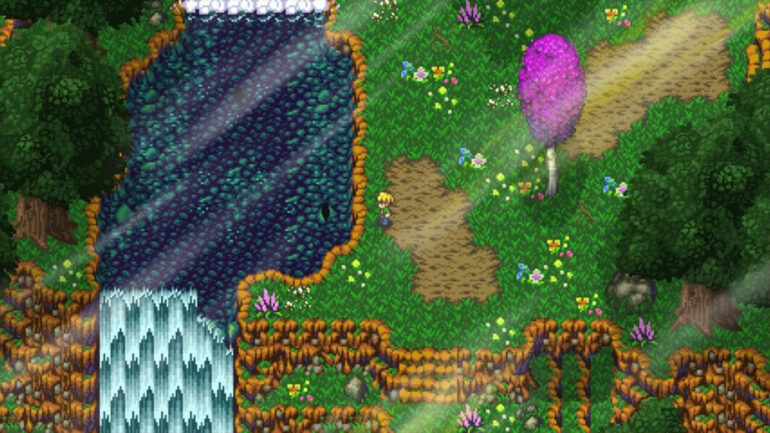 Harvest Island (Demo): Is it the Next Animal Crossing? – Early Impressions

With games like the award-winning Animal Crossing gaining popularity, we see more games enter the farming sim genre. A successful game of this kind features; good characters, compelling stories, and a rewarding core gameplay loop for the player. In a genuine Farming Sim, you can waste hours doing the same tasks because they give you a simple reward or advance the plot. I have spent hours building a farm and building relationships in Stardew Valley for these very reasons, and Harvest Island: Beginnings looked set to be the next game stealing days of my life away.

The Harvest Island: Beginnings demo offers 15 minutes worth of gameplay to entice potential buyers. The game starts with a short notice explaining that some areas are locked, and gameplay has been adjusted. The story is told like a visual novel with all the designs hand-drawn, and the game world itself looks like an old school 8-bit RPG. It is pleasant, and it will be familiar to those who have played these kinds of games before. But the game world suffers from an overabundance of assets.

“It’s Simple and Effective, but Unfortunately, It’s Not Fun”

The player is immediately tasked with a fetch quest, which I presume is just a way to get you to explore the island. Interactive objects and the scenery assets are hard to distinguish between, which creates a lot of running around and experimenting with the game, which isn’t necessarily bad. Harvest Island: Beginnings possesses an inventory of 15 spaces with items stacking on top of each other, so inventory management seems like it will be crucial in the full game.

You have to find coconuts, which are scattered on the floor and up trees. This means that when you have gathered everything on the floor, it’s time to Agadoo and shake some trees. You discover all of this organically, and I never felt lost in the gameplay. It’s simple, effective but unfortunately, it’s not fun. And that appears to be the core gameplay loop.

“There is a Small Amount of Fun Bonding Between the Siblings. It’s a Shame that I wasn’t Having Fun.”

You play as Will, the older brother of Samantha who has tagged along with you to an island to present an offering to the gods. The characters exhibit the typical dynamic of the older sibling that hates the “annoying” younger sibling who manages to mess things up for the player. However, Samantha isn’t annoying in her actions or dialogue, making Will come across as unnecessarily mean. This is jarring because it makes him quite unlikable right from the start. He even tells Samantha that he hates her multiple times in the 15 minutes of the demo, which is quite off-putting.

Samantha tells you that she has lost the offering to the gods and now you have to find a new one here on Harvest Island. Will spots a raccoon and decides that it’s the new offering (no, really) and you chase it around the island. There is a small amount of bonding between the siblings here, and they are having fun. It’s a shame that I wasn’t.

When you finally have it cornered, Samantha tells you not to hurt it, and Will says “I have to”. Again, this is a moment that isn’t endearing, and it makes me empathise more with the little sister. Luckily, the racoon’s babies turn up, and Samantha convinces him to get something else to offer instead, so they leave. Luckily for Will, he finds a coin on the floor, full of “Bless” and decides to present it to the gods, instead of brutally murdering a living creature, which satisfies them.

“This is Intriguing Enough for me to Want to Play More.”

The Bless coin‘s introduction seems to be setting up the reward system for the game’s grind, but there isn’t yet an indication of what giving Bless does. Will it give you items or upgrades? We can only wait to find out.

But once you have provided the offering, it directs you to an unassuming area on the map. Interacting with the spot reveals a trapdoor, and upon descending, you find a vending machine. Will doesn’t seem to know what it is, but inserts the coin receive a drink bottle with more Bless and, what seems to be, anime fanart on it? The demo ends here with Will asking how it got here and then a “To be continued” message.

This is intriguing enough for me to want to play more. The idea that someone doesn’t know what a vending machine is, changes the world they exist in. It also makes me wonder what their purpose is and how they fit into the narrative. This means, at the very least, we have an intriguing possibility on our hands, and I hope they explore it thoroughly.

While some of the gameplay in Harvest Island isn’t fun right now, this is an unfinished product. I believe it will be improved before release, and I don’t think we have seen the project’s full scope either. The characters don’t have a good dynamic, and it begins on rocky ground. If they don’t develop these characters correctly throughout the full game, it will be a real slog, even with a potentially intriguing story. They encourage you to leave a review on their steam page as well. They are looking for feedback on the game, which is positive, but it depends on how they use it that matters.

If you want to check it out, it is available on Steam as a demo, and you can also join their discord and talk to the team directly about the game. It might not be the next Animal Crossing or Stardew Valley, but it does seem to offer a familiar style and a vaguely intriguing world. I believe that the demo was not a great representation of what the game can be. They should have shown us a snapshot from a small ways in when some of the other gameplay was available and the characters had developed just a little bit. But the intriguing story thread they left dangling is good enough to make me want more, so it definitely did something right! This definitely deserves a shot when it releases. And besides, what have you got to lose in yet another lockdown?