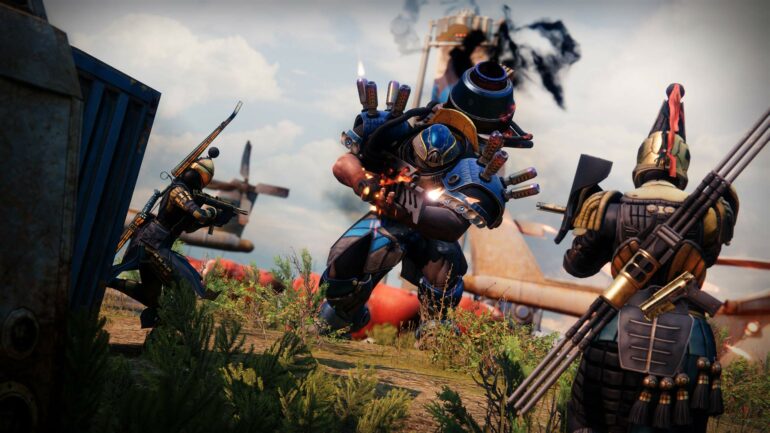 Season 13 is dropping for Bungie’s hugely popular MMO Destiny 2, and is set to bring new gear, new and returning strikes as well as a brand-new game mode!

Season of the Chosen, the 13th Season to grace Destiny 2 since its release way back in 2017, is shaping up to be an explosive addition to the game. Its narrative centres around Empress Caiatl, the daughter of Calus and the leader of the Cabal. You know, those numpties who tried to steal the Light from the Traveller. When Zavala refuses to kneel to Caiatl, things get heated! So, it’s up to the Guardians must preemptively strike at her growing forces. On top of that, they’ll have to fend off the destabilizing influence of Xivu Arath. Sounds like epic Sci-fi goodness to me.

While you are tearing the Cabal a new one, you will get the opportunity to engage in new and old strikes. At the beginning of the season, The Devil’s Lair and Fallen S.A.B.E.R Strikes will return from Destiny! Later on in the season, the new Proving Grounds Strike will unlock. How will you fare against the best of the Cabal in a battle to determine the Last City’s fate? You’ll also be able to fight against Caiatl’s chosen warriors in the Battlegrounds mode, a new matchmade activity for three players. This has been a long-awaited mode, so I’m sure this is getting fans all giddy already!

If you already own the Season Pass you’ll instantly unlock an Exotic bow called Ticuu’s Divination. On top of that, you will also receive the new Seasonal Praefectus Armor Set! Sounds fancy! Furthermore, over 25 Exotic, Legendary and ritual weapons will be dropping for all players! Now that’s a lot of content! Destiny 2’s Season of the Chosen will run until the 11th of May.