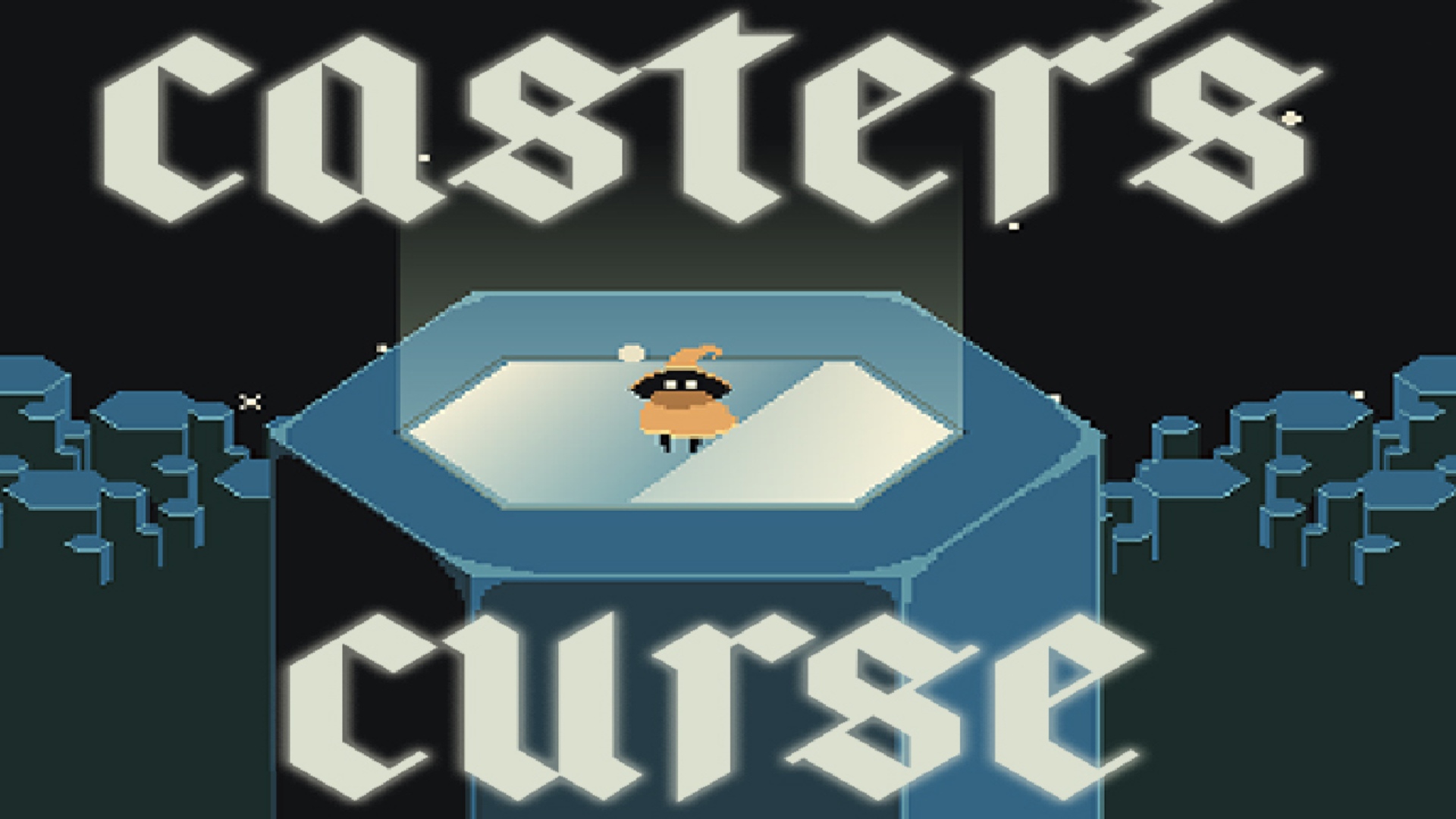 Caster’s Curse, by Slo Nod, takes the simple premise “less is more” and rolls with it. It delivers a compact, clever and concise title that retains the trademark the Slo Nod genius and charm that they’re known for.

In Caster’s Curse, you play the titular Caster who seems to be trapped within a horrifyingly monochromatic world inhabited by headless monks and rabid dogs. He’s cursed, and the only way to break free is to defeat all 5 waves of enemies or die trying.

The basic idea behind this Blackthornprod Game Jam title (developed in one week) is sacrifice. You start with a pitiful pea-shooter that while effective at damaging the enemy, has such a small AOE, it’s practically ineffective. You also begin the game with 5 lives. Before you start each wave, you’re given a choice: sacrifice a life to make your attack stronger. The issue is, should you lose a life in combat, it never comes back, so forgoing lives to improve yourself in combat is a real risk-reward type situation.

“Caster’s Curse is another example of Slo Nod’s brilliance”

This idea is executed flawlessly and, generally, pays off. I’ve played it multiple times now, as the game only lasts a couple of minutes, and each time I’ve experimented with a different loadout. On some, I had giant AOE attacks, but very little health. On others, I dared to fight with my pea shooter but was just about able to survive because of my high health. The beauty of this mechanic is that it encourages multiple playthroughs. It adds an addictive loop to the game, where during each playthrough you want to dare a little more, you want to risk those extra lives to see if you can hack it. With each playthrough, you’ll likely get better, so what is at face-value a three or four-minute experience, ends up being a two-hour excursion into the bizarre world of Caster’s Curse.

Slo Nod is, to me, a little like Nintendo. They craft these games around a basic idea and build upon it in interesting ways that don’t over complicate things but add to them. They create fascinating worlds and characters that ooze with charm and a distinctive individuality that feels wholly unique. Like their previous title Bright Lancer, Caster’s Curse is another example of Slo Nod’s brilliance. Their ability to simultaneously create engaging and interesting gameplay, while also making me want to know more about the world I am inhabiting, is amazing. I can’t wait to see what Slo Nod does next. If this is what they can do in a week, imagine how far their ambition and genius can go with even just a little bit longer?

You can play Caster’s Curse over on itch.io, and maybe consider supporting Slo Nod while you’re at it!