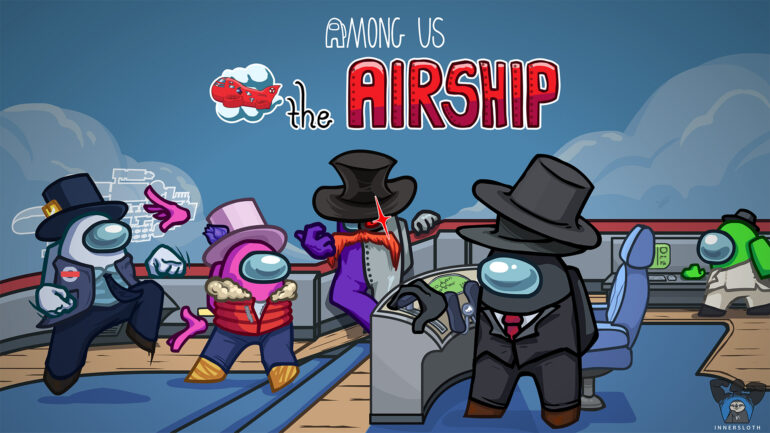 Among Us gets New Map, The Airship, on March 31

Among Us, one of the most successful games of 2020, is receiving its much-awaited new map, The Airship, at the end of this month.

The map will be available for free and will feature new tasks, the ability to pick the room you start in, ladders, a basic account system for moderation and possibly some new free hats.

The dev team was also kind enough to explain why they didn’t release the new map straight away.

What took so long for a New Map?

Due to the game’s popularity before 2020, the dev team considered Among Us to be done and “had moved onto something else.” While the map took a few months due to the size of the dev team, they had to make sure the map worked across all platforms and keep up with the large player base.

Time gets taken away from other tasks because we’ll need to put out a fire somewhere else e.g. when servers go down, we get reports of hackers, etc. Because it means it often affects millions of players, these are high priority items we need to immediately switch to fixing. The more people playing, the more things can go wrong sometimes!

The Innersloth dev team also stated they didn’t want to hire new people to avoid running into management problems, interpersonal clashes, and just “overall coziness”. However, they did seek outside help to stabilise the servers and push the Nintendo Switch release quickly.

The Among Us team stated that programming another map was the easy part. But working on the new map, alongside programming and getting approvals for new consoles, was difficult.

Overall, Victoria Tran and the Innersloth dev team have been completely transparant with why the map was delayed. You can read more about it here on itch.io.

The brand new map, The Airship, comes to Among Us for free on March 31, and if you have Xbox Games Pass for PC, the game recently joined the service.