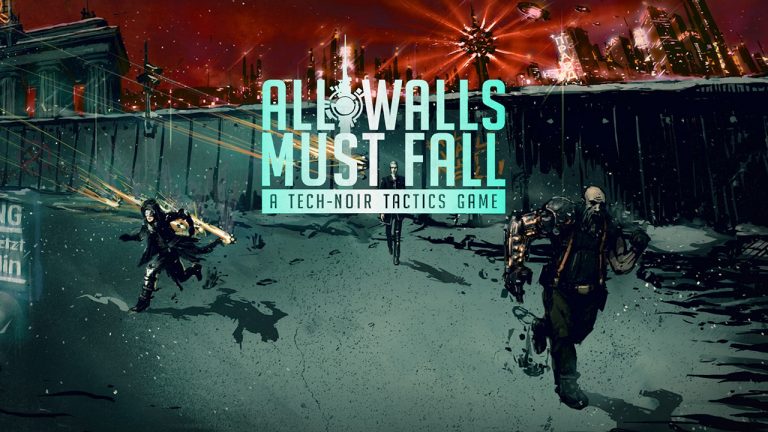 All Walls Must Fall: A Tech-Noir Tactics Game – Switch Review

All Walls Must Fall feels like a game with unbridled potential. Its futuristic dystopia is filled with the usual neon-soaked clubs, pounding techno music, and dreary, drug-fuelled inhabitants. But it’s gameplay mechanics, use of time manipulation, gorgeous combination of 2D models and 3D environments, and detailed locations, in theory, should offer an ambitious, action-packed, joyride through 2089’s Berlin. Unfortunately, they don’t and do little more than frustrate, irritate and agitate.

“Whenever a story segment occurred, I wanted to care, but I really didn’t.”

All Walls Must Fall is a Switch port of the Steam version released way back in 2018. It sees you in the role of a time-travelling agent, whose purpose it is to prevent a catastrophic event from devastating Berlin. Sounds riveting, right? Well, almost. In principle, the story is intriguing and was one of the core reasons I decided to buy the game. Unfortunately, the way it is told, as well as the fact that the game’s campaign is entirely procedurally generated, ensures that the narrative neither works nor is interesting.

The narrative is told through brief text-based conversations at the beginning of each mission with details of what your mission entails. These short bits of dialogue do their best to explain what’s going on. Still, they’re so devoid of personality, and the plot is so grandiose and complex that it never fully communicates the information in an exciting way. This left me feeling a little deflated whenever a story segment occurred, as I wanted to care, but I didn’t.

“The story is ruined by the complete lack of location variety.”

On top of these narrative sections, some missions may require you to engage in a dialogue with certain characters. This involves engaging in a clunky and, at times, confusing minigame that is highly detrimental to your overall experience. The dialogue minigame has you pick between four different options, all of which lead to an increase or decrease, in certain areas. For example, picking “You’re cocky”, may increase the flirty metre, and should you succeed in getting that, or either of the other two metres (Respectful and Scared) up to 100% you’ll succeed in the dialogue.

The main issue with this minigame is that it’s often impossible to discern which option will lead to which metre increasing. On top of that, people’s responses will frequently not match up with the conversation you’re having or will be so nonsensical it renders the whole discussion pointless. It’s like talking to an AI, only it’s no HAL 9000, more like a Battle Droid from Star Wars.

All Walls Must Fall‘s story is ruined by the complete lack of location variety. Almost every mission I completed took place in the exact same club-like location. This came with slight variations due to the procedurally generated nature of the game. The colours may have been slightly different, and the room layouts changed just a tad, but there was no fooling me. They all looked the same, and they all played the same. This was only worsened by the fact that you’re continually shifting around in time, so it’s unclear as to whether this is the same location from earlier or an entirely different one. It also doesn’t make for terribly compelling gameplay.

“It’s a neat mechanic in theory, but in practice is a little pointless.”

You begin each mission outside of a club and must work your way in, either through shooting everyone and everything, or through the needlessly complicated dialogue system, and complete your objective. As you move through the club you use up your time, of which you have a limited supply. Whenever you explore a new room within the club, or successfully complete an objective (such as a combat or dialogue encounter) you are given more time. Any action inside or outside of combat eats away at your time, so in theory, you have to manage it effectively. You’re also given the ability to rewind time should you not like the outcome of a dialogue encounter, or you die. This will naturally eat away at your time, and should thus be used sparingly.

Frankly, I never found I was ever in danger of running out of time. The game is so generous in handing out additional time, and you can upgrade how much you start off with initially (via the shop you can access after each mission), that it meant I was usually fine for the duration of the mission. There were times when I had to constantly rewind a dialogue encounter, as failing it will often lead to unnecessary violence, and that ate away at a significant chunk of time. But exploring a new room reset it to a comfortable level. So, really, it’s a neat mechanic in theory, but in practice is a little pointless.

“In terms of how this game has transitioned from PC to Switch, well let’s just say it could be better.”

Despite most of this game not living up to its ambition, the combat is enthralling. It’s Superhot-esque, in that every time you move, time resets. This means that you have to calculate your actions correctly or suffer a bullet to the head. There’s not the most comprehensive variety in enemy type, but what’s on offer is exciting and makes you think. It will often lead to hectic combat encounters, where you’re rushing about, desperately trying to avoid an incoming bullet, while taking out that sneaky good-for-nothing so-and-so as he teleports behind you.

Once you take everyone out, which will be tough, you get to see a real-time replay of your encounter. While this is a neat addition, it too is fraught with problems. The camera angles used to best display your action-packed battle are often inconsistent at best, and ridiculously pathetic at worst. You can barely tell what’s happening half of the time, which doesn’t make for an entertaining watch.

As I mentioned before, every mission takes place in the same location, albeit slightly altered. This means that combat encounters, as fun as they can be, are draining toward the latter half of the game. The monotonous repetition, and slow introduction of new mechanics or enemy types, means that everything feels the same, every single time. It gets really boring and frustrating to play, which is ultimately a disappointment.

In terms of how this game has transitioned from PC to Switch, well let’s say it could be better. I played mostly handheld, and the visual fidelity isn’t the clearest. The game is woefully blurry at times, which means you miss out on some really nice artwork on the character sprites. My eyes adjusted after a while, which was good because there’s some really great art direction on display here. Despite every location being ostensibly the same, they still look good, and the developers have nailed the club-look. 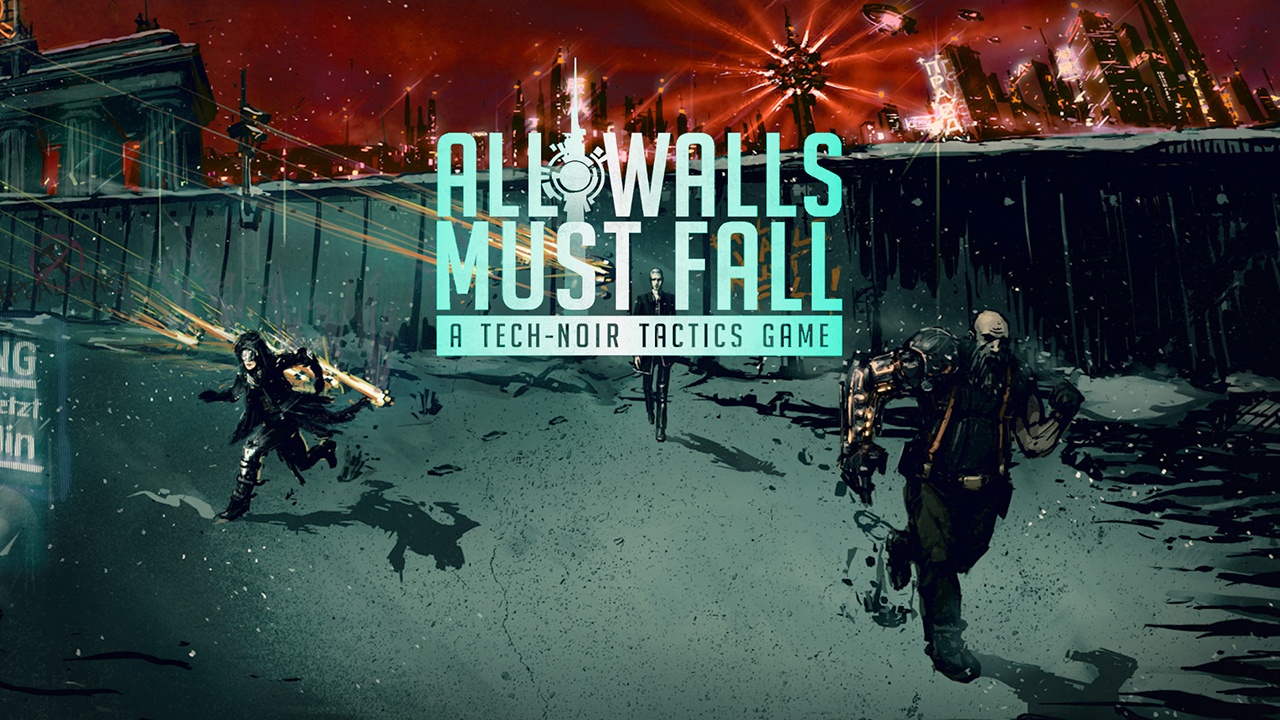 All Walls Must Fall Review
Summary
All Walls Must Fall had serious potential to be a mind-bending, time-shifting, techno-infused, XCOM clone, but unfortunately falls flat. The story is poorly told. Thus, it feels inconsequential. It's repeated locations make an otherwise excellent combat system tiring and dull, and its inspired visuals are let down by poor visual fidelity. It's a game with a lot of ambition and great ideas that have been unsuccessfully executed. Ultimately, I wish one wall had stayed up: the one that puts me very very far away from this mess.
Pros
Enthralling Combat
Generous Amount of Time
Cons
Woefully Blurry
Monotonous Repetition
Lack of Location Variety
4
Poor