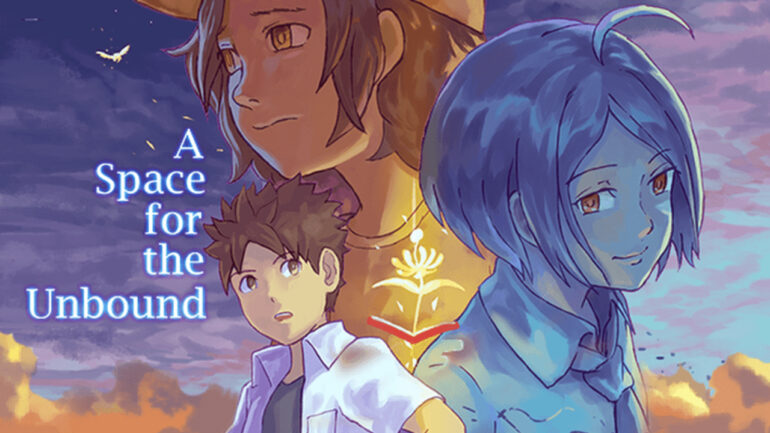 A Space For The Unbound: Hi-Bit Narrative Bliss – Demo Preview

When initially scrolling through the games in this year’s LudoNarraCon, it only took a single look at the screenshots to sell me on A Space For The Unbound. I hopped into the prologue and was immediately taken in by its hyper-detailed hi-bit rendition of Indonesia in the 1990s and drawn into the heartwarming magical realist narrative.

In this prologue to this simplified adventure game, you control an unnamed protagonist, an adolescent boy wandering rural and urban streets who acts as a sort of older brother figure to a troubled young girl, Nirmala.

The game begins with her telling a fantastical fable, but she can’t remember the ending. She’s is blocked by self-doubt and difficult home life. You must use the game’s central mechanic, a red book, to travel into her mind to free herself of her worries. Though she remembers after your assistance, Nirmala needs one more ingredient to complete the tale, a magic wand in her bedroom. The journey to return it to her makes up the rest of the prologue.

“Accompanied by a gentle soundtrack, A Space For The Unbound seems primed to fit in well with other excellent melancholic melodramas”

But not all the encounters are so serious. A puzzle about halfway through the demo involves hopping into and repairman’s mind playing some of his favorite music and taking care of several of his apartment woes to help him finally get some good quality rest. Your reward? In classic adventure game humor, you can take his ladder to solve the next puzzle.

Accompanied by a gentle soundtrack, A Space For The Unbound seems primed to fit in well with other excellent melancholic melodramas like To the Moon, Oneshot, and Undertale. Interactions between the boy and Nirmala feel endearing but genuine, and dialogue broaches real-world issues alongside the excellent presentation.

Environments are busy with unique details about Indonesian culture and fun conversations from NPCs that allow the player to soak in the time and place. Even cute playable animations and small touches, like petable cats or a mysterious girl following you throughout the prologue and always in the background, make each screen feels alive.

Controls are streamlined to WASD and shift to interact with characters, hopefully ensuring a port console in the future, but for now, we’ll all have to wait to take the next chapters in this magical adventure game. The demo is available now, with a full release not yet announced.

Be sure to head on over to A Space For The Unbound’s Steam store page to try the demo out for yourself. You can also wishlist it on Steam to be notified of any future updates.