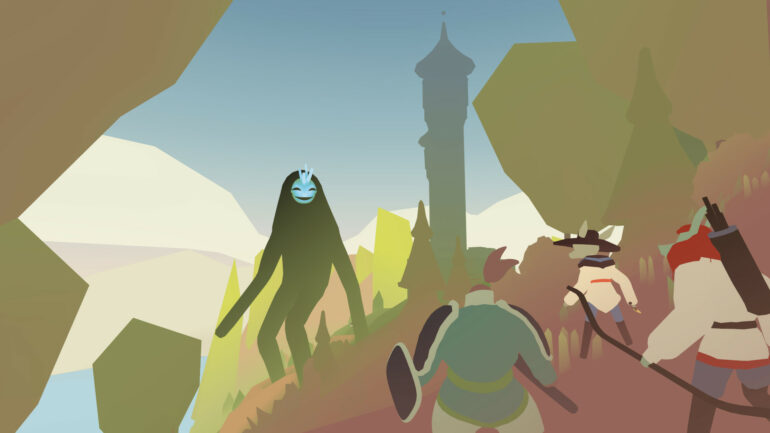 You Need To Play: Tenderfoot Tactics

I have an insane backlog of games that grows bigger and bigger every day. Surprisingly for a games journalist, I play very few games, and when I do, I play for reviews. So, I figured I’d make up a fancily named series, so I’d finally have a work-related excuse to play all those PS4, Switch, and Steam titles I’ve bought and begrudgingly abandoned on the sidewalk like an unfinished bag of crisps left in a hurry. Welcome to the first of what I hope will be many in the You Need To Play series. The first entry, Tenderfoot Tactics, is a stunningly, unique tactics game that has instantly justified starting this series.

Tenderfoot Tactics And The Surreal

There’s something so abrasive about the surreal, distinctly unwavering, unapologetic, hauntingly beautiful art form that can feel both meaningless and utterly meaningful. Salvador Dalí once said, “Surrealism is destructive, but it destroys only what it considers to be shackles limiting our vision.” That quote can be applied to Tenderfoot Tactics, a surrealist hellscape masquerading as a game.

It’s undeterred in its warping vision of a fantasy-landscape, the world quite literally melting away as you journey throughout its vast, haunted lands, thrusting it upon us, destroying our perceived notions of what it is to be both an open-world and a fantasy one. In doing so, Tenderfoot Tactics opens our eyes to the beauty of not only the surreal and the abstract but the non-linearity and absence of singularity in video-game mechanics.

What initially drew me to Tenderfoot Tactics was its unashamedly bizarre visuals and plaintive world. As you explore, your band of goblins dashing from point to point, a vast fog engulfs you, marring your vision of what lies ahead, encapsulating you in a nightmarish abyss. Eventually, you’ll come to the precipice of the border that separates the vibrant, colourful, warm land from the only way forward, through the vast world of death and destruction. You can see ghostly apparitions in the distance, watching silently, waiting for your arrival. They stand as the dead lie, watching as your feet tremble, and the fog tightens its grip of you and your band. You have no choice; the next objective lies beyond those souls, beyond the corruption and melancholy. You step forward.

A Homeric Odyssey For The Ages

Tenderfoot Tactics is an SRPG that blends conventional turn-based combat with elemental destruction. Whenever you encounter one of those lugubrious goblins, you’ll get thrust into a battle. You and your foe are separated from the rest of the world, trapped in your conflict until either side wins. Each of your six characters takes it in turns to outsmart your opponent, using abilities you learn every time you level up. Of course, your opponent has their opportunities to attack, so it’s prudent that you monitor the movement order.

The enemy is brutally challenging, utilising skills beyond your comprehension, and winning requires skill and patience. You need to correctly identify each of your characters’ talents and know where to place them in the running order. Should you lose a fight, which you almost certainly will, you’re thrown back to where you last rested and must journey on again.

The rhythm of exploring a world that seems beyond recourse, a world thrust into perpetual darkness, haunted by those who wish you harm, by nonsensical barbarians and enigmatic troublemakers, is enthralling. You progress as far as you can, taking on those that you can best, evolving your goblins into more potent fighters with new abilities, until eventually you’re defeated and must make the trek back through the desolate forests, or across the forsaken sea. Unsurprisingly, Tenderfoot Tactic‘s surrealist elements, refined gameplay, and ability to reign in the unconscionable myriad of wearisomely irksome open-world mechanics found in triple-A titles ensure you’re never bored, and the grind never feels repetitive.

Tenderfoot Tactics is a brilliantly enrapturing game, one that consistently rewards the player both literally with experience points and with the pleasure of exploring its captivatingly surreal world. It is a game that needs to be seen to be believed, a game that no trailer or screenshot will do justice, but I assure you, once you start playing Tenderfoot Tactics, you’ll never want to stop.