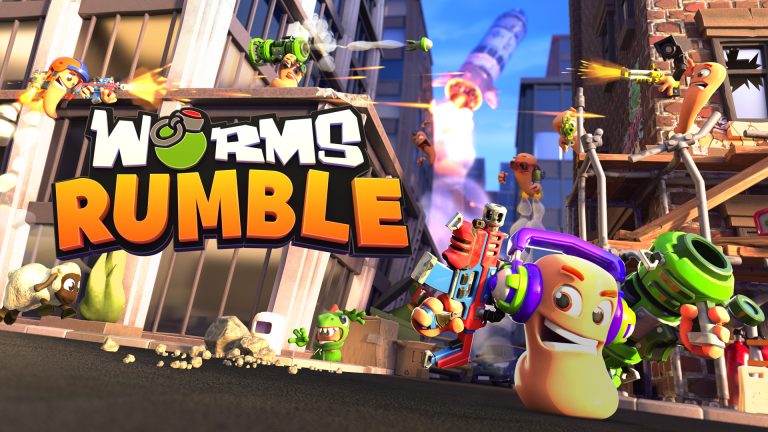 Worms, Just Cause, and Rocket Arena are December’s PS Plus Games

The PlayStation Plus December games have been announced on the Playstation Blog, and the veteran turned-based franchise, Worms, is debuting a new game on PS4, and PS5. Worms Rumble will be joining the December PS Plus lineup alongside Just Cause 4, and Rocket Arena.

All games will be available to play from December 1 through to January 4.

For the first time in the series, Worms Rumble will not be turn-based. Instead, it is an intense, real-time, arena shooter with cross-platform combat. There is both a deathmatch, and battle royale mode with all the fan-favourite weapons returning as well as some new additions to shake up the gameplay. With plenty of customisation options, daily challenges, and seasonal events, Worms Rumble looks like a must-have game this holiday season.

Just Cause 4 was released in December 2018, and puts you face to face with the Black Hand, a hi-tech private military organisation. You face off against Gabriela Morales while uncovering the truth of Rico’s father’s past life on Solis’ and its extreme weather. From the rainforest to desert, to snowy mountain peaks, the South American country of Solis has it all. You will also be equipped with a wide selection of weaponry, vehicles and gear to cause chaos with.

Rocket Arena, a game which has struggled since launch, is also in the December lineup. Rockets rule everything in this 3v3 hero-based shooter. As you level up you will unlock different customisation options to make your hero specific to you. You will also uncover powerful artefacts to give your heroes stat boosts and effects. Hopefully, this is precisely what Rocket Arena needs to save itself from being another forgotten arena shooter.