Where the Heart Leads: Ambition at a Price – PS4 Review

In the first twenty minutes of Where the Heart Leads, I had my doubts. It aims to tell the story of a man’s life from childhood to old age. But the dialogue was stiff and unspecific, and the surrealist element of a sinkhole swallowing up yourself and the family dog when you attempt to rescue it, leading to a plot-breaking reflection on the protagonist, Whitney Anderson’s life, was an odd way to frame the narrative of the game.

But when you’re grounded in Whitney’s life, forced to guide him through a network of meaningful and everchanging paths and relationships on his family farm as a teenager, it starts to come together. Even attempting a story of this size in a 7-10 hour game seems ill-advised. For all its shortcomings, its dull moments, its bizarre narrative decisions, its undeveloped corners, Where the Heart Leads manages to capture life in motion, and a lifetime of story and lessons that play out organically in response to your actions.

“In this system of no right or wrong answers, Armature Games creates an experience full of sacrifices.”

After the sinkhole framing device, Where the Heart Leads begins in earnest, introducing core characters in Whit’s life, including his artistic but troubled brother Sege, his emotionally distant father, and, Rene his ambitious partner and future wife. All of these characters and many more come into play in the first few hours. They take Whitney through his fleeting summer days before college to young adulthood in Carthage and beyond.

From the beginning, you have to take a side on various issues. All of these will result in a myriad of different outcomes that affect the relationships with your core group. While you can choose to take the middle ground in every choice, it’s not always the best idea. In doing so, you can end up alienating yourself from both sides in an argument. In my own playthrough, characters even called me out for never taking sides at times.

Gaining the trust of everyone is next to impossible, even for the most persistent players. In this system of no right or wrong answers, Armature Games creates an experience full of sacrifices. Where the Heart Leads ensures there are no true win states or correct paths, only a complex tapestry of agency you weave yourself. I have never seen it done in a game to this scale.

“These tough choices are so pervasive in the game.”

A constant source of tension in the game is between Sege and your father. Sege is a young aspiring artist entrenched in hippy culture and with a taste for rebellion and alternative lifestyles. On the other hand, Whitney’s father was raised on a patriotic diet of individualism, traditional family roles, and personal goals.

But behind Sege’s relaxed and philosophical leanings, there is some selfishness and inherently unreliability he interprets as hippy culture. The real question becomes: how do you believe in him enough to still call him out for his bullshit and support him to follow his dreams? Or do you choose to never believe in him at all?

Without spoiling too much, an accident occurs early on in the game that turns out to be Sege’s fault. It’s up to you whether or not you rat him out or let him off the hook to solve it on his own. It is these kinds of choices that are so pervasive in the game. Do you trust the person enough to let them choose their path? And when do you step in? If ever?

“Where the Heart Leads is at its best when its combing decision-making with a world that is hard not to love.”

This is where Where the Heart Leads is at its best, combing decision-making with a world that is hard not to love. It is a world filled with relatable characters each with their own dreams and goals, ambient tinkling keys and strings, impressionistic backgrounds, beautiful blotchy spaces of nature, and striking structures still homily in scope. But unfortunately, between these meaningful conversations and quiet moments of mundane beauty lies frequent long-drawn-out dialogues. Though feeling necessary for the pacing, I can’t help but feel they are a little monotonous.

Most dialogues exist to give background details about the town of Carthage and other less interesting characters. However, they often fail to feel as fully realized as the core group surrounding Whitney. Unfortunately, in my playthrough, all except for Sege seemed to drift into the background for long periods. Many felt like they had rushed arcs when their lives played out in full in the latter half of the game. Especially Whitney’s relationship with his children, which was pushed off until the very end of the game

Its open approach to level design as opposed to tightly cut scenes with distinct plotlines also felt like a misstep. The long sections played out dully as I wandered around the town or farm, talking to characters with nothing of note say, occasionally unsure of where to go next, and holding down square to build or repair various structures.

This design decision failed to grab me because it lacked urgency and the meaningful decision-making of dialogue choices. Had it included a limit on how many tasks you could take on in a single section, it might have alleviated some of these moments of boredom. At the very least it could have made traversal less repetitive. With building and creation being a running theme throughout the game, I was also disappointed it lacked any building and creation sim elements.

“Where the Heart Leads’ ambitious branching narrative rivals standouts of the genre like Oxenfree and Telltale’s The Walking Dead.”

However, despite my desire for drama, I also acknowledge that maybe these dull moments help cement Where the Hearts Leads wishes to take its story. Dull moments are a part of life, and perhaps those moments have a place even in art and entertainment.

Even with these caveats, though they make it less likely I will revisit Where the Heart Leads, they do not blot out its successes. Its ambitious branching narrative rivals standouts of the genre like Oxenfree and Telltale’s The Walking Dead, and though its slow pace is not for everyone, it is an achievement in interactive storytelling. 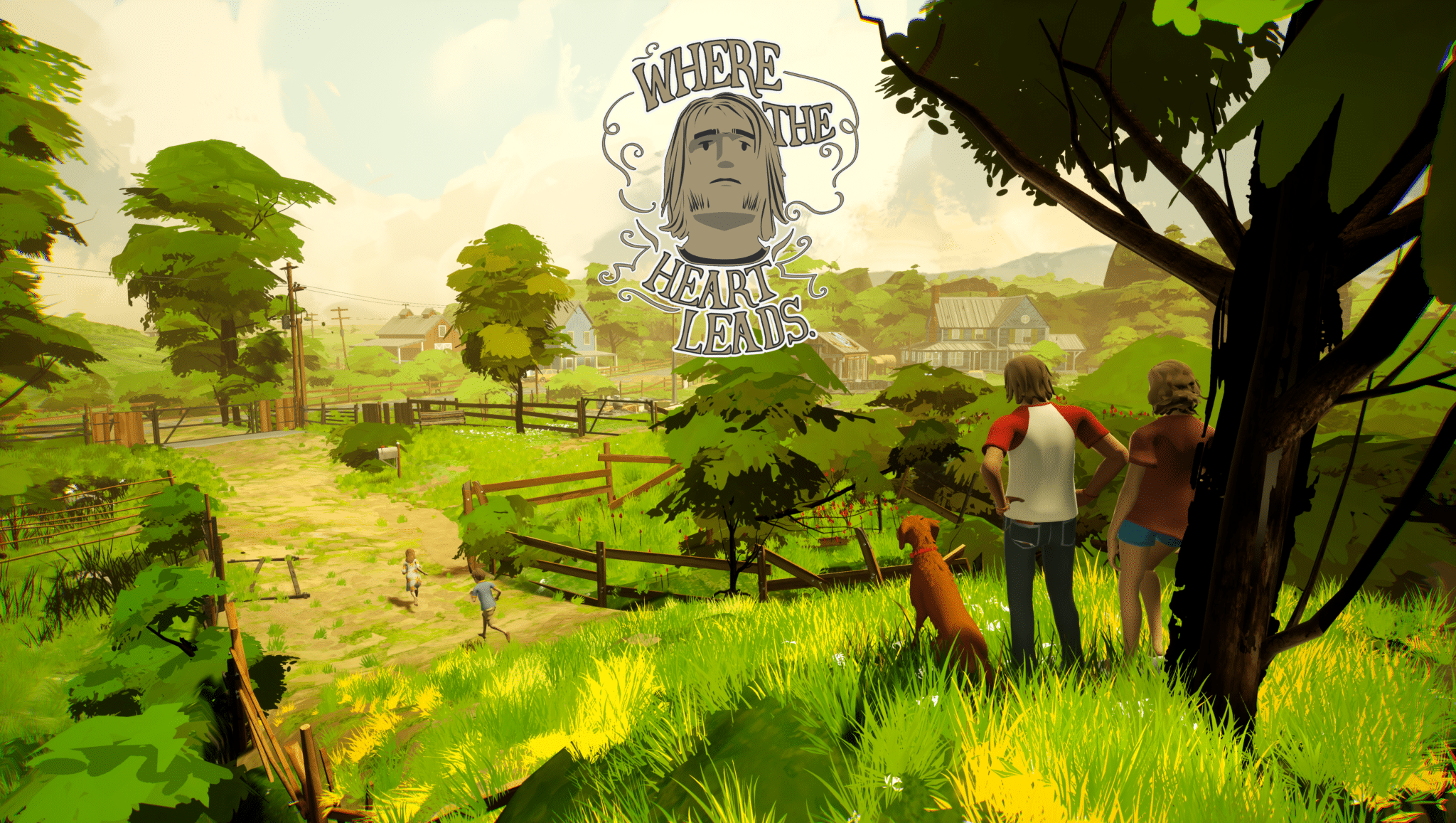 Summary
Though it stumbles in its aspirations, Where the Heart Leads is an excellent narrative adventure game where choices do matter.
Pros
Lots of meaningful choices
Great memorable characters
Excellent soundtrack and visuals
Lots of replayability
Cons
Some characters feel underdeveloped
Slow pace
Occasionally overwritten or rushed
7