With roots in tabletop, it’s not hard to see the appeal of shapeshifting between numerous forms to achieve your goals. Garou warrior, Cahal, can take down unsuspecting enemies up close or from a distance, sneak about silently as a wolf, and tear through exo-suits and soldiers as a hulking mass of fury. All three have moments where they shine, but you have no choice in how you use them. The story and gameplay in Werewolf: The Apocalypse – Earthblood feel too linear and manage to rob you of what could have been a remarkable experience.

As a guardian of the Wyld, the force of creation, Cahal is tasked with fighting the Wyrm, the force of destruction driven mad with aims to bring about the Apocalypse. After a rescue mission results in his wife’s death, Cahal momentarily gives into the rage of his werewolf form, killing one of his own. Cahal exiles himself from the pack, leaving his daughter behind. Five years later, Cahal returns to face his daughter, Aedana, when he learns of a planned attack on his home.

“You are meant to care because you are in control of Cahal, but the story offers no insight into his reasoning nor exile.”

When Aedana is kidnapped by the Wyrm’s forces, you are taken on a series of wild goose chases. Cahal tracks down Aedana’s whereabouts only to find she was moved to yet another facility. The attempt at adding variety to levels is noted but fails as you’ll skulk through rehashed versions of the same rooms. Before this, Aedana expresses her feelings of abandonment to Cahal but immediately returns to calling him “Dad” once you complete the next mission. This missed opportunity at vital character development failed to foster an emotional connection and sets the bar for the rest of the game.

The story is one-note, with no thought taken into the player’s investment. Earthblood does next to nothing to explore the world’s lore in any meaningful way, regulated to repetitive documents and letters scattered around its levels. You are meant to care because you are in control of Cahal, but the story offers no insight into his reasoning nor exile. You will learn little about the world of Werewolf: The Apocalypse – Earthblood. The game tells you information and expects that to be enough.

“Occasionally, characters will display what I can only describe as emotional face scrunched.”

With no way to relate to the main character, the story falls apart as interactions manage to be bland in comparison. Dialogue is nothing short of a hot mess, being inconsistent, unamusing, and confusing. At times, Cahal’s friends will contact him, forcibly switching you into the human form so you can talk while slowly jogging down a hallway before you enter another room full of enemies. This broke immersion as it continually happens throughout missions, only for you to need to switch into another form immediately after.

Visually, Earthblood ranges from awful to fantastic. At times, NPC’s will slide instead of performing proper walking animations and erratically move about when talking. Occasionally, characters will display what can I only describe as emotional face scrunches. Cutscenes are an improvement, but since every character sounds mildly grumpy at all times, they amount to little more than obstacles halting you from biting someone’s face off.

“Despite how great transforming feels, I found stealth to be deeply appalling at the beginning of the game.”

As you make your way through each level, you have access to the Garou three forms. The Homid form allows Cahal to blend in with humans, talk to NPC’s, raise his rage by taking illicit substances, and utilise his crossbow to dispatch enemies from a distance. You carry a limited amount of bolts, and the crossbow has a habit of leaving bodies out in the open. As such, you need to observe patrols and time your shots. You can upgrade your crossbow to take out security cameras, but this feels mandatory early game and steals the feeling of choice away from character progression.

Cahal takes the shape of a wolf in the Lupus form and can sprint about and hide in air ducts. The movement in Lupus is vastly superior to the Homid, and it even feels natural sneaking through ducts compared with other games. Though I could never find anything on it within the tutorial section, the Lupus form also had a Bark ability that allowed me to lure enemies.

Despite how great transforming feels, I found stealth to be deeply appalling at the beginning of the game. You use both your Homid and Lupus forms for stealth, which feel incredibly underwhelming as you deal with the shortcomings of both. The Homid is slow and cumbersome, and once you are out of bolts or find yourself in a position where using the crossbow will not be advantageous, there is very little left to do. You can take down weaker enemies up close, but you will first need to shift into Lupus to have any chance at this. While the Lupus has improved movement speed, it draws just as much attention as the Homid form, making its purpose confusing.

“Ultimately, I never felt more powerful in Crinos than I did against the first boss.”

The enemy line of sight is never clearly defined, resulting in frequent and seemingly random detection. When a guard begins to notice your presence, you must find a way to hide before they decide to investigate. If they come across a body or see you, enemies will trigger combat if not silenced quickly. In the first level, I was repeatedly detected almost instantly from across the room. After growing frustrated at the situation, a glitch locked me into the animation for moving through a duct, making me invisible to enemies for the rest of the level.

The level design in Werewolf: The Apocalypse – Earthblood is atrocious and feels set up to allow you the chance to pick off an enemy or two. This seems pointless as enemies spawn from armoured doors in waves once alarms are sounded. In Homid form, you can sabotage these spawn points, causing damage to enemies when they enter the battle. However, the game never clarifies if this is the point of stealth or if you should be able to avoid combat altogether. A second-tier skill allows the Lupus to move about without being detected instantly, but it’s problematic that a stealth game makes you work for stealth to be feasible.

If you are seen or choose to abandon stealth, Cahal will shift into his Crinos form, and this is where Werewolf: The Apocalypse – Earthblood gets things right. The soundtrack for this form alone feels empowering, as you eviscerate everything in your path. The Crinos can switch between an Agile stance that focuses on movement and dodging and a Heavy stance that improves damage. Both feel great and make sense though I found combat to feel more fluid with a controller versus keyboard and mouse.

“Even in boss fights, combat areas feel cramped and barren.”

As you grab, throw, smash and tear apart your foes, you build Rage to spend on healing and special attacks. Simultaneously you accumulate Fury, which lets you trigger a Frenzy state. Frenzy combines both stances but locks out your combat skills like healing. While using the Crinos was awesome, enemies failed to be exciting and were more of an annoyance.

Simple guards are cannon fodder for you to build your Rage and Fury and essentially pose no threat. Soldiers carry shields and armour to take more damage or silver weapons that lower your max health for the remainder of the fight. Heavy enemy types such as Exo-Suits or Wyrm injected Elite Soldiers are damage sponges and will spam charge moves that are occasionally interruptible. The variety of enemies does start to change as you progress through the game but not to the degree that significantly improves the experience. I found it frustrating that I could not jump over certain enemies in Agile stance or that the  Heavy’s power didn’t outweigh the benefits of dodging multiple times.

The majority of boss fights in Werewolf: The Apocalypse – Earthblood are against other werewolves. This feels fantastic the first time but grows stale as they reuse the same execution animation for all but one. The two bosses that are not werewolves are uninspired and are just larger versions of basic enemy types with exaggerated health bars. Even in boss fights, combat areas feel cramped and barren, with ledges as the only obstacle found aside from an odd pillar placed in the centre of the room during one later fight. Ultimately, I never felt more powerful in Crinos than I did against the first boss.

“I never felt in control or that I had a choice in progression.”

For an RPG, Earthblood feels grossly limiting and unrewarding. You earn skill points from spirits you find, usually inhabiting some form of plant life or totem; this encourages exploration though there isn’t much to explore, even in open areas like the forest or the desert. Skill points unlock abilities from nine skill trees though most of the non-combat focused skills feel like the bare minimum necessary for the game to work. Some skills felt pointless yet strong-armed me into unlocking them to gain access to ones essential for stealth. I never felt in control or that I had a choice in progression.

While heavily disjointed, I found joy in moments of Werewolf: The Apocalypse – Earthblood. When stealth is allowed to work, it feels great to clear an entire room to avoid an unnecessary fight. Using sneak attacks and sabotage to prepare yourself for battle was a great idea, but it suffers from a lack of compelling stealth elements. Combat is a fantastic experience but is brought down by poorly defined and uninteresting foes that tank your attacks and swarm you incessantly. Interacting with the world and learning anything about the universe is a chore that muddles the experience, but I am happy to see the World of Darkness universe have its chance in the limelight. 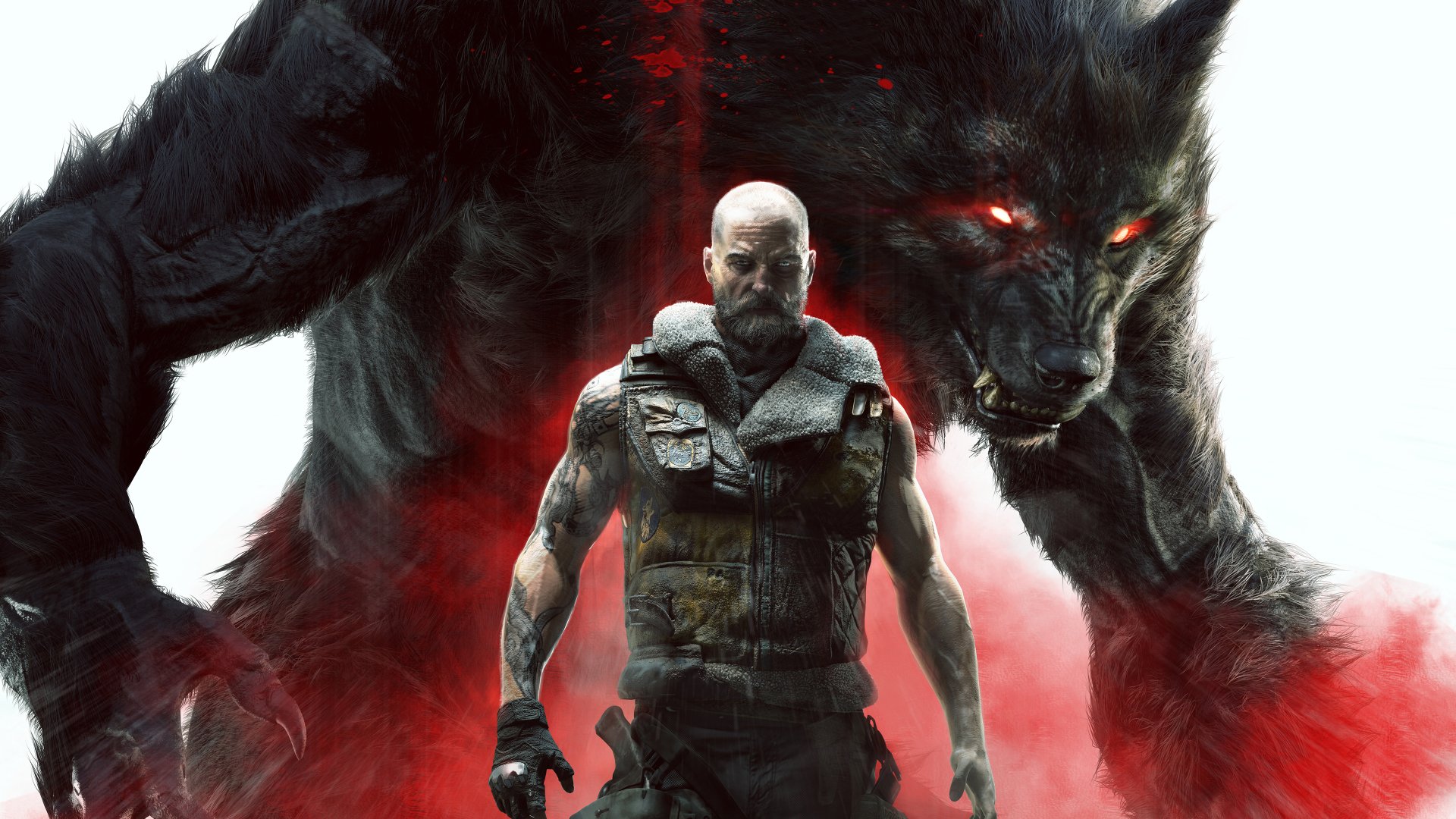 Werewolf: The Apocalypse – Earthblood Review
Summary
Disappointingly, the game attempts too much while succeeding at very little. Juggling stealth, combat, exploration, and quests is often tedious and, at best, mildly rewarding. At times the game will deliver a glimpse of a great power fantasy, only to be torn down by everything else it has to offer.
Pros
Fantastic Combat
Some Forms Felt Empowering
Cons
No Choice in Progression
Lack of Stealth Elements
Unintersting Enemies
4
Poor