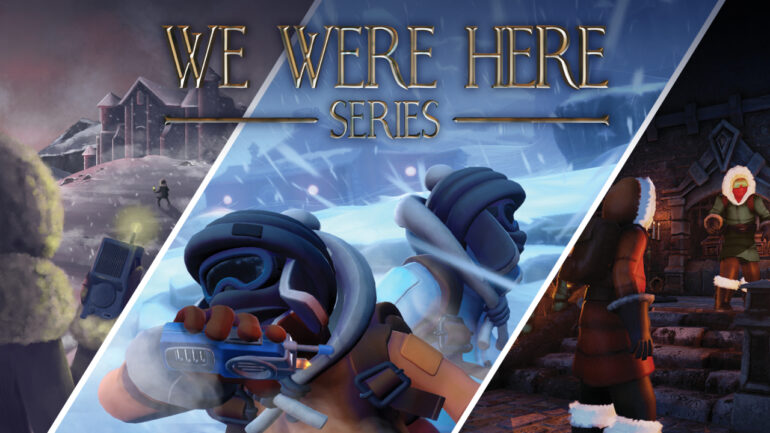 Developers Total Mayhem Games have finally released their atmospheric puzzle title, We Were Here, on PlayStation 4 and are offering it for free until the end of February.

We Were Here is an atmospheric, co-operative, puzzle adventure title that centres around players working in conjunction with one another while communicating via walkie talkie. You’ll have to explore mysterious locations, search for clues and work together to solve puzzles. It attempts to emulate the escape-room experience while taking inspiration from classics such as Myst and Amnesia: The Dark Descent! I’ve had my eye on this franchise for a while, and being able to play cooperatively on what is undoubtedly the best platform out there is a huge plus in my eyes!

The series has been around for a while now on other platforms, including Steam and Xbox, but has been dropped out of the blue today on PlayStation 4! The folks over at Total Mayhem Games are even generous enough to offer the first title in the series entirely for free until the remaining titles launch on February 23rd! If you claim it now, it’s yours to keep forever! Aren’t you a lucky duck!

If you’re interested in the remaining two games in the series, We Were Here Too and We Were Here Together you will be able to purchase them separately, or in a bundle along with the first game for a discount. If you’re not a PlayStation fan, then fear not as the games are free over on Xbox and Steam as well! In fact, if you head on over to Steam you can purchase the entire series over there now for the discounted price of just £18.94! So grab some friends, head on over to wherever you get your games, and nab yourselves a free copy while they’re still available!