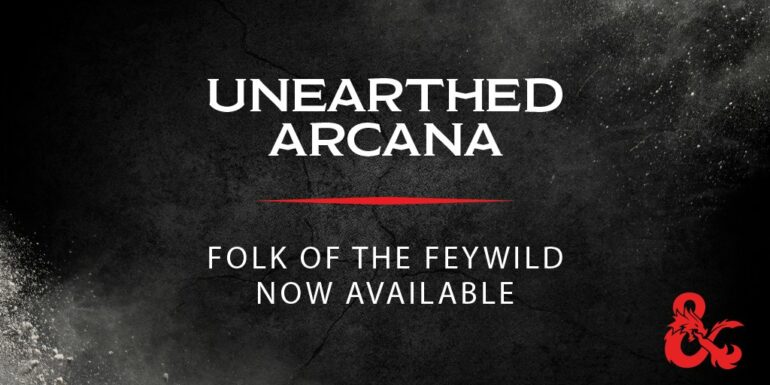 Wizards of the Coast have released their newest set of playtest material: Folk of the Feywild. This recently revealed Unearthed Arcana details four new and exciting races tied to mysterious Feywild for you to play.

The magical realm of the Feywild has captured the hearts and minds of many a player over the years. From the otherworldly beauty of the nature and the folk who live there, to the mischievous and dangerous Fey creatures and all their tricks, the Feywild has always had a way of luring players and their characters into mischief. Now, with four new races hailing from this mystical realm, players can bring the chaos and trickery of the Feywild with them everywhere they go! Below, we detail the most exciting features of these new races for you.

First of the Folk of the Feywild is the Fairy. Small and delicate, Fairies are imbued with the magic of the Feywild, which gives them certain traits.

Hobgoblin of the Feywild

Despite being present throughout the Material Plane, Hobgoblins originally hail from the Feywild. They are larger than their Goblin kin but smaller than Bugbears and have the following abilities.

Owlfolk are Humanoid creatures and are distant relatives of Giant Owls. They are feathered, sometimes nocturnal, and are excellent at staying quiet.

Our final addition to the Folk of the Feywild is the adorable, bipedal Rabbitfolk. With their fuzzy skin and elongated feet, Rabbitfolk are excellent hoppers and are very perceptive.

So that’s it! Let us know in the comments what you think of these exciting new races. And if you’re keen for more D&D related goodness, check out our previous posts about Wizards of the Coast‘s upcoming sourcebook, or newly funded Kickstarter, The One Ring.