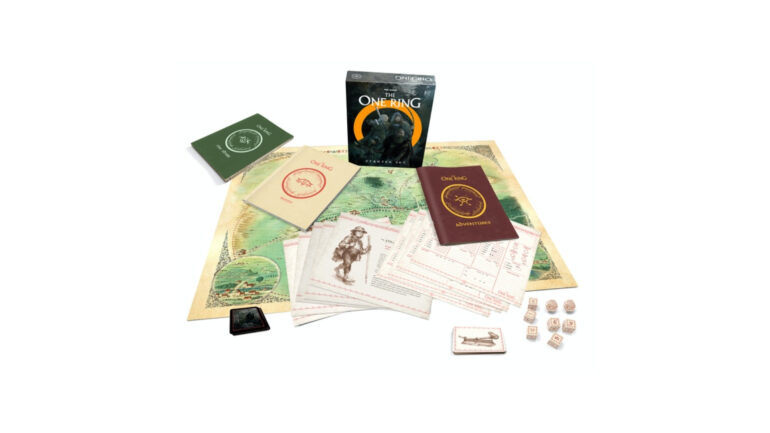 The One Ring, TTRPG: Kickstarter Funded in Minutes

The second edition of the popular tabletop role-playing game (TTRPG), The One Ring, recently went live on Kickstarter and saw itself funded in just 4 minutes!

Back in 2011, Free League Publishing released a new TTRPG titled, The One Ring. Set in the fantastical world created by the renowned J. R. R. Tolkien, the game was immensely popular with fans of tabletop role-playing and The Lord of the Rings alike. I mean, who doesn’t want to live out their dreams of being a hobbit?

So, What’s New in The One Ring?

The One Ring is back for a second edition, published in partnership with Sophisticated Games. This sourcebook covers the Twilight of the Third Age, or more specifically, the moments from Bilbo finding the One Ring, to the final fight against Sauron that saw the ring destroyed. Players take on the role of ordinary folk within Middle Earth who take up adventuring once it becomes clear that The Shadow is threatening their way of life.

This second edition of The One Ring boasts the following exciting features:

What You Need to Know to Get Involved!

If you’re as excited about The One Ring as we are, then you’ll want to head on over to the Kickstarter to take a closer look! Pledges that will see you receiving the sourcebook start at $36 / €29 / £26. Hurry, though, for at the time of writing, there are only 3 days left to pledge!

Let us know in the comments what you think of The One Ring. Are you a LotR fan? If classic D&D is more your style, check out our latest post detailing the newest sourcebook for 5e.