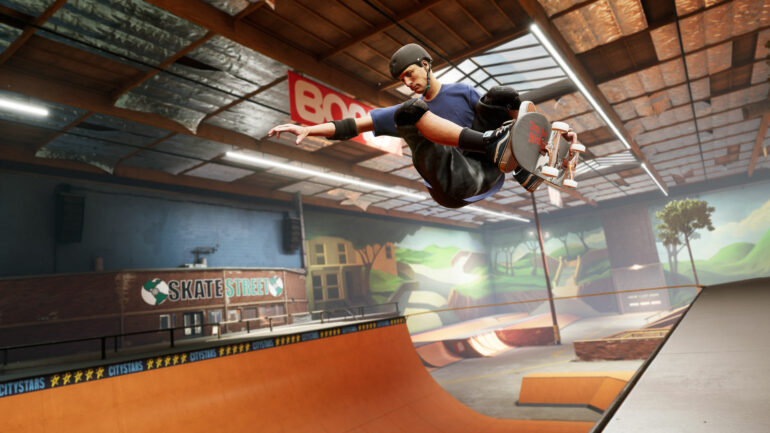 Tony Hawk’s Pro Skater 1 and 2, the much beloved remasters of the classic Tony Hawk’s games, are finally getting Nintendo Switch, PlayStation 5 and Xbox Series X|S ports later this year.

Tony Hawk’s Pro Skater 1 and 2 is a 2020 remaster of the classic skateboarding games Tony Hawk’s Pro Skater (1999) and Tony Hawk’s Pro Skater 2 (2000). It received critical acclaim, including from The Game Crater, garnering a Metacritic score of 89! Unfortunately, those waiting for the next-gen consoles, or perhaps for a Switch port, were regrettably left out. Well, not any longer, as according to an Activision blog post, the game is getting the ports it deserves!

There’s a whole slew of updates and upgrades coming to next-gen versions. Boasting that the next-gen editions will be the “sharpest, smoothest experience to date”, Activision has released information regarding what exactly is changing with these editions. Here’s everything that’s changing:

Essentially it’s going to be the better looking and better running version of the game! If you already own the base game, then you can upgrade to the Cross-Gen Deluxe Bundle. This will give you all the next-gen features, as well as access to the secret skater The Ripper, retro gear for Create-A-Skater, and retro skins for Tony Hawk, Steve Caballero, and Rodney Mullen. It will cost $10. If you already own the Digital Deluxe Edition on either PlayStation 4 or Xbox One, then you can download the next-gen update at no additional cost.

The PlayStation 5 and Xbox Series X|S edition is releasing this March 26th.

Not much has been said about the Nintendo Switch edition of Tony Hawk’s Pro Skater 1 + 2. While we can expect it to be somewhat downgraded, the only thing Activision had to say on the matter was “for on-the-go play, the Nintendo Switch version can’t be beat, giving fans the chance to skate with their favourite pros wherever they are.” So, not much, basically.

The Switch port also doesn’t have a solid release date. Instead, Activision has given it the tentative release date of “later in 2021”. For now, all we can do is wait patiently and hope it comes sooner rather than later!