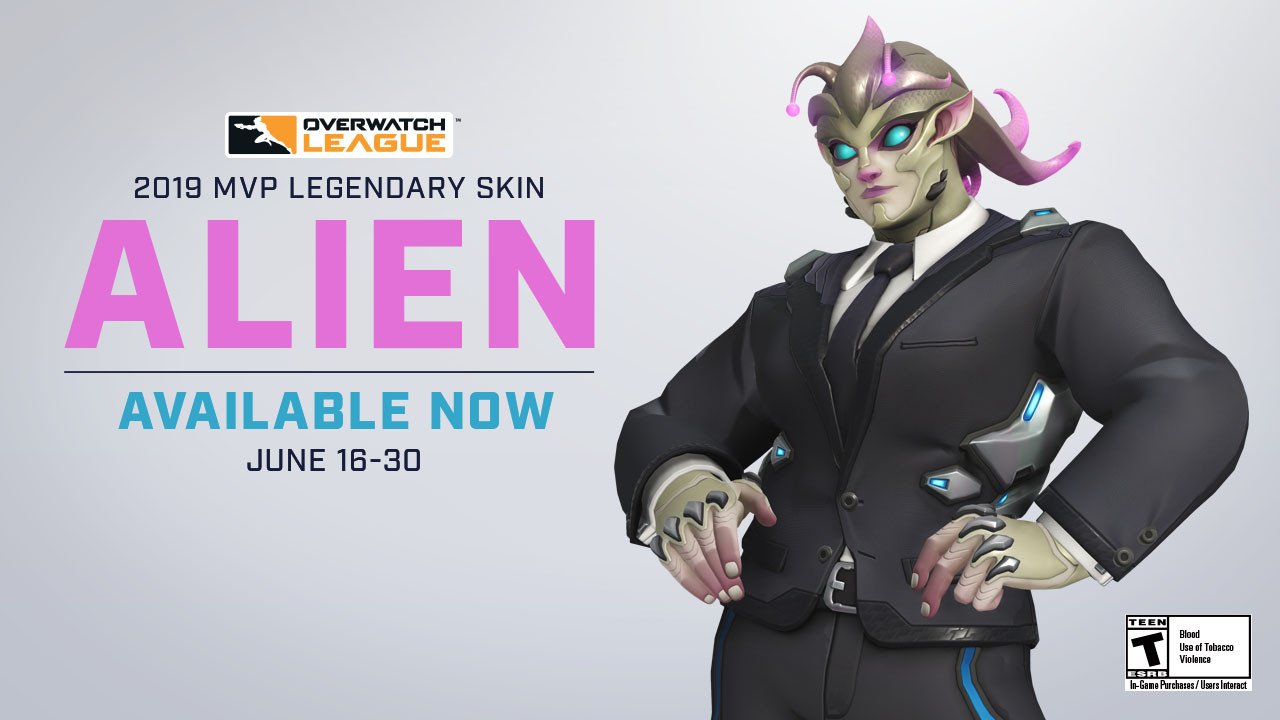 Blizzard’s Overwatch team has released a skin dedicated to Overwatch League player Jay Won (Sinatraa). Sinatraa has now retired and moved on to play Valorant for Sentinels but was one of the most well known and loved players of the professional league.

Zarya is depicted as an alien in this skin because Sinatraa likes aliens. The design team tried to put in some subtle details to pay tribute to Sinatraa but still managed to keep Zarya’s roots. He won the T-Mobile OWL MVP award in 2019, and this is reflected on the right arm of the suit with his championship badge embedded in the fabric.

I wouldn’t buy the skin myself, but I do like some of the small details, including her eyes blinking sideways instead of up and down like a human and the fact that her pink tentacles and antennas link back with her pink hair from her human skins. Little details like those make it an excellent skin instead of just an alien in a suit.

In other news, a feature that should have been out Year 1 of the game releasing, has finally been patched in. Priority Queue for all competitive plays is live and doing its job well.

Overwatch desperately needed this feature after the role queue was implemented, and DPS queues were as long as 2 hours. However, the cherry on top of the already melting sundae was finally getting a game after an extreme queue time and having someone leave in the first minute, resulting in a canceled match.

You would then have to queue again and be put at the back of the line, resulting in another possible 2-hour wait. Luckily, the Overwatch developers have put in the priority queue so that if your match is canceled, you are placed at the front of the line and get a game a lot faster.

“Is GOATS still the go-to pick in open queue comp?”

Lastly, Season 2 of Open Queue Competitive Play is back. The difference between this and the other main competitive play is that this version has no role lock. You can pick six supports if you like or even 6 DPS characters, instead of being locked to picking two tanks, two DPS, and two supports in role queue comp. In Season 1, GOATS was the comp in every game, but I feel like people are coming to open queue this season to have fun.

If you want to see Sinatraa’s reaction to his skin, check out the full video below.