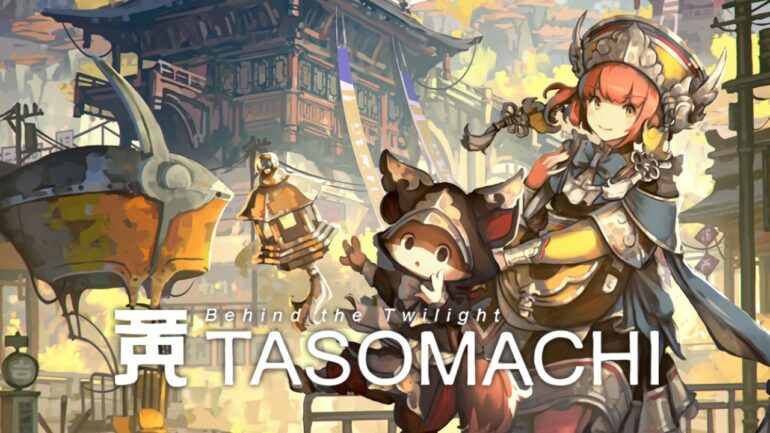 Genshin Impact is one of my favourite games. It’s become a part of my daily routine, jumping in to complete the various tasks before hopping out and getting on with my day. When I saw TASOMACHI: Behind the Twilight at the Steam Game Festival, I had assumed it was a game in the same vein as Genshin Impact. However, I was caught completely by surprise. Whether it was my brain, overloaded with Genshin Impact gameplay, comparing the two, or someone mentioning they were similar, I do not know. However, I can assure you they are vastly different titles. Where Genshin Impact is a vast, open-world experience, TASOMACHI: Behind the Twilight is instead a dungeon-puzzle game that can be overly challenging and at times very repetitive.

“TASOMACHI: Behind the Twilight features in-game currency and, fortunately, no microtransactions.”

TASOMACHI: Behind the Twilight’s narrative follows a young girl named Yukumo. Her airship breaks down just as she arrives at a town, and so she finds herself stranded. However, the town itself and the subsequent ones she visits are gloomy, foggy and deserted. The game requires the player to find parts, called ‘‘sources”, to repair your ship. In order to find these, you must complete puzzles at shrines and light candlesticks. In doing so, not only will you obtain enough parts, but will also restore the town to its former glory. Once you have, you’ll find it bustling with inhabitants, called the Nezu.

TASOMACHI: Behind the Twilight features in-game currency and, fortunately, no microtransactions. Coins are easy to accumulate as they can be found almost everywhere and respawn when you leave the area. You can use coins to skip puzzles and teleport directly to the candlestick. This can circumvent the obtuse difficulty, and ensure the player can progress if they ever get stuck. Of course, if you want, you can use them to buy outfits and sources at the makeshift shops. These will appear in the towns once you have brought them back to life.

“TASOMACHI: Behind the Twilight has an incredibly steep learning curve that can make the game somewhat unenjoyable.”

When you’re not exploring the town, you’ll be heading into temples to solve various puzzles. While these were somewhat enjoyable at first, I found that the difficulty between the various temples did not scale appropriately. For example, the complexity of the puzzles between the first three consecutive shrine temples goes (to use a math analogy) from multiplication tables to algebra, to integrals. The first one completely fails to prepare the player for what is to come later. This causes the game to have an incredibly steep learning curve that can make the game somewhat unenjoyable. While you can use coins to mitigate this issue, for those who wish to complete the puzzles, or for those who don’t have enough coins, I can imagine it being a nightmare to progress.

Even putting the steep learning curve aside, the gameplay, regardless of whether you’re exploring or completing a shrine, is arduously repetitive. You’ll discover a new town, collect sources, unlock shrines, revitalize the tree, collect more sources, before having to repeat the whole process again. You unlock new traits as you progress, and these feel as if they’ll switch up the gameplay, even a little. But unfortunately, outside of completing some of the more convoluted puzzles, and collecting the hard to reach sources on the map, these new traits don’t do enough to keep the player engaged.

“It baffled me when I realised there wasn’t an autosave feature, as it almost seems like a fundamental feature in modern gaming.”

TASOMACHI: Behind the Twilight also lacks any form of danger during exploration. There is no combat, no fall damage, no death and no game over. This means that there’s little to no excitement in exploring, aside from uncovering new areas. It never felt as if I had earned anything in-game because I had never risked anything to get it. Had the developer scaled the puzzles slightly better and added some depth in the open-world exploration, I might have given it a higher grade.

To make matters worse, TASOMACHI: Behind the Twilight lacks an autosave feature. It baffled me when I realised there wasn’t one, as it almost seems like a fundamental feature in modern gaming. You can only save your game at the small shrines that have green twisters near them. This means you can go through long stretches of gameplay before ever being able to save. It is therefore imperative that you make sure to save as often as possible. If not, you may end up wasting hours of gameplay time. It brought back traumatic memories of losing countless hours of my Pokémon save when I was a child.

However, much like chess, Tasomachi is 100% skill-based solo gameplay. There is no luck factor, no drop rates, and no spawn rates. After having played for only an hour, I knew that this game would be the ultimate speedrunning challenge. I truly believe that Tasomachi could be the most challenging speedrun yet, even more so than the Super Mario 64 120 star run or Minecraft any% glitchless (without cheating, of course). If you are a speedrunner trying to break into the leaderboards on speedrun.com or an established speedrunner adding to your legacy, give Tasomachi a shot!

“While I enjoyed my time with Tasomachi, how much enjoyment other players may get depends entirely on what they’re looking for.”

In regards to the game’s visuals, I found them to be a mixed bag. This is predominantly due to the high default camera sensitivity, which causes the visuals to become headache-inducing at times. It’s a real shame too, as the bright orange and vivid blue skybox look amazing when taking a screenshot. Unfortunately, when in motion, the camera goes berserk at the flick of the mouse, thus ruining the visuals. That being said, I really enjoy the game’s soundtrack produced by Ujico. It accompanies the various phases of gameplay fittingly, perfectly matching the tone of the events unfolding on screen. The piano, percussions and synth orchestra in the sanctuary convey the dungeon level vibe very well. Meanwhile, the solo piano on minor scales accompanies a relaxing night stroll on the pier perfectly.

Whilst I enjoyed my time playing Tasomachi: Behind the Twilight, I found there were too many conflicting mechanics to have fun with. With upwards of 100+ hours of gameplay, there’s definitely a lot on offer here. It is just whether what is on offer is any good. I’d be remiss if I didn’t reiterate that the game suffers from a steep difficulty curve that can be arduous to overcome. This is worsened by the fact that it is filled with repetitive gameplay. Considering its many flaws, and its price of US$19.99/£15.49, this is a hard one to recommend. 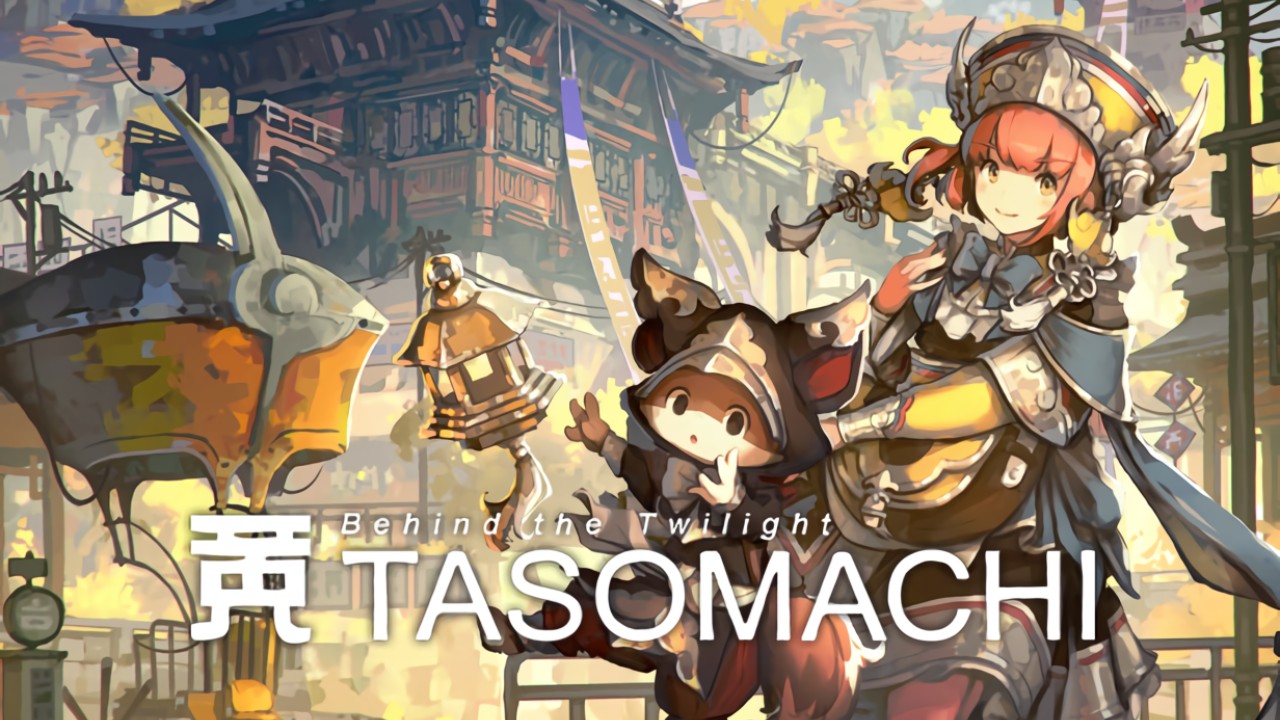 TASOMACHI: Behind the Twilight Review
Summary
TASOMACHI: Behind the Twilight has some great ideas behind it. Unfortunately, the combination of headache-inducing visuals, repetitive gameplay, the steepest of difficulty curves and the lack of an autosave feature makes this a tough title to recommend.
Pros
Straightforward Goal
Speedrunning Potential
Chill Soundtrack
Cons
Steep Learning Curve
Migraine-Inducing Graphics
Repetitive Gameplay
5.5