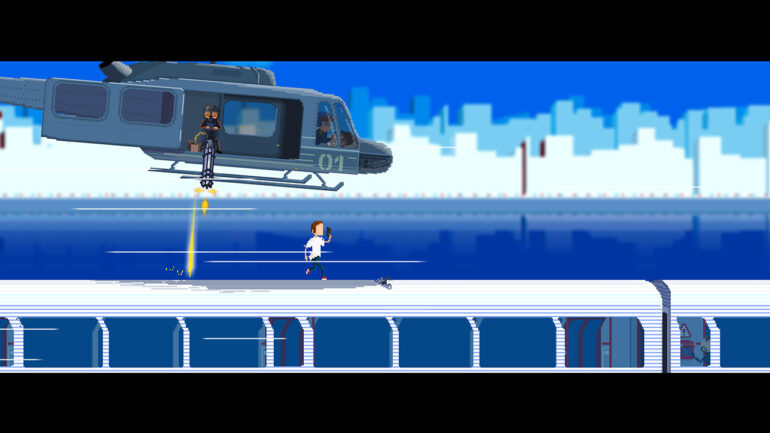 Arcades are something that everybody has enjoyed at one time or another in their lives. I’ll never forget the sights and sounds of an arcade, of playing multiple different games and your brain going a mile a minute. I’ve longed to recapture the feeling of the arcades and the rapid pace arcade games can have. Fortunately, the recently released Speed Limit manages to capture it perfectly.

“Forced to think and strategise.”

There is not a great amount of story to Speed Limit, but that works in its favour. By dropping you right into the action, giving you a gun and setting you on your way, the game straight away starts off on a frantic note and forces you to strategise about how to get through the levels.

The same also goes for the instructions. They’re usually nothing more than a line of text and sometimes even quite funny. Instead of being babied by tutorials, you get encouraged as a player to experiment and figure out how the mechanics help you in each level. That being said, once you figure out the mechanics of a level you’ll then be able to complete it and leave those mechanics in the dust, learning new ones.

One thing I will say about Speed Limit is you should get comfortable with dying. It’s almost similar to Dark Souls in that you will die a lot. Fortunately, Speed Limit will instantly load you back to the closest checkpoint so you’re back on your feet straight away, without any load times.

Having a total of 10 levels (plus a final credits section), the game can be rather short. If you hit the mark every time and do it all spot on, you could probably finish the game in about half an hour, which I feel works in favour of the game as it is emulating arcade games of old. On my first playthrough, however, I died so much and tried to learn the strategies and patterns that it ended up lasting about 4-5 hours. That’s what I really love about Speed Limit. You can die so much and so suddenly that you’ll always think that fabled phrase “just one more go”.

The game may emulate older arcade games, but that’s not to say it’s without anything new. The game includes an achievement system where you can unlock a number of achievements for completing things such as beating the game on each difficulty. There’s even a gallery mode, where you can unlock artwork. It truly shows that Gamechuck loves the game they’ve made and their fans just as much.

I found the game addictive enough already with its arcade mechanics, but the addition of an infinite mode left me with a feeling of wanting to see how far I could take the game. That’s a mark of beautiful game design. Speed Limit is definitely an early contender for the indie game of the year for me.

*Disclaimer: Reviewed on Switch, code was provided by the Publisher. 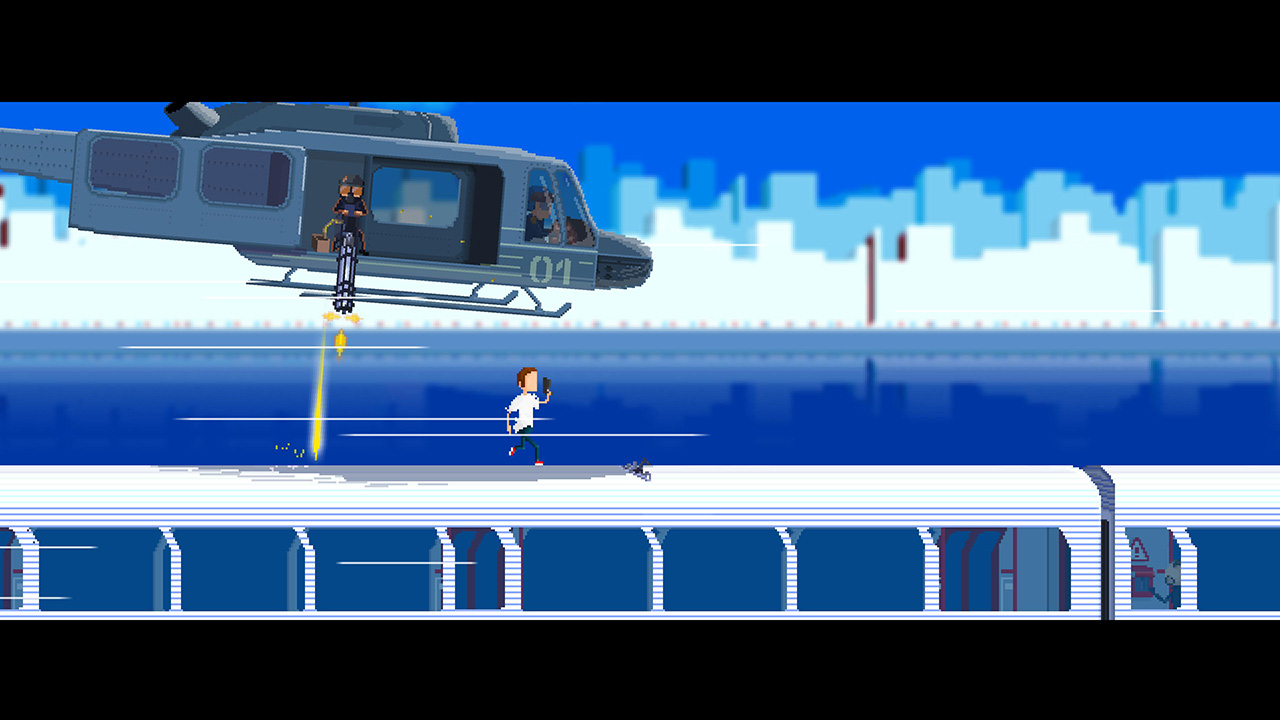 Speed Limit Review
Summary
While a shorter game in terms of length, there's honestly a lot here on offer in terms of replayability. It is by far some of the most obsessive fun I've had with a game in a long while. Speed Limit is a love letter to old arcade games, and as such it will make you fee like a kid again and want to have "just one more go".
Pros
Fun Arcade-Style Gameplay
Brutal Difficulty
Gorgeous Visuals
Cons
A Bit Short
Not Much Story
9