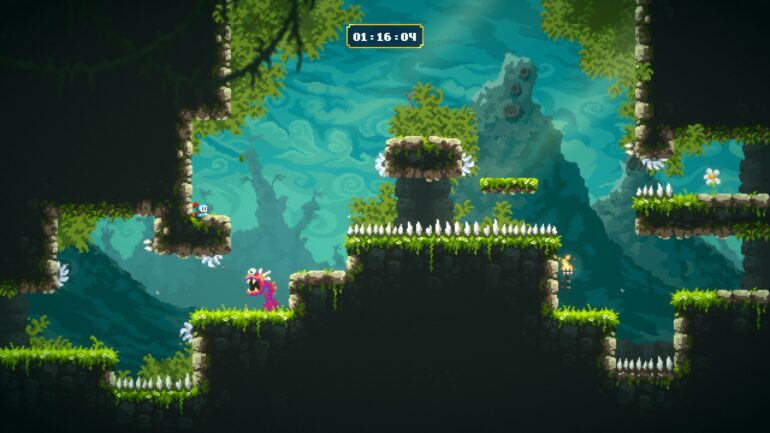 If I had to describe Sir Lovelot in one word, I’d use “playful”. Not only does it adhere to its stylised, fairy-tale-esque visuals that pop on screen as you bounce from platform to platform, but it also encapsulates the jovial nature of Sir Lovelot’s gameplay. From dashing to dying, Sir Lovelot treats each moment as a playful jaunt through a fairy-tale world. It’s a game that doesn’t want to be taken too seriously, but one that still offers oodles of fun to the right player.

“Sir Lovelot offers fluid and precise platforming that ensures that every leap and bound will land you exactly as you intended.”

Sir Lovelot is all about its titular character who bounces from level to level, seducing Princesses with his daisy-fetching skills. There’s not much in the way of a narrative here, but despite this, Sir Lovelot still manages to maintain the player’s motivation through its captivating gameplay. In Sir Lovelot, the player must progress through each level with the main aim to collect the requisite item for his budding Princess. There are additional side goals, such as discovering hidden ducks or collecting all of the gold in each level. Furthermore, completing the level in a certain amount of time while dying as few times as possible will net the player an even higher score.

Across each level will be numerous obstacles whose sole goal is to inconvenience the player as much as possible. From perturbingly pernicious plants that protrude from the ground to slithery squamulose snakes, everything is out to get you. Fortunately, while you’re leaping and bounding over your foes, spikes, spinning wheels of death and so forth, Sir Lovelot offers fluid and precise platforming that ensures that every leap and bound will land you exactly as you intended. Whenever I fell to my death, I never felt it was due to poorly executed platforming. More so, I felt that it was my fault for having misjudged the distance.

“Sir Lovelot’s jovial attitude towards death ensures that the player never feels punished for having died.”

Despite Sir Lovelot’s incredibly satisfying platforming, it remains a challenging game. By design, platforms are often placed so that a reckless jump will result in death. Enemies will be placed between a wall of spikes and a narrow space for the player to squeeze between. Sir Lovelot is all about precision jumping. In an attempt to finish the level in record time or to try and uncover a hidden passageway, I’d occasionally collide with an obstacle and be reset to the beginning of that area.

Fortunately, Sir Lovelot’s punishing difficulty is not to the detriment of the gameplay, rather in service of it. The ease in which you can restart a level allows for seamless runs to be made one after another. Whenever I felt I had died an inordinate amount, I’d simply hit restart and try all over again. My first run would often be inundated with deaths, all in service of figuring out how best to approach a level. Once I had figured it out, I’d return to the level and complete it in a much faster time.

Sir Lovelot’s jovial attitude towards death ensures that the player never feels punished for having died. You lose nothing for failing and can still complete a level even if you die an embarrassingly high amount of times. While difficult, to me, Sir Lovelot’s difficulty only motivated me to try levels repeatedly. I always wanted to achieve 100% or beat my previous time. It adds replay value to an already content-heavy title, as opposed to detracting from my overall enjoyment.

“While the subject matter of Sir Lovelot might be a little juvenile, it’s world feels fully developed and visually intriguing.”

It’s worth noting that while you’re hopping from platform to platform, the game looks stunning. There are tons of details in each map, whether in the background or foreground. It’s a beautifully realised fairytale world that feels neither childishly immature nor overly solemn. While the subject matter of Sir Lovelot might be a little juvenile, it’s world feels fully developed and visually intriguing. It may not make sense logistically, but it sure is a treat to explore. Sir Lovelot’s soundtrack compliments the visuals satisfactorily and alters slightly per playthrough. I never found it felt repetitive, even as I replayed certain levels over and over again.

Sir Lovelot is exceptionally cheap, especially for the level of content and quality on offer here. While it may be difficult for certain players, I found it extremely challenging, fun and ebullient. Each level in Sir Lovelot is beautifully tantalising. They’re hard enough that I never felt I could breeze through them, but never too hard that I was put off. It is well worth your time and your money!

*Disclaimer: Reviewed on Switch, code was provided by the developer. 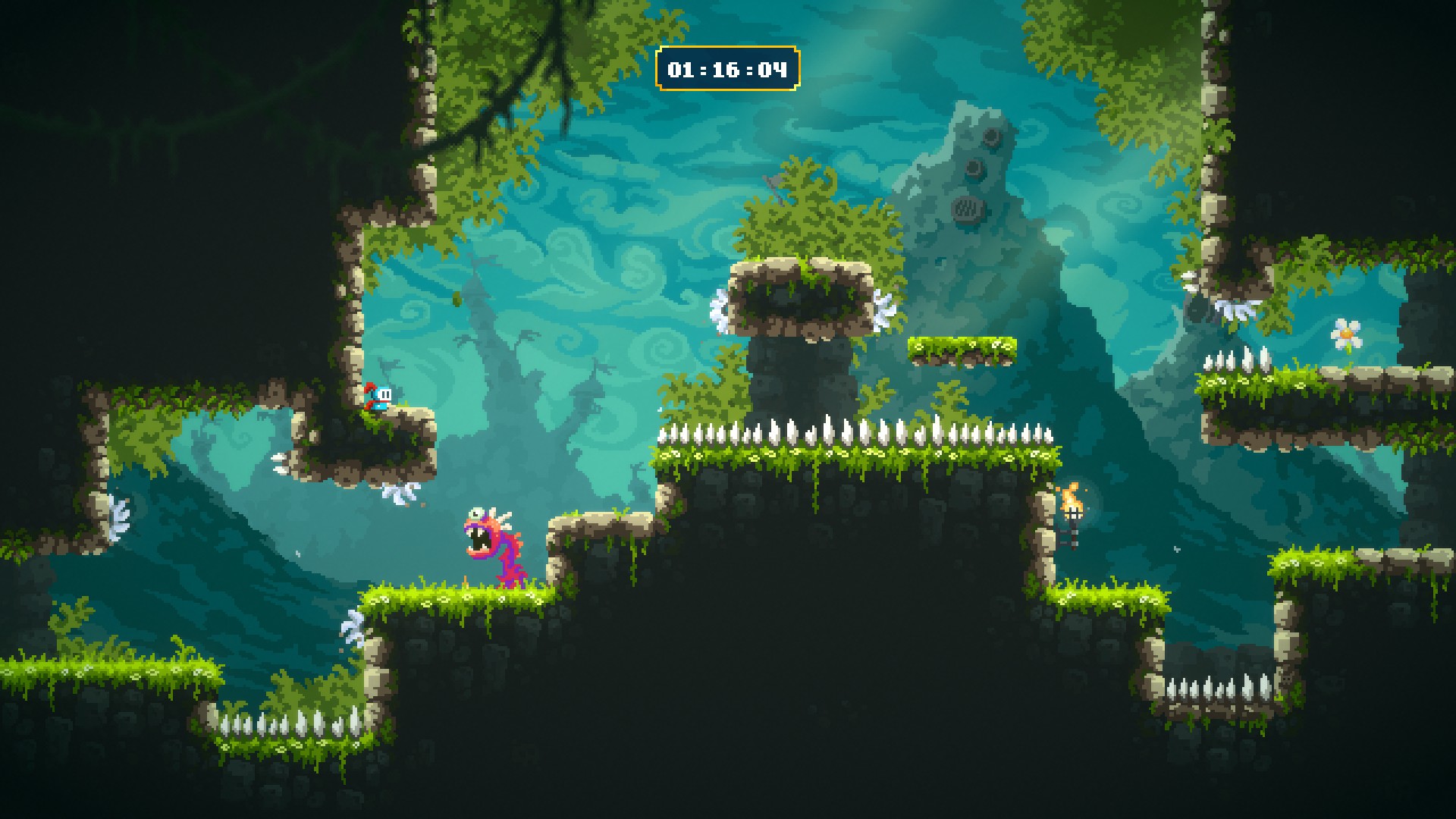 Sir Lovelot Review
Summary
Sir Lovelot is a challenging platformer with precise controls and a gorgeous visual style. What it lacks in narrative, it makes up for in compelling gameplay. While it may be too difficult for some, I found it extremely rewarding, and the ease in which you can restart made replaying its levels all the more fun.
Pros
Gorgeous Visual Style
Incredibly Satisfying Gameplay Loop
Buttery Smooth Platforming
Cons
Difficult Gameplay
Lack Of A Tutorial May Put Off Some
8