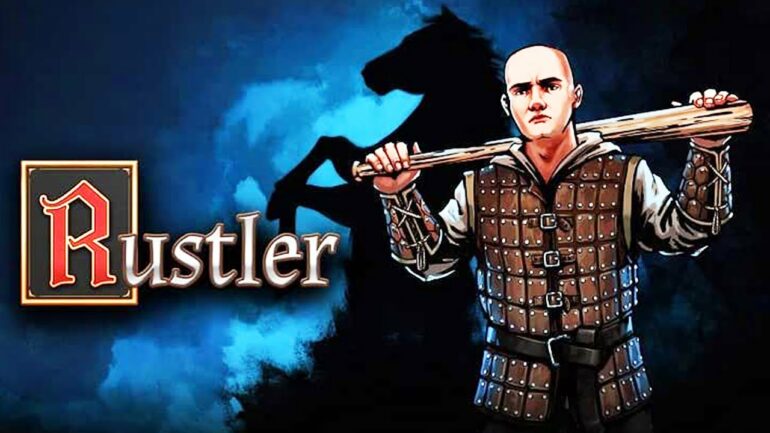 Rustler, an open-world top-down action game akin to the old school GTA games, by developer Jutsu Games has finally launched into Early Access over on Steam!

Rustler is one of The Game Crater’s most anticipated games of February, and for a good reason. This “historically inaccurate” medieval simulator puts players in the role of The Guy. His sole goal is to wreak as much havoc as possible GTA style!

Rustler is a GTA-inspired action game in which the player explores a beautiful yet entirely historically inaccurate medieval sandbox open-world doing as they please. We were hooked, lined and sinkered from the trailer alone, which shows off a lot of what Rustler has to offer! Now that it’s in early access, you’re probably wondering what it is you’ll be getting yourself in for. Well, wonder no longer, as I’ve compiled a list to resolve your curiosity:

Rustler is available for purchase right now over on Steam. However, it is in Early Access, which means that not all the content intended for the full release is available right now. However, the developers have assured us that the game is “fully playable, with all the crucial features implemented, major bugs fixed, and performance tweaked ” and will be in early access for “about 6 months”. You can pick up Rustler for £19.49, or £16.56 with its current 15% off. There is also a demo available over on Rustler’s Steam store page. So feel free to check it out if you’re unsure.