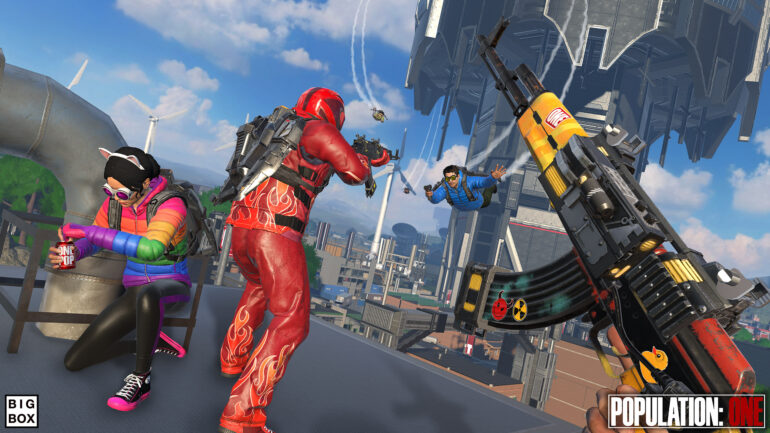 Population: One, a hugely popular FPS VR battle royale title by BigBox VR is getting a massive update that will launch alongside its hotly anticipated Season 1.

Population: One is battle royale game with a unique twist. It’s all in VR. If hunting down others in VR doesn’t sound terrifying to you, then you’ll be excited to hear that alongside the upcoming Season 1 Uprising, BigBox VR are dropping a huge update to switch up the game.

Season 1 will bring a whole heap of new content such as the heavily requested private servers, the ability to gift a brand-new currency to your mates called Seeker Credits, and of course the all-new narrative. Seekers are fighting back against the Bureau, and this ongoing war will see the environment change as they try and take back control! On top of that, players will get the chance to explore the mysterious tower! Sounds ominous! It will last for 10-weeks, so you’ll have plenty of time to get stuck into it!

On top of all that there’s the update that will accompany Season 1! Fancy stabbing someone with a knife in VR? Maybe you want something bigger? Perhaps a katana? Now that’s a knife! Well, look no further, as the new update sees to introduce melee weapons to Population: One! Alongside your shiny blades, you can also riddle your enemies with hellfire with the new LMG! Support your friends by laying down covering fire as they flank your opponents!

All of this swanky new content is dropping in less than a month, so keep your eyes and ears peeled! The update and new season will be coming to Oculus Quest and Rift platforms, as well as HTC Vive, Windows MR, and Valve Index! Be sure to check out Population: One’s new season and update when they drop soon!