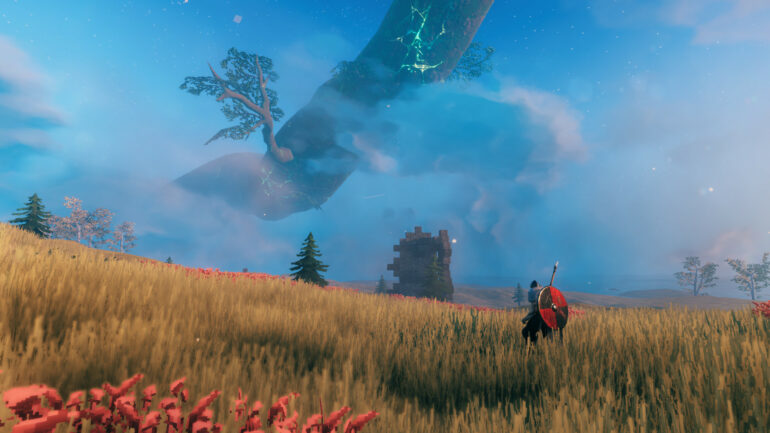 Panic Button “Would Love To Port” Valheim To The Nintendo Switch

Speaking with Nintendolife, Panic Button, the porting wizards who are behind the incredible ports of Doom Eternal and Apex Legends (among others) on the Nintendo Switch, said that they’d love to bring over Valheim.

“I’m not sure if this is my ‘any game pick’ but, right now I’m playing way too much Valheim and I would love to port that to Switch.”

This isn’t the first time that a porting studio has teased bringing a hugely popular game over to the Nintendo Switch. Back in 2018, Iron Galaxy Studios, the team behind the Switch port of Skyrim, claimed they wanted to bring Monster Hunter: World over to the platform.

In case you’ve been leaving under a Steam-devoid rock for the past few weeks, Valheim is an incredibly popular multiplayer survival title with a Viking twist. You must craft, build and fight your way through the perilous world of Valheim. Here’s the sort of things you can expect to find when exploring Valheim:

Will It Come To Switch?

Honestly, probably not. I wonder if Dan Hernberg was perhaps thinking a little too wishfully? Especially as the title isn’t even out of Early Access yet! There’s a chance it may see a console port in the future, but I’d hazard a guess that it will skip the little console that could whenever it does. Would you like to see Valheim ported over to the Switch? Do you think it ever will be? Let us know down in the comments below!