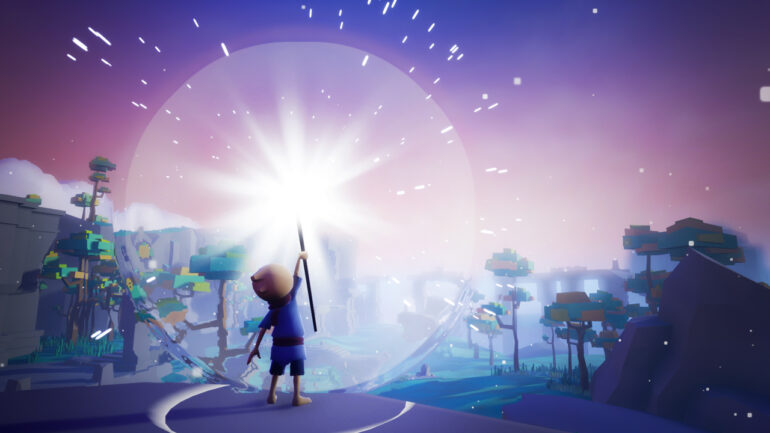 Omno Announced For Xbox One And Game Pass Coming This Summer

Omno, the upcoming puzzle adventure title by solo developer Jonas Manke (Studio Inkyfox), was announced at the ID@Xbox showcase event to be coming to Xbox One and Game Pass.

Omno is an upcoming atmospheric adventure title all about the discovery of an ancient world filled with wonders. Originally launching on Kickstarter, the project quickly gained traction and eventually received over 300% funding. Slated for a PlayStation 4 and PC launch initially, it has now been confirmed at the ID@Xbox event that it will be releasing for Xbox One and Game Pass alongside those platforms. Jonas Manke spoke about the overwhelming support he’s received since Omno’s Kickstarter success.

“Since starting working on Omno the community feedback I got was completely overwhelming for a small game by a solo dev in the middle of nowhere in Germany. I would have never dreamed of Omno getting funded on Kickstarter, making the front page of Reddit and being shown at international gaming events! […] From the start, I wanted to make sure that Omno is playable for as many people as possible, so I’m extremely happy and thankful for the support and belief in the game that the Xbox team have shown, making it possible for me to bring it to Xbox One players too!”

Omno is an atmospheric adventure title that combines puzzle solving, platforming and exploration. Players must explore a beautiful world uncovering the secrets it holds. It’s a visually stunning title, and has some genuinely intriguing looking mechanics, especially surrounding the protagonists staff. Here’s everything you can expect to see when Omno launches later this year:

Omno is scheduled to launch for PlayStation 4, PC and Xbox One this Summer. Head on over to its Steam store page to wishlist and never miss out on a notification. What do you think of Omno? Let us know down in the comments below.