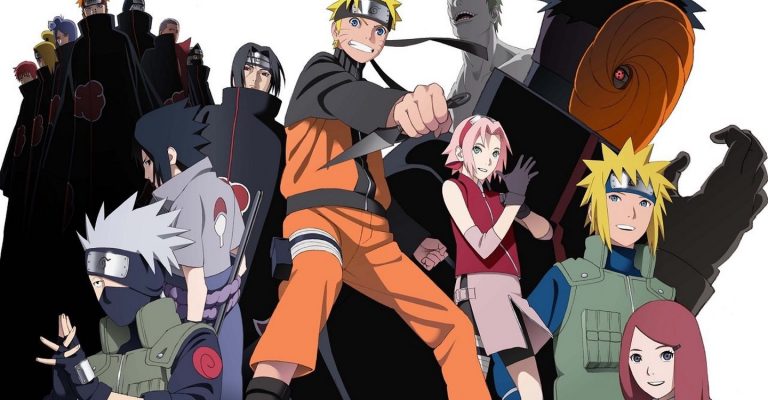 If you’re an anime fan, then you know that throughout our anime-watching careers we as viewers accumulate not just an appreciation for anime as a whole, but also the soundtrack. Good anime openings and endings have become essential in recent times, and it will even boost shows to cult status. Here are my top 5 favourite anime, alongside my favourite openings & endings to each one.

Fairy Tail is an anime where you can not help but smile and laugh while you’re watching it. It contains countless action and drama moments throughout but at the same time, includes a great amount of comedy to balance out. And that’s not even mentioning the great cast of fully-formed characters and some of the best story arcs in the entire medium.

When I think about the openings to Fairy Tail, my mind always gets drawn back to this. There are of course a ton of great openings, but this one stands out above the rest. Showcasing not just how good the animation is, but also that there is always an amount of danger the main group opens themselves up to.

When I think about this song, I feel relaxed. It has a good dramatic weight to it, adding to the very Rat Pack-esque Jazz undertones. It is a very good counterpart to the more heavy openings. A good palette cleanser, if you will.

I know a lot of people within the anime community do not like Sword Art Online (SAO) and think of it as unnecessary or pointless past season 1, but I stand by this anime. Watching it for the first time reminded me why I love anime and video games so much. SAO has well-written characters, good narrative development, and a good way of demonstrating sometimes just how draining playing any video game can be. There are even some beautiful performances on show here, particularly Bryce Papenbrook as Kirito in the dub.

While the first opening is also very good, Innocence edges it. Being a slightly more muted opening in tone leads to a belief of hope. Especially when you take into consideration how the first half ended, with many people still being trapped within the NerveGear.

Given the very gun-heavy action of the Phantom Bullet arc of SAO, Startear is a song that came about at exactly the right time. The very soft melody is a good reprieve from the action of each episode, but not so much so that it stands out. Combine that with the beautiful animation, Startear is an ending you want to stick around for.

While there is an amazing cast of fully-formed characters featured throughout, at its core, it is the very personal story of becoming who you are meant to be that speaks to me. Naruto’s story is a very personal one. He is trying to get people to understand and see the person he is becoming, rather than someone who almost destroyed Konoha Village. There is also a very good rivalry story between Naruto and Sasuke, one that is misguided but eventually leads to redemption.

This is hands down the easiest choice I have made when it comes to anything to do with anime. Not only does this opening perfectly show the action and intensity of the Fourth Shinobi World War, but it is also the best 1.5 minutes of animation I have ever seen. As openings go, it’s nothing short of perfect. It displays the beautiful journeys of Naruto and Sasuke from children to where they are at the time of this arc of the anime. This is my personal favorite.

As you can probably tell from the previous endings I have talked about, I tend to prefer the more soft anime endings, and that is no different here. What I like about this ending is that the animation explores some of the tragedies the characters experience throughout the series. I also love the slight Jazzy/Hip-Hop undertones of the song.

Anybody that knows me will know how much I love the 2003 Fullmetal Alchemist anime. While it does not completely follow the manga and charts its own path, it is still a very well made anime. The Brotherhood version does fully adapt the manga and uses beautiful animation and stunning action set pieces to detail the philosopher’s stone narrative.

All five of the endings for Fullmetal Alchemist: Brotherhood are very good in their own ways, but I see this one as perfect for this anime. The intro song is not too soft or heavy and pairs perfectly together with the animation, showcasing the amazing characters along the way.

As with the openings, all of the endings are good in their own right. That’s why I struggled to choose just one. As a result, I had to go with endings 1 and 2. The animation, especially in ending 1, is absolutely stunning and shows the sort of characters the brothers are as well as the journey they both have to face. These 2 endings are also among some of my favorite songs.

As anime go, this one will always be my favorite. It does have a very childlike aspect to the narrative being told, with it being easy to follow, but that was also the point. Toriyama created a more mature story, one that the viewer could easily engage in. Dragon Ball Z features a well-developed cast of characters (especially if you have watched Dragon Ball), action-packed arcs, and a broad story. The manga is also very good for beginners as well.

I could have easily put Rock The Dragon here, but We Gotta Power is definitely the better song. Not only is it a catchy song and just nice to listen to, but I also love the animation and how it shows Gohan’s journey from childhood through to adulthood.

As with the opening, I think the second one is superior to the first. Not only is the song just catchier and better to listen to, but the animation we see throughout is also a lot better. I may be slightly biased with Gohan being my favorite character as the opening and the ending go a long way to show him off, but at the same time, it features the rest of the characters and shows us, as the viewer, that at any time, Dragon Ball Z can have a very singular focus.