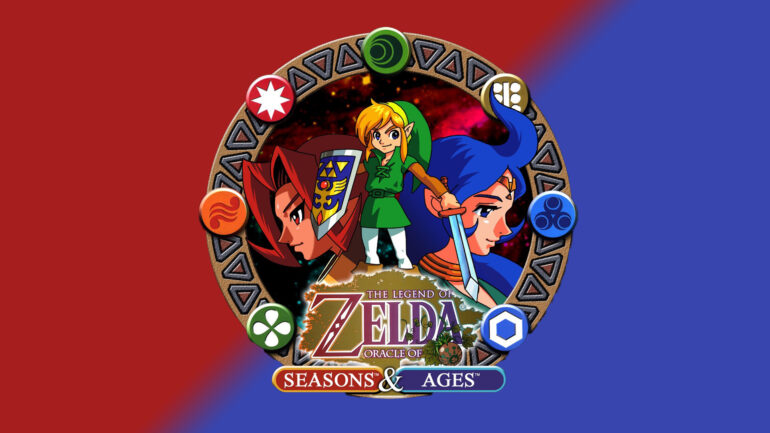 The Legend of Zelda Oracle Remakes: What We Want to See

Next year will be the 20th Anniversary of the Legend of Zelda: Oracle of Ages and Legend of Zelda: Oracle of Seasons, two frequently overlooked Zelda games. While they never got as popular as Link’s Awakening, they are solid, fun games. But what exactly does someone want from a remake and what parts could be changed to make these games an even better experience, both for old fans and for newcomers?

An audiovisual overhaul is a no-brainer. The Oracle games are both Game Boy Color games, and as much as I love old school games, I would definitely want Nintendo (or Capcom) to redo the graphics and sound for a Switch release. These games were originally made using Link’s Awakening’s game engine, so using the same engine as the remade version of that game seems obvious to me. While I don’t know much about programming, I also can’t help but feel that reusing the engine and graphical assets would also save development time and money.

Going along with the graphical overhaul, tweaking the equipment system would be a welcome change. Much like Link’s Awakening, the Oracle games only had two buttons to equip your items to. Resulting in spending a lot of time switching between various pieces of equipment. This worked fine for a Game Boy game, but on the Switch, we obviously have more buttons to work with. So it’s a no-brainer to have some pieces of equipment permanently assigned to specific buttons while having other items be equipable to other buttons.

One thing that might be less of an obvious overhaul is how the seeds for the Seed Satchel are equipped. In the original games, whenever you equipped the Seed Satchel, you also had to select the seed type that you were using. If you accidentally selected the wrong seed, you would have to unequip the satchel, re-select it, and click the proper seed. This happens every time. Given that you’re going to be using the item a lot in these games, that’s a little bit cumbersome. A more streamlined way of selecting the seeds would be ideal.

The remake for Link’s Awakening has been selling well, but there is one consistent complaint that I hear about it: price point. While the remake added a little bit of bonus content and a good overhaul of the game in general, people still felt like they were being asked to pay a full console game price for something that is a portable game. Consumers want to feel like they’re getting a good value for their dollar, and the Link’s Awakening remake, as good as it was, didn’t really feel like it did enough to justify the price tag. Likewise, back when the Oracle games came out, I knew several people who had one of the games and wanted to do the linked content but couldn’t afford to buy the second game at the time.

So, shipping them as one game, or a package deal of some kind would be perfect. Even if they made no other changes aside from updating the games to the Link’s Awakening remake engine, I’d be way more willing to shell out the $60 USD if I was getting both of the games at the same time. I’m sure I’m not the only one.

Of course, bundling them together makes for other unique opportunities for improvement as well.

Contrary to popular belief at the time, the Oracle series wasn’t simply a situation like Pokemon or Mega Man Battle Network 3. These were two distinct games, set in completely different locations, with different plots, characters, and villains. So why are they paired?

Well, they go together. And I don’t mean that tautologically. Basically, you could start with one game, whichever one you happened to grab first (Seasons in my case). You get through it. And at the end of the game, you are given a password. This password would allow you to start a new game in the other Oracle game and carry over elements from your beaten save. You could transfer items, unlock new power-ups, and even unlock an extra part of the ending.

Now, passwords are all well and good for two Game Boy Color games. But, much like the equipment system, it was awkward. To unlock some of the linked game power-ups, you would have to go back and forth between both games constantly. It was very much limited by technology and was a very clunky system in general.

If we’re going to package the games together, the process needs to be streamlined. Instead of having to enter a lengthy password, an Oracle remake could just read the save file. It would make for a smoother, more player-friendly experience.

Most of the stuff I’ve talked about with these games has just been ways to update them for modern gamers. But no discussion about remakes would be quite complete without added content. The Oracle series has a golden opportunity for this.

The Oracle series was originally going to be three different games, one for each piece of the Triforce. Except the developers soon realized that programming the password system for this was going to be a nightmare.

Attempting to add the third game back into the series would be impractical, but that doesn’t mean we can’t tweak elements to make it feel like there is a third adventure in there. Perhaps a subplot involving the bad guys doing something with Farore, in order to make a certain part of the linked game plot make a little more sense. These games are already inexorably linked together, so there is even more reason to add extras to tie them even tighter.

These are just a couple of my ideas for what I’d want in a remake of the Oracle Series. Do you have an idea for something that would make these two gems even more valuable? Feel free to leave a message down in the comments, telling us what you think.

I am currently playing through Oracle of Ages on youtube and you can check it out here.