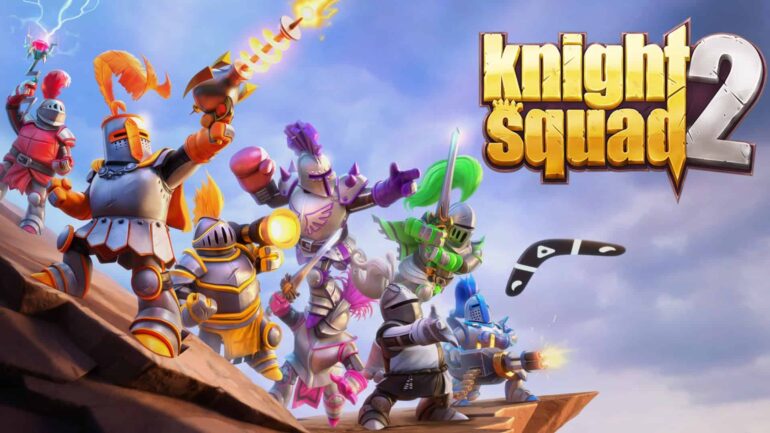 I’m always on the lookout for a good party game. Ever since I moved out of my family home, finding party games here and there has become a bit of a hobby of mine. I collect them like I do comic books, leaving them on my metaphorical Steam bookshelf until I eventually worm my way back home to spend countless nights on a rather firm futon. Despite the nights being sleepless and my back aching more than a tooth being yanked out, sitting down with my siblings and working our way through my untouched collection of multiplayer games is a treat. Knight Squad 2 is another addition to that collection and one I will treasure for a long time to come.

“The gameplay makes for extremely addictive pick up and play fun, which is perfect for playing with friends.”

Knight Squad 2 is a multiplayer experience, first and foremost. You play from a top-down perspective, similar to the Bomberman franchise, and must complete an alternating objective. These range from holding an area the longest or being the last one standing. There are 13 modes to choose from, each of them offering a variant on the basic gameplay loop. You can play either solo in a free for all mode, in duos or in squads. Should you have no friends, or your siblings are scattered across the UK, then you can always play with the AI, whose difficulty can be scaled.

Now that the fundamentals are out of the way, let’s discuss the sheer amount of fun it is to play Knight Squad 2. Out of the 13 possible modes you can play through, I struggled to find a dud. Regardless of how many times I played through a mode, I found myself smiling. Each round is hectic fun lasting no longer than a few minutes at a time. It makes for extremely addictive pick up and play fun, which is perfect for playing with friends. Even if you’re playing solo, which I did for the majority of my experience, there’s still a lot of fun to be had. I never found it boring to play with the more than competent AI.

“Knight Squad 2 is a brilliant multiplayer experience that offers up a ton of content for a very fair price.”

There’s a ton on offer, even outside of the various modes. The minute-to-minute gameplay, regardless of which mode you’re playing, is incredibly versatile. There are numerous power-ups scattered across each arena, from better swords to laser guns. While death comes quickly, and power-ups are lost upon death, they frequently reset enough that gameplay always feels fresh. They help make the already fast-paced gameplay feel even more frantic, with pieces of the map exploding as lasers and bazookas blitz across the arena.

Unfortunately, Knight Squad 2 isn’t always perfect. For one, the tourney mode, which randomly selects modes for you to play until one team has one three rounds, often recycles the same modes one too many times. As I’ve said, I enjoyed each mode thoroughly, so it was never a chore when one repeated. It’s just worth noting, as I can imagine for some players, it may be slightly frustrating. Visually, Knight Squad 2 is a mixed bag. While the individual Knights, of which there are several to choose from, are stylistically brilliant, the maps themselves leave something to be desired. It’s not that they’re aesthetically unpleasant, they just lack detail.

Knight Squad 2 is a brilliant multiplayer experience that offers up a ton of content for a very fair price. There’s just too much to like about Knight Squad 2’s charismatic gameplay. For fans of classic party games, there is a lot of fun to be had. And for those looking for a little more in their multiplayer games, you can expect creative twists on refined gameplay mechanics. With a good group of friends, Knight Squad 2 is an exceptionally good time. Even without, you’ll still find a lot to enjoy. 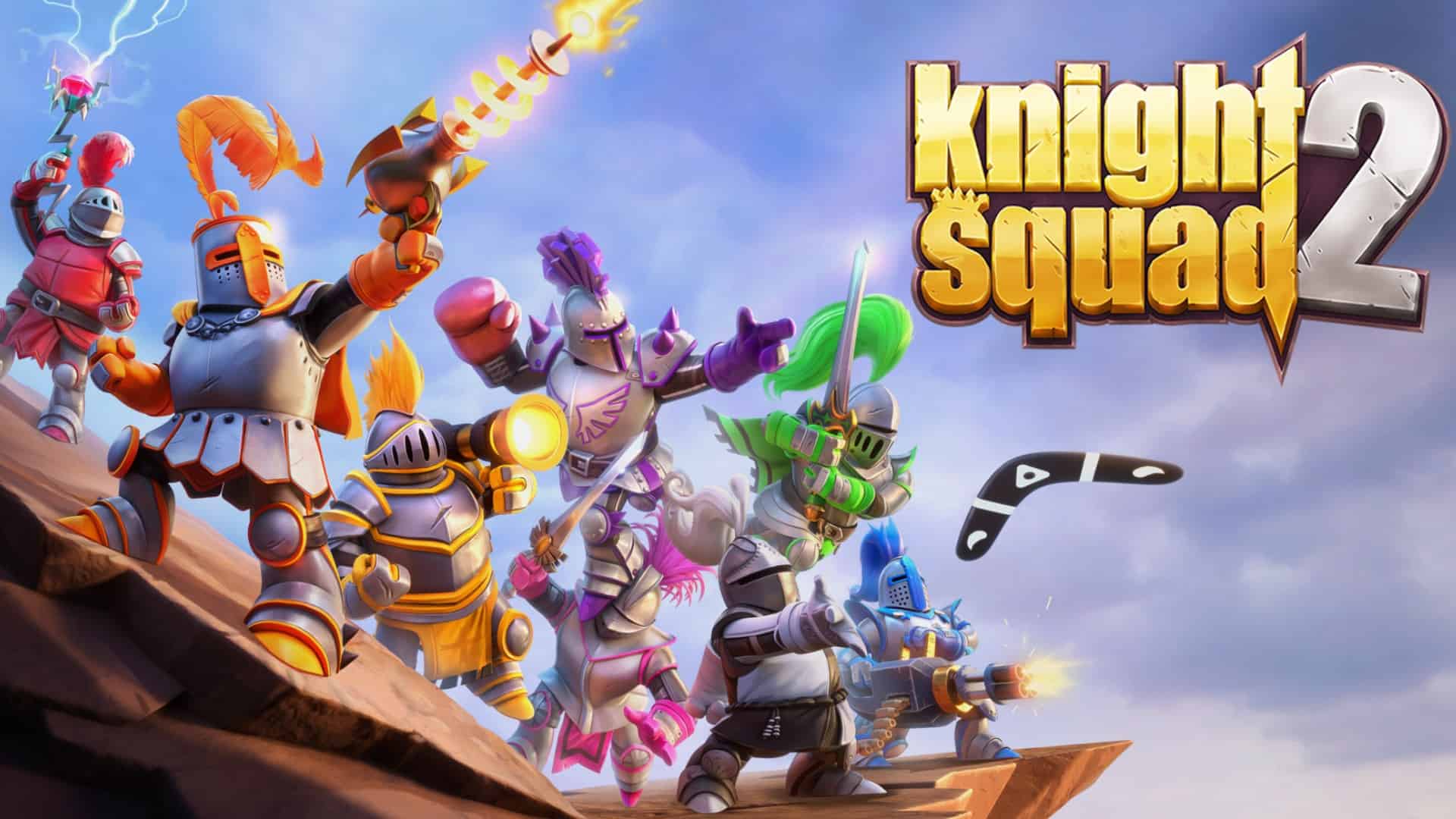 Knight Squad 2 Review
Summary
Knight Squad 2 is a multiplayer title with a lot of personality. Despite its faceless cast of characters, Knight Squad 2 is oodles of fun complemented by its wacky and frantic gameplay. While obviously better with friends, Knight Squad 2 still thankfully offers adept AI to play along with. Despite some visual issues, Knight Squad 2, especially considering its low price, is a must-play.
Pros
Fun Multiplayer Gameplay
Tons of Content
Inclusion of AI
Cons
Visual Issues
Slightly Repetitive
8