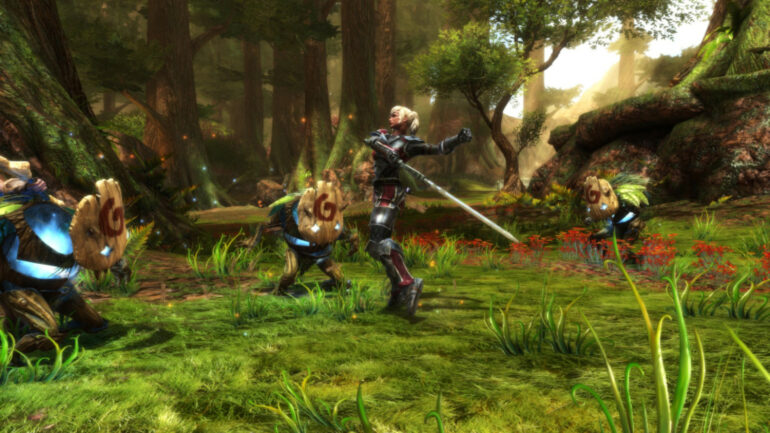 It has been four days since Kingdoms of Amalur: Re-Reckoning dropped. Initially, it was a beautiful game. It was smooth and it was nice. However the more I played the more the issues became obvious. It was honestly such a disappointment to discover them. I hadn’t been expecting to encounter anything bad, yet here we are.

I had settled in for a solid day of gaming as I had finished studying for the day. It was going well, I was enjoying chucking my Charkrams around and seeing the poison damage do its thing. As I moved to the next area the usual loading screen popped up. Nothing too bad, right? It was loading well but then the screen went black. Then I got the blue screen of death as the Playstation crash report appeared. This in itself wasn’t awful, it happens with other games too.

The Disappointment is Surprising.

It wasn’t bad the first time it happened, a bit annoying but not terrible. Then it happened again. And again. Oh and just for something different, again. It became very quickly annoying. I wasn’t even able to hit loading screens before the game would crash. This quickly took the joy out of the game. I was having to save after every enemy I killed in fear that it could crash at any moment. This is one sure-fire way to fill up your storage really quick.

It honestly breaks my heart that this game has faults like this. The crashing has been a common feature on the other platforms this “remaster” is on. So it’s definitely not a specific console issue. I’ve seen people that are equally as in love with this game as me, maybe even more, and even they are heartbroken that this game keeps crashing. It seems to happen with certain quests but honestly, at this point? Who knows?

Kingdoms of Amalur: Re-Reckoning needs some serious patching to make it more playable. Nobody likes saving every few minutes because of how frequently the risk of crashing is. Nobody likes a game that crashes. It ends up taking more time to restart the game than it does to actually play the game. Everything else about this game is great. But I have to reconsider the score I gave it. I can’t get past the crashing. Just like I can’t get past any damn quests.