Kingdoms of Amalur: Re-Reckoning: Perfect Remaster of a Classic Review

Kingdoms of Amalur: Reckoning has a cult-like following. I remember playing it on the Xbox360, and I was blown away from the storyline. It was unlike any other game I’d ever played, better than Skyrim. I may not have completely understood what was going on, but you bet I had a damn good time playing.

Kingdoms of Amalur: Re-Reckoning has been a long-awaited game for those that had played the first. The remaster boasts redefined game-play, customisable RPG combat inside an expansive world. It still has the classic beauty of the 360 version, but in saying that, the visuals have only slightly improved compared to other remasters. Nevertheless, the visuals are better than what they were. It is still a breathtaking game.

Every aspect of the original is back and better than before. The controls are smoother to use, and the battle is just as good. It is fun being able to relearn the controls and how the battle’s flow. Things can quickly become overwhelming, so it’s best to not get too cocky in battle. Keep your eyes on the enemy.

“It’s like the love child of Fable and Skyrim.”

The Re-Reckoning eases you into the game with a lengthy cut-scene before you find yourself clambering down a pile of rotting corpses. Thankfully there aren’t any squelching noises with each step, nor the smell. It is an incredibly dark area making it difficult to see. Except it is hard to fall off cliffs thanks to that magical invisible barrier. Fear not about whether or not your character is ugly. Why? Because you can customise your character.

In Kingdoms of Amalur: Re-Reckoning, you can pick between four races, each with their own lore and bonuses. There aren’t many variations on the sliders, but it is better than nothing. It’s still an excellent way to make a game more immersive. Within the character creator, you can also choose which belief system you wish to align yourself to:

I have always found the percentage bonus confusing, but it is still really beneficial. Unlike Skyrim, you get to pick which belief system you want before you even start a battle. This seems out of place in a game where you have no set fate. There is no need for religion if there is no way the gods could know your destiny. It still is a unique feature in a video-game to have. Re-Reckoning offers numerous little features like this.

The initial start of the game is pretty linear and doesn’t allow for much exploration. Despite this, you are still able to take your time between each section of scattered tutorial fights. The tutorial is pretty easy to complete as there aren’t many things to remember. You get to learn how to use a variety of weapons and your basic spells. For those that prefer being subtle, you learn how to sneak as well. If you go around crouched like this in real life for too long, say goodbye to your knees.

When you acquire an item it doesn’t automatically equip but you can compare then equip it. You can also go into the character menu to put it on. This isn’t a bad thing but it definitely doesn’t set it up to be a fast-paced experience. The layout of the inventory is also strange as it can be collapsed and expanded to make viewing easier. It takes a bit to get used to but it is easier than others to navigate.

“After a 16-hour download, you’d hope it would be worth it.”

I wasn’t able to get my hands on a hard copy of the game so I had to download it. It was a very long wait but it was worth it. Being able to explore the outside world and seeing all the NPCs and mobs is extraordinary. There are numerous quests you can engage in almost immediately. It can be rather overwhelming seeing your quest list fill up so rapidly. But hey, if you’ve played Skyrim you should be used to it by now. Nevertheless, it is still easy enough to keep track of active quests.

With quests and battles comes experience. When you level up in Kingdoms of Amalur, there are three levels: Basic, Advanced and Master. Each level increases the skill required for those areas. For each area, there are nine different skill sets: Alchemy, Blacksmithing, Detect Hidden, Dispelling, Lock-picking, Mercantile, Persuasion, Sagecraft and Stealth. These choices help towards your ideal character build. You also have three ability areas, Might, Finesse and Sorcery, to put points into. Each of these is connected to the way you like to play.

The level of skills determines how successful you are with certain things. For example, if your Alchemy is low you have a very low chance of finding useful ingredients. On top of this, it’s important to keep an eye on your perk levels as these can also determine whether or not you can use certain items.

There are so many things to keep track of in Kingdoms of Amalur: Re-Reckoning in terms of your fate. Who do you want to become? An Acolyte? A Brawler? or a Rogue? There are up to six tiers for you to move up through. Each with increasing power and perks. Each with beautiful art. These have an impact on how your character plays and how others perceive you. I always go for a rogue build in new games (technically this is a new game even though I’ve played Reckoning before) as they are easier to learn.

There are a wide variety of weapons and armour, some have different perks, and others have perks you can only get if you have a full set. Some of these items are beautifully rendered, giving off different effects as well. Who wouldn’t want a bow that emanates a poison cloud? Of course with weapons, there are different ones which you can use depending on how you want to play. I tend to go for daggers as their speed is faster, unlike a war-hammer.

This game is vast, making it one that can last for ages without even having found everything. It has a smoother and more enjoyable play than the original. Although some of the graphics seem dated, they are still remarkable. Even swimming in the water is a refreshing experience—no more darkness like in Skyrim. I am yet to find something about this remake that I don’t enjoy. If you are a fan of Skyrim or the Fable series, this game is the perfect mashup of the two. It brings the quirkiness of characters from Fable and the messy lore of Skyrim into a more tamable game. I use tamable loosely as there is just so much to do. But it is easier to keep track of than the others. 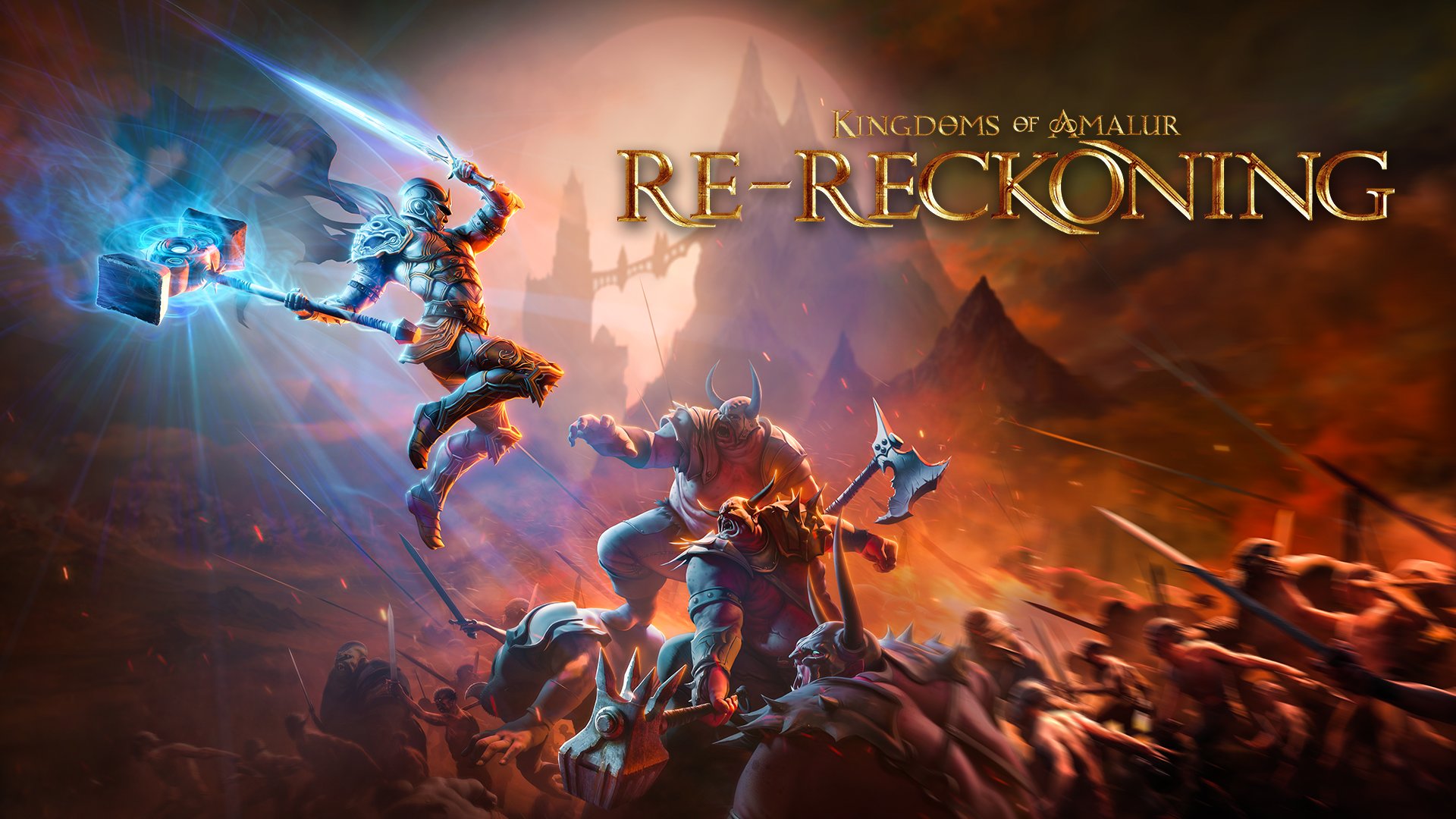 Kingdoms of Amalur: Re-Reckoning Review
Summary
Kingdoms of Amalur: Re-Reckoning is a perfect remaster of a classic game. Every aspect has had a facelift making it easier on the eyes. With an overhaul of the mechanics, this game will continue to be a solid RPG for years to come. As the fateless one, who will you become?
Pros
Beautiful Art
Large, Immersive World
Countless to do
Cons
Some Graphics are Dated
9.5