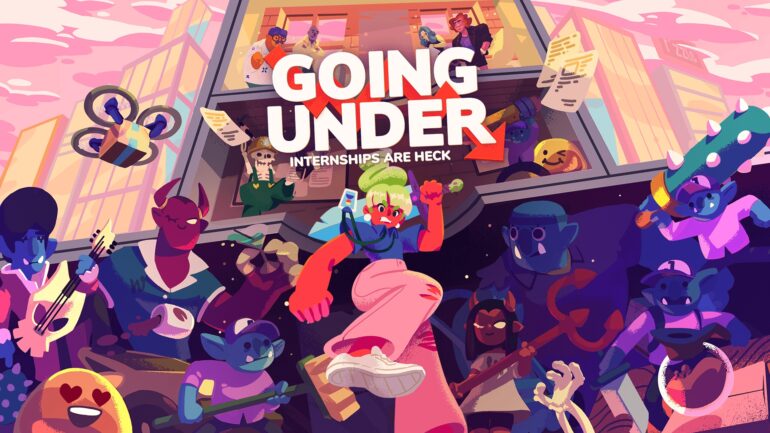 You know, in business, they don’t ever want to go under? It turns out it’s because they are literally Going Under. The business’ sink underground, where everyone that works there is cursed to wander the office for the rest of eternity.

Going Under is an action indie game made by the developer Aggro Crab and published by Team17 Digital. They’ve made hit games such as Worms W.M.D, Overcooked, and Moving Out. Does anyone remember playing the original Worms’ games on the Xbox? I spent countless hours trying new ways to take out my siblings while playing this. Before Going Under, I hadn’t played any game like it.

Going Under is technically a dungeon crawler game, but it is unlike any other. I hadn’t actually heard much about this game before purchase. The only way I found it was by looking at the recent releases in the Nintendo Switch store. If it weren’t for the unique style of graphics, I don’t think I would have even considered buying it. You could say I was like a child in a candy store; the bright colours definitely drew me in.

This game is very aesthetically pleasing. It’s such a refreshing, vibrant take on your typical dungeon crawler. The controls are straightforward, but it does often turn into repeatedly bashing the same button. There were only a few occasions where I have felt truly overwhelmed in combat. Which, in turn, is an upside.

“It would probably keep a child captivated.”

Going Under introduces you to the start-up company, Fizzle. There isn’t anything too exciting about the introduction. It’s a typical quick and easy tutorial. After that, you’re sent on your first mission to take on Joblins. The character design for these monsters is pretty cute. Unfortunately, there is no character customisation. But hey, at least you look cool?

Each time you defeat a monster, you can get cash from the kill. You can then use this money to buy items such as food to restore health or weapons. The prices can vary greatly. On top of this, there are also certain apps in-game that can reduce the price.

Like all dungeon crawlers, Going Under has boss fights. Each boss has their own introduction before the battle begins. This makes it more dynamic and, in turn, more interesting. Like in other dungeon games, the boss fights are brutal. But unlike other games, they have incredibly unique designs.

Regrettably, this review is short. There isn’t anything mind-blowing about Going Under. It has a few decent moments, but other than that, it’s boring and incredibly repetitive. I genuinely don’t have many positive things to say. It would probably keep a child captivated. 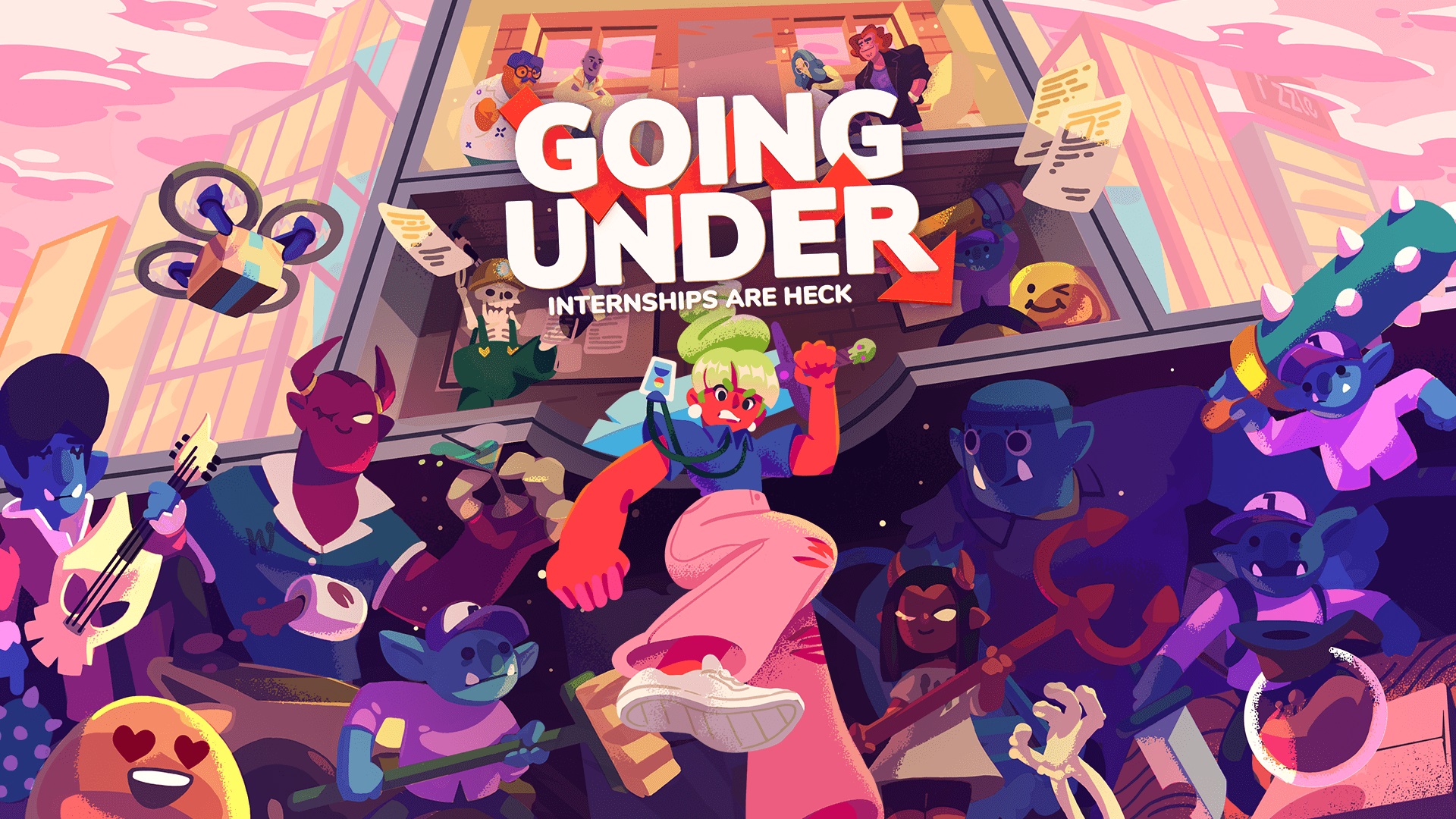