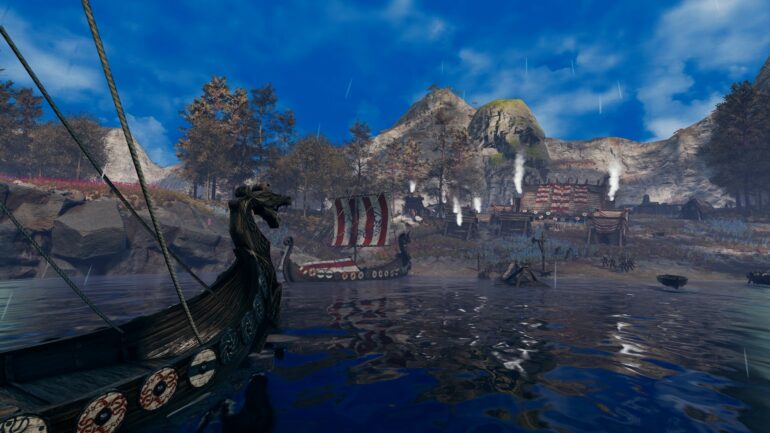 Publisher Hyperstrange and developers Paranoid Interactive are bringing their Viking-themed real-time-strategy game Frozenheim into Steam Early Access this May.

Frozenheim may seem like yet another game in a slew of Viking-themed titles, but it appears to be far more than just that. It’s a gorgeous RTS title set in the frozen north in which the player must micromanage their ever-growing city and peoples in the hopes of outlasting the cold and whatever lurks beyond. It certainly looks incredibly intriguing and is set to shake up the strategy genre.

Capitalising on that Valheim hype, Frozenheim is a Norse-themed strategy game all about survival and community. The player must build a shelter for their people to keep them safe from the cold, before expanding upon it and turning it into a mighty city. They’re not alone though, and outside of the perilous environment, there will be other factions out to get them. Here’s what you can expect when Frozenheim launches:

Frozenheim will release into Steam Early Access on the 20th of May, 2021. While a price hasn’t been disclosed as of yet, what will be available upon launch has. The player will be able to enjoy an introductory single-player prologue as well as an open-ended free-play mode and a basic multiplayer mode. The developers have promised to update the game frequently, and hope to leave Early Access in early 2022. Head on over to their Steam store page to wishlist it and get notified whenever they update the game. Will you be picking up Frozenheim? Let us know down in the comments below!