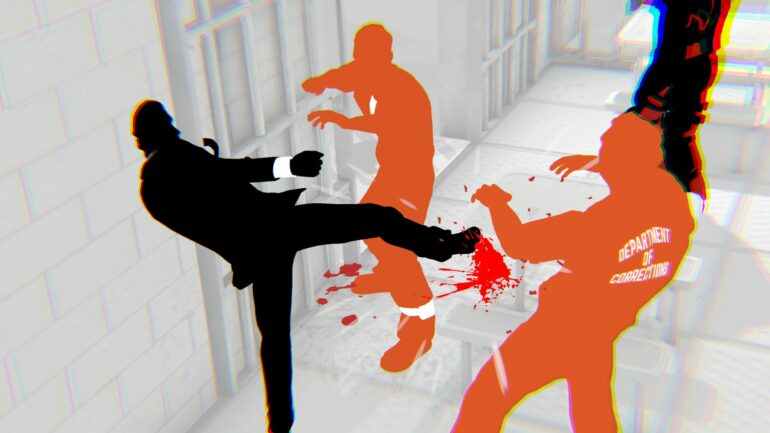 All too often, games in Early Access reveal their potential but struggle to flourish their accomplishments to players. They’re a dime a dozen, and so intriguing concepts with a little innovation and originality go a long way. Fights In Tight Spaces feels like a game with unbridled potential, but it, unfortunately, lacks the depth needed to make it a genuinely enthralling title. While there is clearly a lot of passion and good ideas at work here, Fights In Tight Spaces struggles to live up to the expectations it sets and quickly reveals itself to be a shallow, albeit fun, title.

Fights In Tight Spaces is all about, well, fighting in tight spaces. The player will progress through a series of levels tied together by an all but useless narrative. Each level involves a fight in an egregiously small enclosure or, at times, an event. Throughout the game, players will build a deck of offensive and defensive cards to use in combat. The player will also have a certain amount of action points, as well as combo points. These can be used to play various cards in your deck to both injure your opponent or buff your character. Navigating the small arenas is tricky, and discovering the best order to use the cards at your disposal will be the difference between life and death.

“Combat in Fights In Tight Spaces is fun, but incredibly shallow.”

Combat in Fights In Tight Spaces is fun but incredibly shallow. Initially, I really enjoyed the deckbuilding mechanic. Utilising the various offensive and defensive cards to pull off fights without losing a single drop of blood is extremely satisfying. The game’s slow pace allows for the player to make thoughtful approaches to combat engagements and gives them a moment to figure out how to best deal with the situation. The “tight spaces” aspect of the game means it is all too easy to get backed into a corner, especially when you’re up against a large group of enemies. However, I found that should I utilise my cards efficiently, I’d be able to evade injury just in time.

However, the lack of differentiation in cards leaves a lot to be desired. Defensive cards simply give you “block”, which just increases how many hit-points you can take before your life-points are affected. Offensive cards either deal damage, push the enemy into a different space, knock them down, or a combination. Despite the animations occasionally varying depending on the card, all of the cards felt fundamentally the same.

This resulted in combat feeling altogether stale. The enemy types and locations change depending on which part of the story you’re doing. Unfortunately, these variations will repeat within their chapters, meaning you’ll see the same jail cell and alleyway repeated several times within a single run. By the time I reached the second chapter, I felt as if I were just going through the motions.

“If you lack the ability to move then you’ll take damage no matter how good you are at the game.”

The central problem at Fights In Tight Spaces’ core is how the traditional RNG element of deckbuilding games doesn’t work in this context. Cards are tied to defence, attacks and movement.

You could have a hand full of incredible attack cards, but should none of them reach beyond one square in front of you, then it becomes a whole turn wasted. Movement is essential in each level to attack and defend against your opponent. But because your cards are random, you might not draw a movement card. As specific mechanics, such as using your opponents against each other, are tied to movement, if you lack the ability to move then, you’ll take damage no matter how good you are at the game.

“It’s not so much a trial and error situation as it is just hoping you get the right cards at the right time.”

The starter deck is packed full of wasteful cards, and while later decks specialise in offence or defence, it still felt like an unbalanced deck. Restricting movement in a game all about dodging attacks and moving out of the way to avoid incoming damage feels too harsh. This game style seems better suited to a card-puzzler in which you’d be assigned a hand of cards and must use them in the right order. Unfortunately, in its current state, fights feel incredibly unfair.

You reset to the beginning of the chapter whenever you die in Fights In Tight Spaces. Any cards you had unlocked are taken away from you, and you must fight your way back through the same locations and enemies again with the starting deck. Unfortunately, this mechanic made it feel as if I was never progressing. I was just thrown back to the beginning with nothing to show for it. You can’t really get better at the game either, as the cards you receive are entirely randomised. It’s not so much a trial and error situation as it is just hoping you get the right cards at the right time.

“The combo mechanic makes you genuinely think about the impact of which order you play your cards in.”

It’s not all bad. Fights In Tight Spaces does have a few interesting mechanics up its sleeve. For one, you can use enemies against each other. You can shove enemies into their allies’ line of fire or even quickly step out of the way and have the person behind you shot. It’s a really well-executed mechanic that adds a nice layer of strategy to the game.

I also enjoyed how movement is tied to your combo score and how certain cards utilise it. Some cards require a certain level of combo in order to use them, while others will end your combo score no matter how high it is. There are also cards that deal additional damage based on how high your combo score is. All of these helped spiced up the gameplay just enough that it didn’t feel too redundant. The combo mechanic is an excellent addition to the strategy element of the game, and it makes you genuinely think about the impact of which order you play your cards in.

At the time of writing, Fights In Tight Spaces costs £19.49/$24.99/$36 AUS. This is an inordinate amount of money, especially for an early access title that, at this point in time, has very little content. In comparison, Gritlands and Dicey Dungeons are cheaper and Slay The Spire is the same price. All three of these games have significantly more content.

At this price point, it’s too difficult to recommend, especially when it feels that they haven’t successfully fleshed out its core mechanic. Ultimately, this is a game in Early Access, and as such, it has plenty of time to improve. Unfortunately, however, while Fights In Tight Spaces is an enjoyable game, it’s difficult to recommend at this stage.

*Disclaimer: Reviewed on PC, code was provided by the publisher. 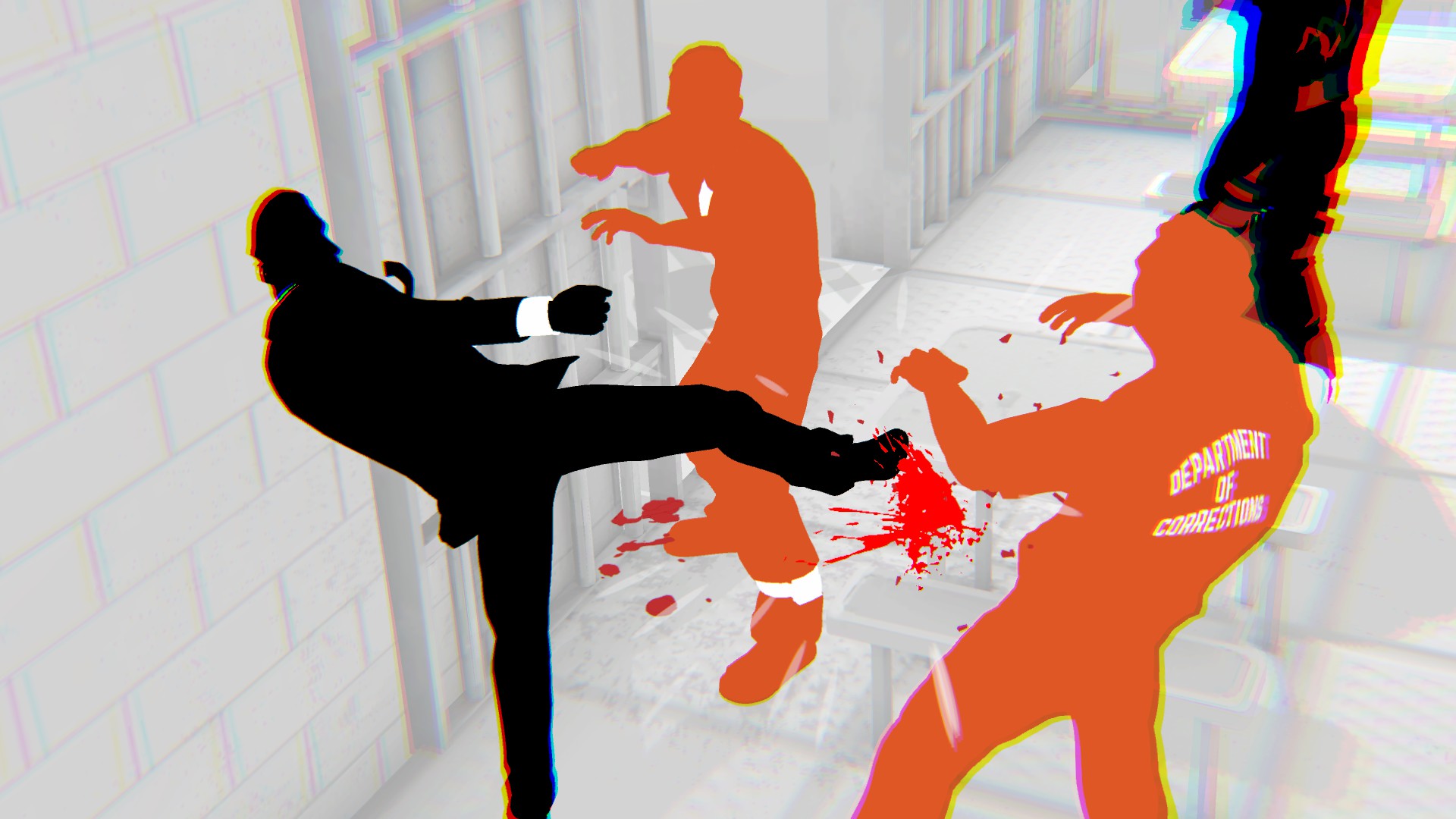 Fights In Tight Spaces Review
Summary
Fights In Tight Spaces is an enjoyable game that lacks depth. While the deck-building gameplay is fun initially, it quickly grows repetitive, especially with maps and enemies repeating throughout the main story. There's a wide range of cards to choose from, but they all felt too similar, and as a result, the combat quickly began to feel stale. The game can be brutally difficult, and it rarely feels as if you're progressing as you start from scratch whenever you die.
Pros
Enjoyable Deck-Building Gameplay
Nice Visuals
Re-Watching Fights Is Cool
Cons
Combat Gets Repetitive Quickly
Cards Feel the Same
Brutally Difficult At Times
6.5