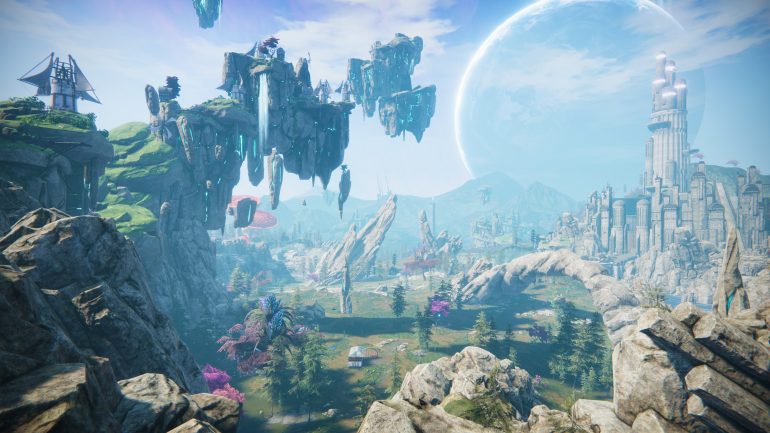 Developer Midgar Studio, and publisher Dear Villagers, have announced that the hit-JRPG, Edge of Eternity, will finally be launching for PC this June.

After a successful Kickstarter campaign which raised $161,246 thanks to the support of 4,045 backers, Edge of Eternity launched into Steam Early Access where it would remain for two years. During that time developers Midgard Studio have released countless updates, adding new chapters to the game and over 40 hours of content. With the full release, the final 20 hours of content will be released which will finally wrap up the story. Jeremy Zeler, founder of Midgar Studio has expressed his excitement to finally get the full release of Edge of Eternity into player’s hands.

“We’ve poured our whole heart into making Edge Of Eternity […] It’s a story of epic existential battles and intimate personal dramas. I can’t wait to show it off to the world.”

What is Edge of Eternity?

Edge of Eternity is an epic JRPG set in the world of Heryon. The player will follow the adventures of Daryon and Selene as they attempt to find a cure to a seemingly endless disease and save their world. Thanks to the successful Kickstarter campaign, this turn-based JRPG features music by the legendary Yasunori Mistuda. You may recognise him as the composer for Chrono Trigger and Xenoblade Chronicles. Here’s some of what you can expect when Edge of Eternity launches later this year:

Edge of Eternity will release on PC this June 8th. It will also launch on last and next-gen consoles this Q4. These include PlayStation 4, Xbox One, Xbox Game Pass, PlayStation 5 and Xbox Series X. To celebrate its full release, Dear Villagers and Midgar Studio are hosting a 33 percent off discount until April 13th. So be sure to head on over to its Steam store page to pick up your copy. Are you excited about Edge of Eternity’s full launch? Let us know down in the comments below.