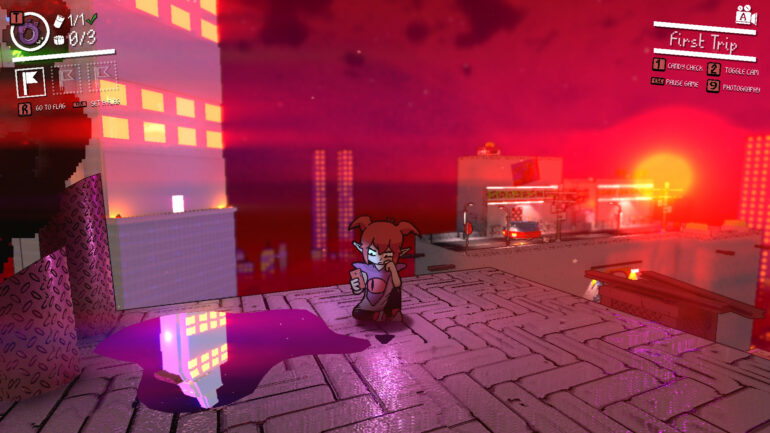 Developed by Fabraz and published by Playtonic Friends, Demon Turf is an upcoming 2D/3D-hybrid-platformer with a lot of charm and wit and is launching on console and PC later this summer.

Revealed during today’s ID@Xbox showcase event, Demon Turf is an intriguing platformer with a gorgeous 2D/3D art style. It feels very reminiscent of Persona 5. It’s a game all about replayability, ensuring that players come back time and time again with the challenge “ever-evolving”. This stylish platformer may be releasing in the near future, but players have the chance to try it out right now. Launching alongside the ID@Xbox showcase event is a free Trial. It will allow players to experience some of what Demon Turf has to offer. Climb the leaderboards to win a personal portrait in the main game and a winners only t-shirt. You can also try out the main game’s tutorial and two of its main levels. Fabian Rastorfer, Demon Turf’s Game Lead and Artist spoke about his passion for platformers, and the transition from 2D to 3D.

“I’ve always wanted to create a 3D Platformer, they’ve been my favourite genre all my life, having grown up playing all of the notable ones on pretty much every console! With our 2D platformer, Slime-san, we received a lot of praise for what we brought to 2D precision-based platforming so we really wanted to see if we can translate the spirit of what made Slime-san great into a 3D Platformer”

What Is Demon Turf?

Demon Turf is a visually impressive platformer all about humour, wit, and challenge. Players will take the role of Beebz, a 1000-year-old demon who sets out on an adventure to reclaim the Demon world “turfs” and dethrone the Demon King. This is a game all about having a good time, so expect a healthy helping of laughs and a “punky attitude”. Here’s some of what you can expect to see in Demon Turf’s full release:

Demon Turf is coming to PC, Nintendo Switch, Xbox One and the Xbox Series S/X this Summer. If you simply can’t wait, then head over to its Steam store page to download the free Trial version. Will you be picking up Demon Turf? Let us know down in the comments below.