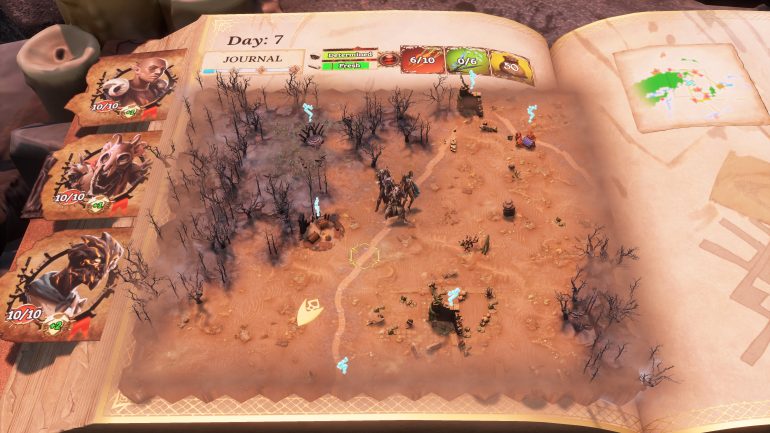 Trials of Fire, the single-player turn-based strategy game that focuses on deck-building and strategic combat, has finally left early access. It has benefitted from the many years it was in Early Access, receiving community support and numerous updates. For fans of the game, the launch into 1.0 will be a tremendous occasion, and for newcomers, now is the best time to jump in. Dax Ginn, the co-Founder and Studio Director of Whatboy Games, spoke about the time the game was in development and how the community has helped shape Trials of Fire into the game it is today.

“Coming out of early access after almost two years of full-time development is an incredible achievement for any indie team […] We have faced down a lot of trials of our own during the creation of this game, but one thing is for sure – there is no way that we would be in this position without the support and input of the community that has emerged around Trials of Fire. The suggestions and critique from the thousands of players who have joined us on this adventure have shaped the game into something we can all be very proud of and we look forward to welcoming many more players into the world of Ashe.”

What Is Trials Of Fire?

Trials of Fire is a turn-based strategy game all about guiding a party of forlorn heroes trying to recover their long-lost hope. You will explore the vast post-cataclysmic fantasy realm Ashe, all while fighting against your various adversaries in turn-based deck-building combat. Everything is procedurally generated too, so you know each and every playthrough will feel unique. Here’s what you can expect now that Trials of Fire has launched out of Early Access: