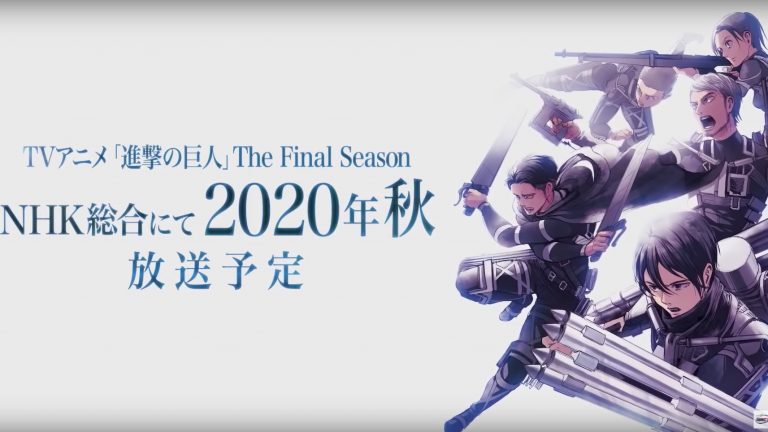 After the long wait, the time has finally come for Attack on Titan season 4. I will try to keep this article to minimal spoilers, but to ensure maximal enjoyment, I advise you to watch it yourself before reading the article.

The first episode of Attack on Titan’s season 4 was released a few hours ago and it did not disappoint. Many fans did not know what to expect after the dramatic and near-perfect ending to the second half of season 3.

Season 4 begins with new characters and a new location. I believe this is also the first episode that does not contain one of the main 3 protagonists: Eren, Mikasa, and Armin. Instead, we are introduced to a new set of Marleyan warriors that have been chosen to potentially inherit the powers of the titans.

The main 2 characters who made an impact in this episode are Gabi and Colt; Gabi reminds me of Mikasa as she is more of a fighter than perhaps her appearance might suggest. Gabi volunteers herself to go into the middle of a battlefield to destroy an armoured train and Colt then runs into a barrage of bullets to protect her. The dynamic very much reminds me of Eren and Mikasa. One always gets in trouble, and the other one does everything in their power to protect them. I’m intrigued to see how the dynamic between these characters evolves, especially when they come face to face with fellow Eldians like Eren and company.

Did The Trailer Spoil The Episode?

A large number of scenes from this episode were made from the Attack on Titan season 4 trailer. That being said, we are introduced to the new Jaw Titan as well as the Cart Titan (with the mounted guns on its back) from the trailer. The key takeaway from this scene is that Ymir is officially dead. I understand we did see her being sacrificed towards the end of season 3 in memory of Historia but now it’s 100% official.

The remainder of the episode shifts the focus to Reiner/Armoured Titan and Zeke/Beast Titan as they throw people out of a blimp. They turn into titans mid-air and destroy a large portion of the fort they’re attacking. This is where I have an issue with the episode.

In the previous season, it was never explained how Zeke made a wall of Titans appear outside Shiganshina, or better yet, how he’s able to control them. But instead, they just throw this is in like it’s something we have seen before. Admittedly, I don’t know if this is better explained in the manga as I can only go off the anime, but if they don’t explain this further, then it’s just lazy writing.

Attack on Titan Episode One Conclusion

Now that the Beast and Armoured Titans have control of this fort, they then turn their attention to military ships in the water from the fort. Similar to how he dispatched the survey corps recruits, Zeke simply lifts a handful of explosives and fires them at the ships. However, the ships fire back unexpectedly, and instead of hitting Zeke, Reiner steps in and saves him. As the episode ends, we don’t know Reiners’ status, but from the clips in the trailer, it’s safe to assume he survived and will play a big role in season 4.

Throughout the whole first episode, it’s never really clear who the Marleyans are fighting. They simply refer to them as the “Mideast Allies” and were later told that the Paradise island mission is on hold due to the failure of Zeke and Reiner. Which explains why they never returned during the 9-month time skip at the end of season 3.

Was it Worth the Wait?

Overall, it was a decent episode to start the season, given everything surrounding the new studios, and all the hype around it. The new studio, Mappa, put their own stamp on how they want the series to look going forward, especially with the intelligent Titans. The Armored, Jaw, and Cart Titans all looked great in the new design, but the Beast Titan just doesn’t look as good. I can’t put my finger on why though.

All that being said, I hope you enjoyed the episode and are looking forward to episode 2. If you’re not a fan of the new design and animation style of Attack on Titan, give it a couple more episodes, and it may grow on you.