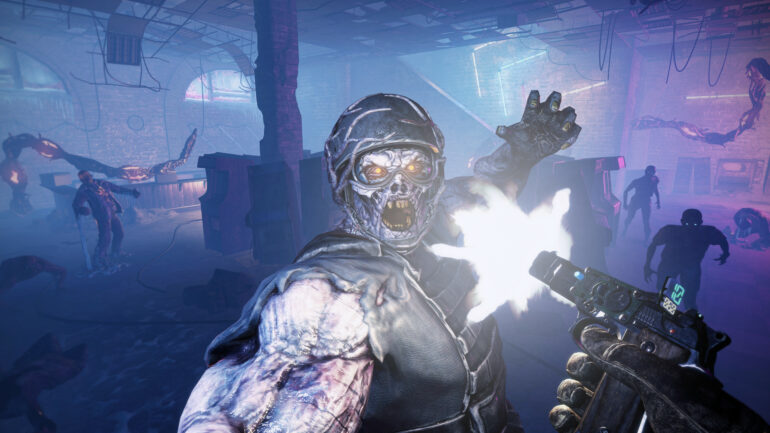 Vertigo Games, the folks behind the hit VR title Arizona Sunshine, have announced their next foray into the world of Virtual Reality, After The Fall.

After The Fall is a cooperative VR title set in the frozen apocalyptic wasteland of 80s Los Angeles. Exuding Left 4 Dead 2 vibes, After The Fall is set to be an action-packed joyride through a ruined city. It will also apparently make the player feel like an “overpowered action hero”. Vertigo Games are experts at making cooperative VR titles, with their previous effort, Arizona Sunshine amassing over five-thousands reviews on steam, with 82% of them being positive. It garnered huge critical acclaim, so I feel it’s safe to say After The Fall is in good hands.

What Is After The Fall?

After The Fall is a cooperative VR shooter all about exploring a frozen Los Angeles that’s trapped in the 1980s. Players will be able to join with three of their friends or go at it alone with AI companions. They’ll be fighting their way through the city taking out creatures known as Snowbreed. There are some frighteningly fearsome creatures featured in the trailer, including the towering Smasher. Richard Stitselaar, the Studio Director at Vertigo Games has said that the game is all about bringing players together in a time of social isolation.

“Since the early concept phase, After the Fall has been about uniting VR players as teams through the cross-platform multiplayer functionality – regardless of the device they are playing on. At a time of widespread social isolation, this goal now seems to have additional relevance.”

Here’s what you can expect when you dive headfirst into the frightening world of After The Fall: