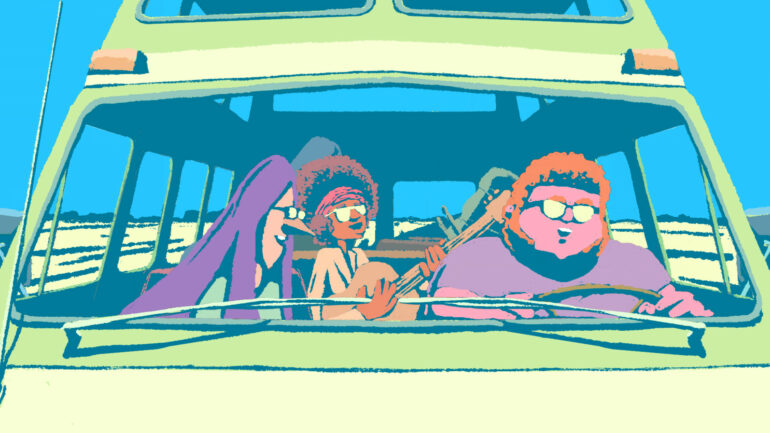 Beautiful ‘A Musical Story’ Announced For PC, Switch And Xbox One

Developer Glee-Cheese Studio and veteran indie publisher Digerati are bringing their stunningly stylish narrative rhythm game A Musical Story to the PC, Nintendo Switch, Xbox One and iOS this Summer.

A Musical Story is an intriguing title that blends a dialogue-free narrative with sweet 70s inspired music. The player will uncover a story all about memories by playing through the game’s soundtrack. The project began back in 2017 and is being developed by the four-man French development team Glee-Cheese Studio. Charles Bardin, the game’s designer and co-composer, wanted to innovate upon the rhythm game genre and infuse it with a uniquely gorgeous visual style.

“We wanted to make something different, something that would stick in the minds of players, both for its gameplay and story. […] We’ve focused on creating an experience that relies on the listening skills of the player, so they must feel the music, understand it, to progress and unveil the story.”

What Is A Musical Story?

A Musical Story is a narrative-focused rhythm game centred around a young man named Gabriel. The player must reconnect Gabriel with his memories by correctly playing songs from his past. The game is entirely devoid of dialogue and instead focuses on the language of music and its connection to memories. Here’s everything you can expect when A Musical Story launches this Summer:

So far, the only release date we have to go on is Summer 2021. Unfortunately, we also have no idea how much it will cost when it does release. What we do know is that the game will be featured at London Games Festival and will be getting a demo to commemorate that. I will feature the first 10 chapters of the game and will be made available from the 19th of March. Head on over to A Musical Story’s Steam store page to wishlist it and get updated whenever new information drops!