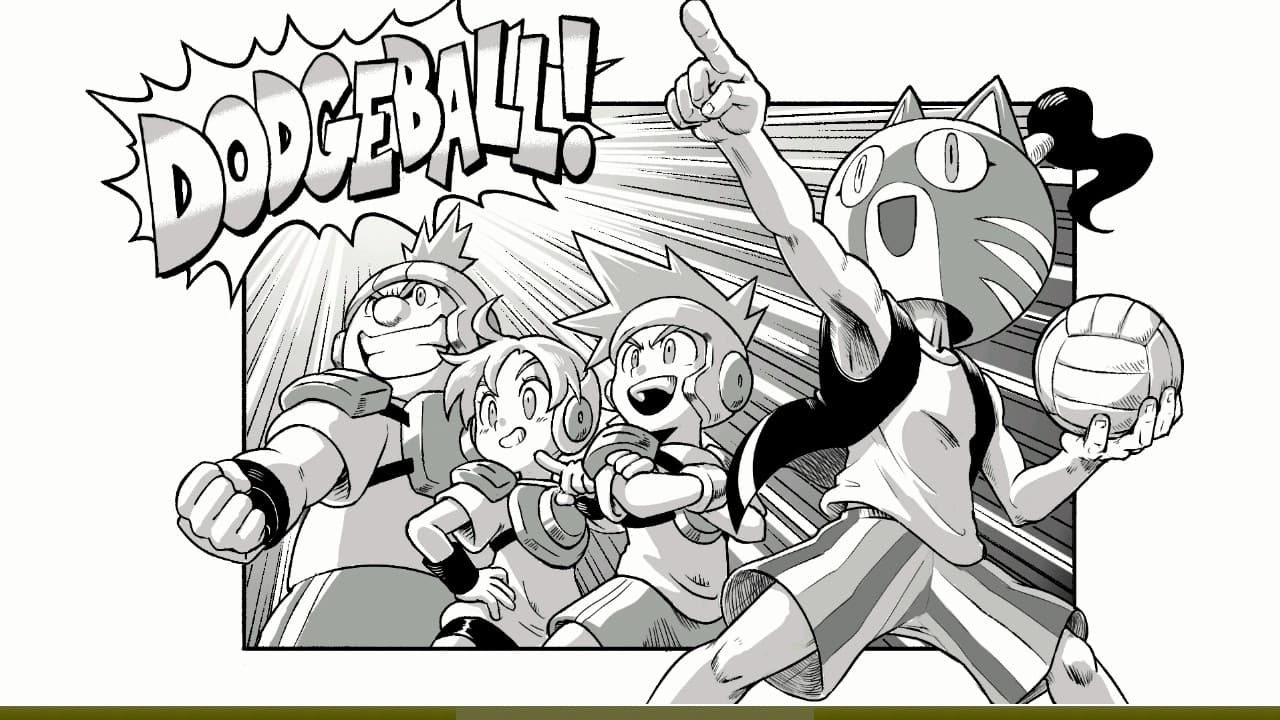 I’ve played some pretty terrible games as of late and fancied a little bit of a break. I needed something fun, something catchy, something rhythmic. So, welcome back to the You Need To Play series, in which I recommend games from my enormous backlog of video games. Today’s title is Super Dodgeball Beats, an incredible fun rhythm game with a hint of Inazuma Eleven.

I watched a lot of Inazuma Eleven back in the day with my sister. For those unaware, Inazuma was a sports-based anime, not too dissimilar to Eyeshield 21 and Captain Tsubasa. It featured a team of high-schoolers who fought against aliens, gods (who were taking steroids???), a school full of ghosts, and a bunch of Otakus. Okay, so my knowledge of the series is a little spotty, but suffice to say the Inazuma team kids were up against some nasty competition.

What I love the most about that show were the brilliantly designed opponent teams that our main heroes went up against. It was fun watching each episode to see what their unique powers would be. It wasn’t dissimilar to Pokémon or Yu-Gi-Oh and watching what new monsters Ash or Yugi would battle next. Inazuma Eleven is a show that I highly recommend watching, despite its wackiness.

So what has Inazuma Eleven got to do with a rhythm game centred around the punishingly brutal sport of dodgeball? Well, a lot and a little. In terms of gameplay Super Dodgeball Beats is nothing like the aforementioned anime. It’s a rhythm game first and foremost, in which you compete against rival teams in a game of dodgeball. You have to time each of your four characters’ actions to the beat, reacting to your opponents’ abilities, while adhering to whatever alterations there are in the mechanics. For example, at times you’ll have to hold down either up, down, left, or right on the d-pad for an undisclosed amount of time, others you have to push the left analog-stick in the direction indicated. Whatever the gameplay mechanic you have to perform, you must do so the beat.

Each round will last the song’s length, and whoever has the ball in their metre wins. To get the ball in your metre don’t miss a beat, or don’t miss too many toward the end, because you’ll swiftly find yourself pulverised with a dodgeball. The songs themselves are super catchy, and absolute bops. On top of that, they fit well with each character thematically. For example, when up against the vampire character, the song has that old-school horror twinge to it. Or, when up against the Neko-kittens the song has a little Nyan-cat feel. After a couple of playthroughs, you’ll become completely in tune with the music, hitting all the beats at the precise right moment — a true master of the rookie league. And then you’ll try out the next league, and get absolutely decimated.

Four of the Most Underrated Video Game Endings

The best part of Super Dodgeball Beats is its Inazuma Eleven quality. Each opposing team is so creatively designed, and a real blast to play against. They’re either parodying something or themed around a genre or trope. But even the more satirical characters would feel right at home in Inazuma Eleven. They give the game a more distinct flair and make playing each round feel unique. The anime aesthetic used for the character design is bright, vivid, and colourful and brings some of the wackier ideas to life. In fact, all of the art for this game is very eclectic and impressive! From the manga-styled opening cutscene to the art in-between each battle, it’s all incredibly stylised and screenshot-worthy.

Super Dodgeball Beats is an incredible unique rhythm game that excels both visually and mechanically. It’s an absolute blast to play through, with each song being as catchy as the last. It helps that the whole game is a visual spectacle and full of fascinating character designs. I highly recommend Super Dodgeball Beats, if only to marvel at the wonderful art, and bop your head to the exhilarating tunes.