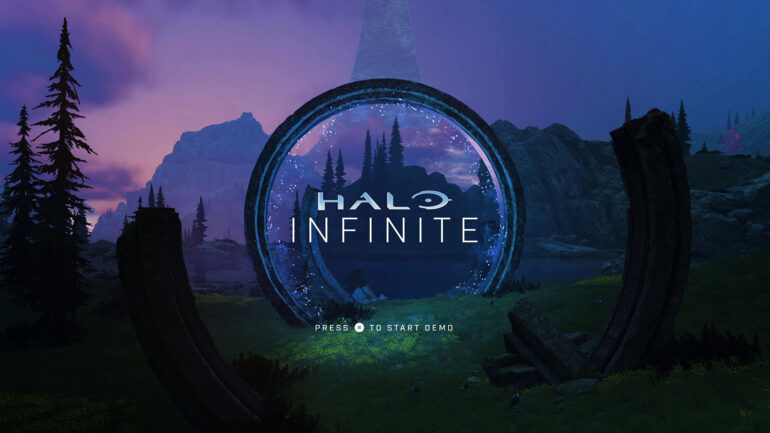 Senua’s Saga: Hellblade II unfortunately didn’t get any new gameplay reveals but you can watch the behind the scenes documentary with the developers Ninja Theory here.

Halo Infinite’s first look at the campaign being the major talking point of the event as well as the return of Fable. Destiny 2 and all of it’s DLC will also be available on the Xbox Game Pass in September and on the Xbox Series X.

You can check out all the previews for all the games shown below.

As Dusk Falls is an original interactive drama from INTERIOR/NIGHT that explores the entangled lives of two families across thirty years. Starting with a robbery-gone-wrong in small town Arizona, the choices you make will have a powerful impact on this epic story of sacrifice, betrayal, and resilience. Release Date TBA.

A sprawling global conflict rages between the Global Risk and Black List mercenary factions in an immersive and cinematic single player experience from Smilegate Entertainment and Remedy. Where will the fight take you? Release Date TBA (Campaign).

As a new threat emerges, so too does a mysterious new power. Release Date: November 10, 2020.

Everwild is a brand new game from Rare. A Unique and unforgettable experience await in a natural and magical world.

Though previously rumoured as Fable 4, Fable returns with a reboot for the legendary franchise developed by Playground Games for Xbox Series X and Windows 10. Release Date TBA.

Witness the power of Xbox Series X through Forza Motorsport. Automotive entertainment is re-imagined for a new generation. Release date is to be confirmed.

The BIGGEST games get the BIGGEST launch trailers. And then there’s this one. With a comedic reference to Cyberpunk 2077, this game seems like one to follow.

Master Chief returns in the latest installment in the legendary Halo series. This is the first look at Halo Infinite gameplay captured on the Xbox Series X. Release Date: Holiday 2020

Phantasy Star Online 2: New Genesis will surpass Phantasy Star Online 2 in every way, offering players limitless adventure and unparalleled character customisation. The game has been redesigned as a best-in-class online action RPG experience for the next generation. Release date: 2021.

Ori and the Will of the Wisps

Critically acclaimed Ori and the Will of the Wisps will be optimized for Xbox Series X and be available on smart delivery.

Featuring Jack Black on the vocals, Raz takes a journey through the mind of a mystery brain he found in a jar.

Release Date to be confirmed.

From the studio behind Life is Strange, comes the latest narrative experience, Tell me why. Play as twins Alyson and Tyler as they use their special bond to unravel the mysteries of their loving but troubled childhood. Release Date: August 27 (Chapter 1).

Tetris Effect: Connected will be available on all Microsoft platoforms: Xbox Series X, Xbox One, and Windows 10 (PC, Windows Store). It will also be accessible on the Xbox Game Pass and Smart Delivery programs when it launches alongside Xbox Series X in Holiday 2020. Tetris Effect will feature a re-optimised single player as well as a new multiplayer mode.

From the creators of SteamWorld, embark on an all-new adventure in a vast and alien world where you’ll encounter terrifying enemies and challenging puzzles on your quest to unravel the mystery of a forgotten planet, while saving it in the process.

The Medium is a next-gen psychological horror game, featuring never-seen-before and officially patented Dual-Reality Gameplay that plays out across two worlds displayed at the same time. Release Date: Holiday 2020.

From the developers of the best-selling and award-winning franchise Vermintide, Warhammer 40,000: Darktide is a visceral 4-player co-op action game set in the hive city of Tertium. Fight together with your friends against hordes of enemies in this new Warhammer: 40,000 experience.