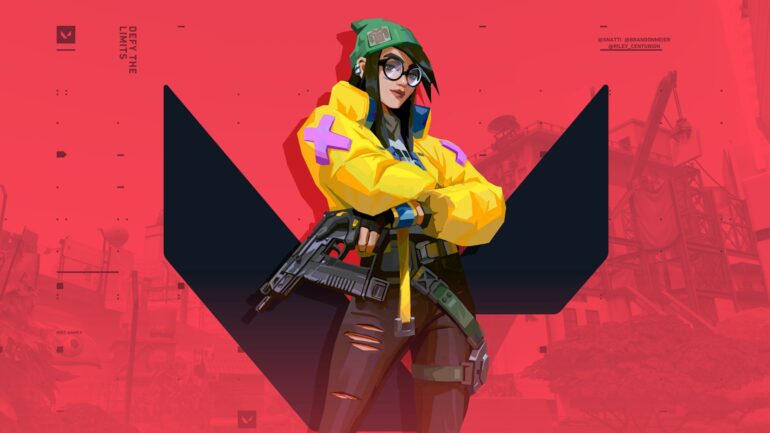 The latest update to Valorant is here and we have all the information you need right here. Valorant patch 1.05 welcomes a brand new agent, Killjoy. As well as a new agent, a new Valorant Act has arrived. The new Valorant Act introduces a fresh battlepass, and a new deathmatch mode.

There are plenty of competitive changes including long-awaited matchmatching adjustments. Act Ranks are also live and you read all about that here.

Finally, Raze’s abilities are getting tweaks to lower the damage output. You can check out the trailer here.

Check Out Killjoy and All Her Abilities Below:

Killjoy is a brand new sentinel originating in Germany. Joining the ranks of Sage and Cypher. Killjoy’s abilities are inventions she has created that debuff, damage and stop her enemies.

EQUIP an Alarmbot. FIRE to deploy a bot that hunts down enemies that get in range. After reaching its target, the bot explodes, applying Vulnerable to everyone in range. HOLD EQUIP to recall a deployed bot to save it for later.

EQUIP a Turret. FIRE to deploy a turret that fires at enemies in a 180 degree cone. HOLD EQUIP to recall the deployed turret.

EQUIP the Lockdown device. FIRE to deploy the device. After around 10 seconds, the device detains all enemies caught in the radius. The device can thankfully be destroyed by enemies.