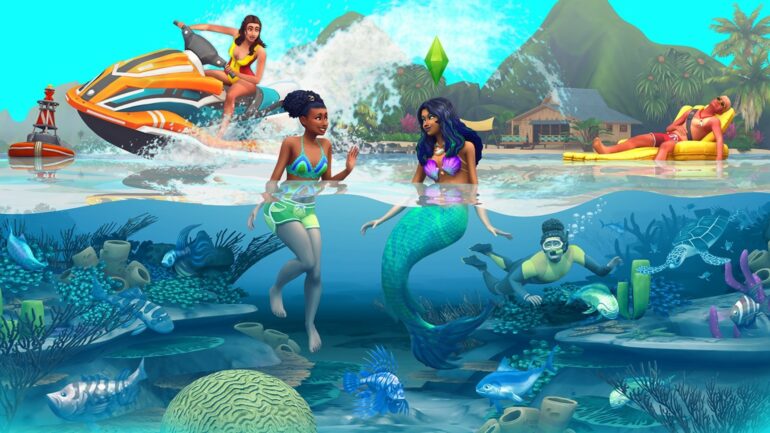 A Sims 4 Multiplayer Mod has recently become popular with Sims Content Creators, and it already has so many cool features while only being released for a couple of months. S4MP is the creator, and they have a website where you can download the mod while providing FAQs and a guide on how to run the mod on your computer. Click here if you are interested.

As of this moment, you can only run the Sims 4 Multiplayer Mod on the same local network for free. If you want the online version, there is a beta up and running, but you have to become a Patreon and pay money to gain access to it.

How Does the Sims 4 Multiplayer Mod Work?

When playing the game, the host may have their sim do an interaction that pauses the game, where a pop-up window appears, showing you what you can choose — for example, giving a gift. However, there is a small bug when the pop-up window won’t show up for the player who initiated the interaction and instead shows up on the other player’s screen. You will have to communicate that you are doing these actions until it gets fixed.

The most significant bug so far is the sim’s inventory. When player 2 wants to sell something in their inventory, the selling box is greyed out. The only person that can interact with a personal inventory is the host. If other players have items in there, their Sims can’t interact or use them like normal by clicking on them and selecting an action. The items are basically decorations in a box to them.

So if personal inventories are a big deal to you, I don’t recommend you play this mod with friends. Otherwise, it looks like one fun experience after another. What happens if the host players’ Sim dies? Does the game continue? Who knows until you play with life. Also, watch the video below to see two people trying out the mod for themselves.

The Sims 4 is Now on Steam

In other news, The Sims 4 was released on Steam just in time for the Summer Sales. With the sales, it is half price and very affordable for the base game and the DLC. When buying The Sims, I recommend buying an expansion pack, game pack, and stuff pack, as long as you can afford it, to improve your Sims experience and gameplay. Below are my recommendations for each type of pack.

From the expansion packs, I would either buy Seasons or City Living. Seasons comes with all the different weather changes, new skills, new careers, and holidays like Winterfest (Christmas) and Egg Day (Easter). In City Living, you are given a whole new world called San Myshuno, and you can choose to live in either a cramped, little apartment, or have the penthouse to yourself. There are basketball courts, flea markets, new cultures, and heaps more clothes in the Create-a-Sim (CAS) aspect.

A game pack will give you more content that your sims can interact with, such as becoming a vampire or even a mermaid. However, My recommendation for this section is a little different. The Sims 4 Parenthood Pack adds the parenting skill and skills for children like responsibility or emotional control. Children now bring home school projects and work on them with their parents, creating extra bonding time. The CAS items fit the theme, and the buy mode items are beautiful and well worth the money.

Lastly, Laundry Day and Movie Hangout are the two stuff packs that I put first on my list. Laundry Day is exactly what it sounds like, but the items are beautifully made, integrate well with the Parenthood Pack, and it was content voted for by the Sims community.

The Movie Hangout Stuff Pack was one of the earlier stuff packs to come out. However, it adds a more quirky style to the game. Plus, who doesn’t want to watch movies and eat popcorn outside on a giant screen or even inside on their little penguin T.V? The CAS and buy mode items are very boho-chic, but they have every last detail put into them.

At the end of the day, it’s your life that you are playing with, and these are my recommendations. Happy Simming!