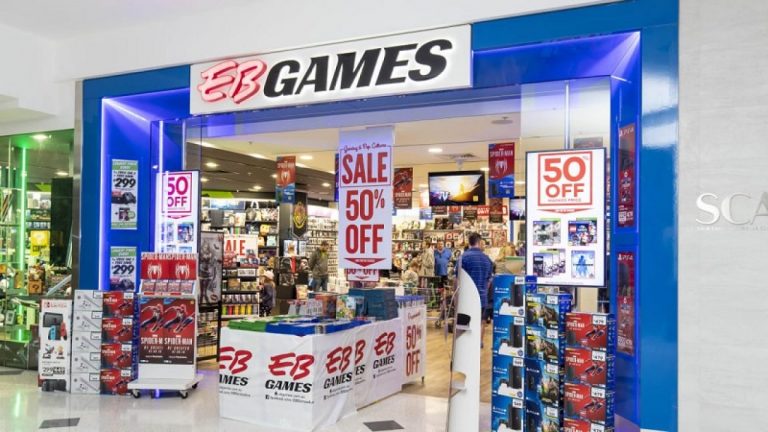 The Problem with Hard Copies: A Rant and Love Letter

Remember when hard copies were the only way to get a game? You’d have to go to good ol’ “Games On A Shelf”: the store to get the latest releases. And then you’d take them home, put them in your game box, and they’d just play? Remember how good that was?

The Trip and It’s Stages

It adheres to the three stages of a trip, the anticipation stage, the savoring stage, and the reflection stage. You build your anticipation on the way there, and it comes to a head when you have the game in your hot little hands. Then you get home, start it up, and you savor the experience by playing it. Finally, after you’ve finished it, you get to reflect and think back on how good and/or bad it was. It was satisfying.

Unfortunately, times have changed, and there is a new way to play hard copies, a glorified digital download. Wanna play the game as soon as you get home? Well, think again. Firstly, the disc must install onto your console. Then there is also usually a day one update, leaving you to just sit and wait. When it’s finally finished, some games ask you to sign up online and hinder your experience if you don’t.

The whole process has so many extra steps in the anticipation stage. Your anticipation builds to critical levels and is in danger of tipping into apathy/rage towards the game.

As you can see, it bothers me greatly. I miss going to Blockbuster or my local games store and renting a game I could just take home and play. And, I mean, that sentence can also end after the word Blockbuster. My earliest memory of renting a game is going to my friendly neighbourhood Civic Video and renting out Pokémon Stadium 2 for the Nintendo 64. It cost me $3 out of my fortnightly $4 pocket money, and it was so worth it.

From Playstation 1, and N64 games through to Xbox 360, Wii, and Nintendo DS games I sunk a lot of my pocket money into weekly rentals as a youth. I’ll have you know I rented the Xbox copy of the Robots tie-in game more than once, maybe even more than twice, was it a smart thing to spend my money on? Absolutely not! Would I go back and change that? Absolutely not! But all of the games I rented had one thing in common. They all played immediately when the disc was inserted into the machine.

Where It Started to go Wrong

When I was 17, I built my first computer. And when I say I built it, I gave my sister’s partner $660, and he bought the parts and put them all together for me. And at that moment, my money went towards digital Steam games and computer upgrades, instead of hard copies.

I have not looked back since. Never did I touch a console until several years later when I met my wife who has an Xbox One. And I was displeased, to say the least. Installing games, needless online functionality, and constant updating, it seemed like some kind of cruel joke. I remember laughing about the console wars of the users being up in arms over required online usage, the eternally watching Kinect (Big Brother was almost watching), and arguments over backward compatibility. Oh, how I laughed at the filthy console peasants. All the while blind to the real issue with the consoles.

Kids now had an even longer wait time to play the games they wanted. Renting hard copies from Blockbuster (when you still could) meant spending the start of your paid time installing and updating games that would take up space on your hard drive then had to be deleted when it went back. I really feel for them.

Some of my best gaming experiences were from the immediate gratification of putting a disc in and starting up a game. Which is not available anymore. Even going to a games store is no better. It’s ridiculously expensive even to buy pre-owned games, which leaves buying hard copies more of a losing investment than it used to be. At least if you sunk money into an N64, they are worth something.

Nowadays, every game gets a next-gen port at full price to make outrageous amounts of money on stuff we have already played. The anticipation stage now is purely the download time. Which on Australian broadband is long enough as it is…

And I get it, you know, games are getting bigger, and discs aren’t keeping up. But neither were cartridges, and we left them behind, or did we? The Nintendo Switch returned to tasty cartridges that are inserted into the Switch, and then the games just play. But is that a step backward?

It could definitely go both ways. On one hand, it’s definitely working. Playing time is as long as it used to be which is a plus, but it’s not the innovation we need. If anything games should be moving onto some kind of proprietary USB stick or SD card. Something the game stores can keep updating as updates roll out, and are cheaper to produce than larger discs. Something needs to change. And digital-only consoles like the PS5 have introduced steps in the right direction, but they also mark the beginning of the downfall of the brick-and-mortar games store.

I can’t believe I’m going to say this, but Fallout 76 did something… right… That was hard to say. The hard copies of Fallout 76 were cardboard discs telling you to redeem an online code, which skipped the install from disc step and went straight to download the game with updates and all. And that’s so good. Shame the rest of the game bombed harder than the in-game nukes.

The Future of Hard Copies

The future of gaming looks okay at the moment, seemingly it’s drifting towards PC gaming as consoles start looking more and more like PCs. Nintendo will always do their own thing with handheld, and at-home play. With most of the Xbox Series X/S exclusive library coming to PC and hopefully the PS4/5’s library following, the need to buy a console gets lower and lower.

I’ll watch with more interest than I used to in the hopes of a change. At the end of the day, gaming is about experiences, and the experience is being hampered by a lack of expediency and online for the sake of being online.