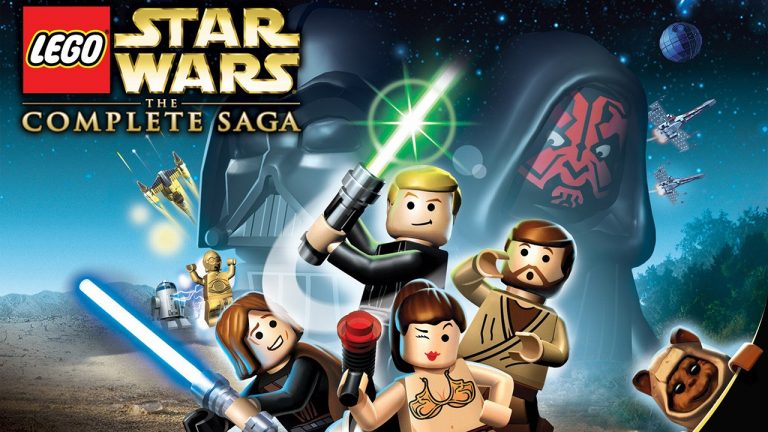 Ten Lucasfilm/LucasArts Games That Will Never be Forgotten

With the announcement that Lucasfilm Games is returning under Disney, everyone here at the Game Crater is excited. LucasFilm Games (or LucasArts) has an amazing portfolio of different styles and genres. The studio has a rich history in this industry from adventure games to shooters and loads in between. It influenced many titles and franchises that came years later, some of which were game of the year award winners. With that said (and in no particular order) here are ten games from the studios’ past you must play.

The Force Unleashed is an exciting, fast-paced hack-and-slash adventure game with solid combat and some of the best portrayals of force abilities seen in any Star Wars game. It featured the “what-if” scenario of Darth Vader having a secret apprentice called “Starkiller” that he was training to help him overthrow the Emperor. But it backfires as he turns to the light and joins the Jedi he was sent to hunt down. My favourite thing to do in this game is pick up stormtroopers with the force and throw them at each other. It never gets old.

That physics engine was a big selling point and is one of the reasons why the game is still playable today. Originally released in 2008, it is on 11 platforms, and it picked up a slew of awards, including the “Writers Guild Achievement in Video Game Writing” award. All this at a time when Star Wars games weren’t particularly good, it definitely changed that perception.

One of the LucasArts (Lucasfilm) legendary adventure games, Grim Fandango, sees you play as Manny Calavera, a salesman in the Latin afterlife. Your journey through this unique setting is packed with twists, intrigues and exciting characters. It also has some beautiful pre-rendered backgrounds, which was a significant step forward in 1998 from the previous 2D adventure games they had released prior.

With a remastering in 2015 by Double Fine Studios, this game made a resurgence and scored 10/10 on steam user reviews. So what are you waiting for? Go check it out for yourself.

The Secret of Monkey Island

Created by Ron Gilbert, Tim Schafer & Dave Grossman, this game is the standard-bearer for all point and click adventure games since 1990. You play as Guybrush Threepwood who wants to be the most fearsome pirate on the seven seas. But, he looks and sounds about as intimidating as a damp sheep.

This is a comedic game where dialogue choices matter, (especially in the insult duels) and unique puzzles are the main gameplay challenge. I’d never have thought it possible for a pirate game to be portrayed like this, but it works. It’s charming and funny, and Guybrush’s social awkwardness is very relatable to this internet nerd. Its cartoon style means it holds up despite its age, but the remastered version (2009) is even easier on the eyes. In short, play this. You can pick it up for under £5 online, which is an absolute steal.

Day of the Tentacle

This game is also known as Maniac Mansion 2: Day of the Tentacle, and it is a cracker of an adventure game. It has the signature LucasArts cartoon/comedy style that we see in earlier titles & a fun story to boot.

You take control of three characters (Bernard, Laverne and Hoagie) and solve puzzles using time travel in a story set 5 years after its predecessor. It was created by two of the people behind Monkey Island, so you know it was in good hands. It released to critical acclaim and is another cracker of an adventure game that should be on every gamers backlog.

With the overall disappointment that was EA’s attempt at Star Wars Battlefront 2, I’d recommend checking out the original…sequel…to the other original Battlefront. With a story campaign that takes you through some iconic Star Wars settings in both the “Clone Wars” and “Galactic Civil War” eras, it really is a grand tour of the galaxy far, far away. You even take part in the infamous order 66 sacking of the Jedi temple.

With the ability to switch between 1st and 3rd person perspectives, you could customise the controls to suit your style. This game had space battles that far exceeded its future iteration. This is because you could fly into the enemy hangar, leave your starfighter and destroy the capital ship from within. The transition from dogfight to ground combat was seamless and exciting. But best of all, there was no loot boxes.

A widely regarded classic of video gaming history, Maniac Mansion was the first hit amongst critics for the studio. Released in 1987 it features a simpler story of heroism where you play as a teenage boy trying to rescue his girlfriend from a mad scientist. It has a non-linear story that must be played in different ways to complete. This is based on which of the six playable characters you use and gives the game some good replay value.

It was the first game to use the SCUMM engine that would be the standard for LucasArts going forward. This was their first self published title, and the Mansion design was based off the Skywalker Ranch main house.

This entry has some of the best lightsaber combat of any Star Wars game. Although Jedi: Fallen Order could give a run for its money, there is something that Jedi Outcast has that it doesn’t. It has legendary characters like Kyle Katarn & Mara Jade Skywalker.

Released in 2002 and receiving a Metacritic score of 81/100, the game is still as entertaining to play today as it was back in 2002. With a compelling story, free-flowing hack and slash combat, and semi-decent shooting mechanics, this game was a force to be reckoned with. Don’t worry, there aren’t any puns in the game, go play it.

No, it’s not Star Wars or an adventure game, this is a run and gun zombie game. Bearing the comedic tone famous of LucasArts, this was a different style to other games from the studio.

This is a 1 or 2 play co-op game where you attempt to save your neighbours from zombies. You must save at least one to beat a level, and the enemies increase in numbers and get more difficult as the levels progress.

It can get frantic, and with later levels slowly turning from day to night, a different mechanic is introduced. Tourists start turning into werewolves if you don’t save them in time and it counts as a death. A fun little couch co-op game that’s different to the rest of the studio’s outings, but no less worth a go!

Any of the entries in the lego Star Wars series are worth a look. A great, funny, family game with a charming comedic retelling of every star wars film from prequel trilogy to sequel trilogy. The story is told without dialogue and instead through gestures, slapstick and grunting, which is just hilarious.

I found smashing up sith with a plastic lightsaber and collecting studs is some of the most fun I’ve had. It is just as cathartic and funny now as it was when it released in 2005. And of course, the complete Skywalker Saga is being released this year too. The style became a genre of its own with multiple franchises getting in on the lego action.

But to stick to the rules, check out the Indiana Jones or Star Wars ones. The rest don’t exist as far as this list is concerned.

Released back in 2001, this game is the blueprint for future BioWare RPG’s. It features the best Star Wars story in any videogame. The animations are a bit primitive, and the graphics is dated, but the light side/dark side choices surfaced in later games developed by BioWare such as Mass Effect.

Revan is also an iconic character that fans have been dying to see added into the official canon. The cast of characters in the game is brilliant and engaging, but the story is the real jewel. The big twist was hailed as one of the biggest shocks in gaming history. It’s been 20 years, but I won’t spoil it if you don’t know.

I might have said the list was in no particular order, but if you were to play only one game on this list, it must be this one.