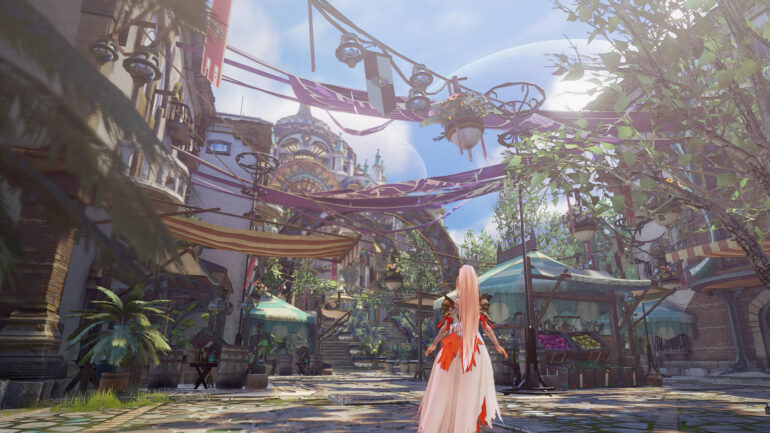 Tales of Arise, the new and hotly anticipated entry in the Tales of franchise, has finally received a release date of early September later this year.

Tales of Arise, developed by BANDAI NAMCO, is the latest game in the Tales of franchise and seeks to overhaul and modernise the series. Utilising the BANDAI NAMCO developed “Atmospheric Shader”, Tales of Arise is set to “push the envelope” further in terms of new visuals and gameplay. Producer Yusuke Tomizawa spoke about how they wanted to have Tales of Arise represent the next step in the franchise.

“We want Tales of Arise to represent a new milestone for the Tales of franchise […] The game has a new artistic direction, making the most out of the Unreal Engine and our newly developed “Atmospheric Shader” to push the graphics quality and make players feel like they are in a painting. With a story that is more mature and hits on more essential themes than previous games, we hope players will be fully immersed in Alphen and Shionne’s journey. We can’t wait for you to be able to play the game later this year.”

What Is Tales Of Arise?

Tales of Arise is a JRPG that centres around the story of Alphen and Shionne, as they set off to free the Dahnans from the tyrannical rule of the Renans. This is likely to be your standard JRPG fair, with a huge and epic in scope narrative surrounded by frantic gameplay. Expect an eclectic lot of eccentric and enjoyable side characters as well as a ton of content to shift through. Here’s some of what you can expect when Tales of Arise launches later this year:

Tales of Arise is launching this September 9th for PlayStation 4, PlayStation 5, Xbox One, Xbox Series X|S and PC. Players who purchase the PlayStation 4 edition will be able to upgrade to PlayStation 5 for free. It will cost £49.99/$59.99 for the standard edition, £64.99/$84.99 for the Deluxe Edition and £74.99/$109.99 for the Ultimate Edition. Head on over to its Steam store page for more details, and to wishlist it so you are notified when it launches. Will you be picking this up when it launches in early September? Let us know down in the comments below.