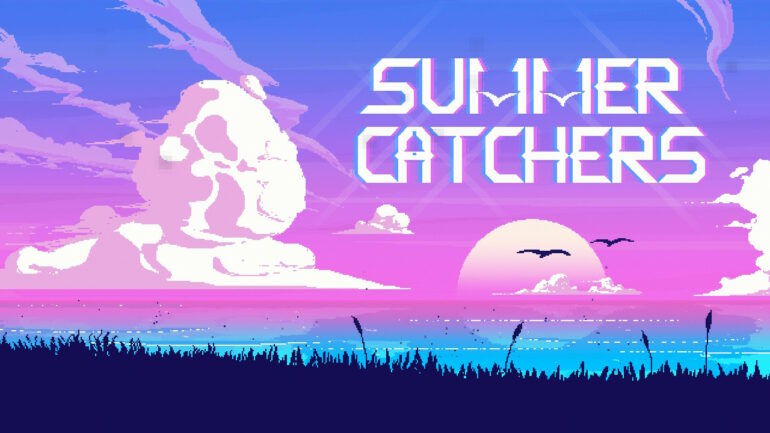 The days are starting to feel longer, despite the sun shining brighter. I feel more and more constricted, physically and emotionally. I long for a way out, a respite from the incessant depression, lockdowns, and the petering pottering around my pocket-sized flat. Summer Catchers, a brightly coloured, charmingly cute endless runner about a girl who wants to see the ocean, offered me brief moments of calm in what can often be a turbulent storm.

“The more narrative-focused sections of Summer Catchers are genuinely engaging and rather delightful.”

Summer Catchers is an incredibly endearing endless runner, and as such, has a very basic premise. You play as a young girl who wishes for nothing more than to see the ocean. She’s stuck in a forest where time and space seem perpetually endless, a never-ending nightmare, Daedalian in its design, an unceasing wave of perilous pits, cumbersome cliffs, and troublesome totem-poles. With the help of a friendly bear, she and her wooden car must progress through the labyrinthine forest frozen in time, to escape and finally catch a glimpse of the glistening ocean.

Gameplay in Summer Catchers is split into two distinct sections. The first is narrative-driven preparatory segments. During these, the player must choose a task to complete, purchase the necessary abilities to succeed in them, and engage in brief, albeit humorous conversations with whatever character has taken the girl under their wing. The second is the endless runner segments. You must complete assigned tasks, avoid obstacles by utilising your purchased abilities, and survive for as long as you can.

The more narrative-focused sections of Summer Catchers are genuinely engaging and rather delightful. The banter between the girl and whatever person her care has befallen upon is often very witty, dry, and humorous. The protagonist’s naïve view of the world makes these conversations that much more charming. Her childish demeanour conflicts with her brazen and uncouth attitude to create entertaining interactions. When she’s not bantering with the local inhabitants, you’re often treated to gorgeously detailed events while out on your adventures. Early on in the game, you’ll come across a glimmeringly glistening deer who offers you a magical bell. Later you’ll pass by a mountain with a cyclopean eye that watches you vigilantly. These brief moments of narrative add to the game’s overall atmosphere and help bring what would otherwise be a fairly barebones endless runner, to life.

“The RNG aspect can lead to unpredictable catastrophic events that can ruin a run.”

Summer Catchers’ gameplay revolves around an audacious mechanic: RNG (random number generator). I say audacious as it’s a challenging mechanic to pull of successfully. On the one hand, the RNG aspect can increase replay value and make each run feel unique. On the other, it can lead to unpredictable catastrophic events that can ruin a run. In Summer Catchers’ case, it is a bit of both.

Before each run, you must purchase abilities such as leaping into the air, destroying incoming obstacles, or boosting your car. You can buy an infinite amount of these abilities, so long as you have the necessary currency to cover it. During a run, you utilise these abilities to survive, jumping over pits, destroying totem-poles, boosting up cliffs etc. But once they run out, then you’re essentially just waiting to crash enough times until the game ends your run. This mechanic works in the context of Summer Catchers’ task-based mechanics, as it forces you to prepare for the next assignment. For example, the game might task you with collecting floating berries. The only way to get them is to leap in the air, so you purchase a heap of the ability that lets you do so.

Unfortunately, this is where the RNG element comes into play. You are assigned three of your abilities at the beginning of a run. For example, you may start with two of the leaping ability and one of the boost ability. You can switch one of these at a time, but it’ll switch to a random ability from your purchased pool. Furthermore, after switching, there’s a delay until you can change again. This means that you can never really prepare for the obstacles coming your way, as these too are procedurally generated. You could encounter three pits, one after the other, but never have a leap ability at your disposal. That’s not for lack of preparation, but because the game’s RNG wasn’t feeling particularly generous.

“RNG becomes an issue whenever you encounter a boss battle.”

Fortunately, this isn’t inherently a problem during Summer Catchers’ minute-to-minute gameplay. There’s no real penalty for failing a run. You don’t need to pay to repair your car as it does so instantaneously. You’ll also always collect enough of the in-game currency to buy the necessary abilities for another run. However, RNG becomes an issue whenever you encounter a boss battle.

Once you’ve completed all of the assigned tasks, you’ll face up against a boss battle. During each one, you’ll not only have to face the usual obstacles like cliffs and pits but also whatever ability the boss has. One boss fight pits you against a giant bird that can create spikes along the road that cause you to crash should you not activate an ability that lets you hover in the air for a brief period of time. It also shoots a beam of electricity that you must boost to avoid.

“I just think that the RNG nature of its mechanics ruin what would otherwise be an incredibly enrapturing experience.”

The fact that RNG is still in play during these means it’s completely luck-based whether or not you’re able to avoid these boss-abilities. Even if you should be able to, you’re also dealing with the RNG nature of the map, which could be any unforeseeable combination of obstacles. It ultimately leads to an insurmountable task that is only conquerable should you happen across the right ability at the right time.

These mechanics feel at odds with one another, not unlike the protagonist’s personality. But her contrasting attitudes add humour, while the RNG nature of Summer Catchers adds frustration. It’s unfortunate because this can be an incredibly enthralling experience. This is a visually stunning game featuring a gorgeous combination of detailed sprite work and exquisite backdrops. It also has an excellent dynamic soundtrack. Summer Catchers is genuinely fun to play, especially once you’ve got the hang of its mechanics. It also offers you the option of playing with a friend, which is a nice touch. This is why it’s such a shame that it doesn’t quite meet the standards it should reach. The RNG nature of its mechanics, ruin what would otherwise be an incredibly enrapturing experience. 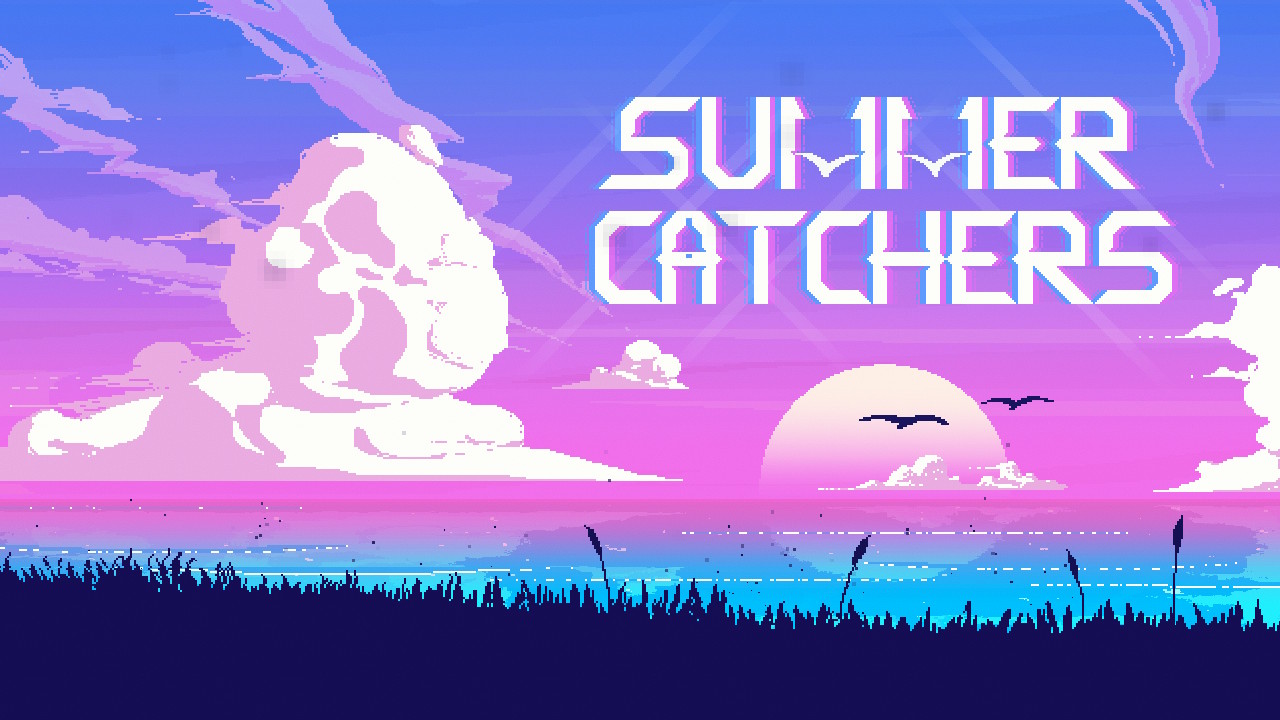 Summer Catchers Review
Summary
I had hoped that Summer Catchers would make me feel as if there was a chance that I may finally break free of my forest and see my own glistening ocean swaying in the distance. Unfortunately, its use of RNG to create emergent gameplay was unsuccessful, and instead lead to an incredibly frustrating time. While it's a visually stunning game, Summer Catchers is let down by its central mechanic and is too arduous to warrant continuing playing.
Pros
Addicting Minute-To-Minute Gameplay
Incredible Visuals & Soundtrack
Hilarious & Charming Narrative
Cons
Overburdensome RNG Mechanics
Repetitive Gameplay
Difficult Boss Battles
6