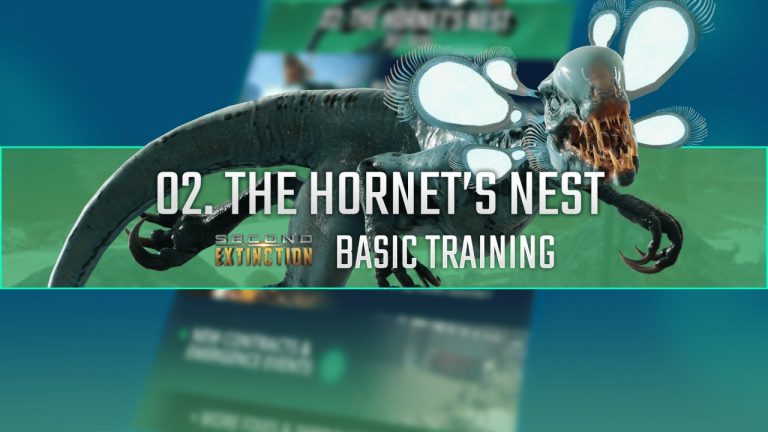 Second Extinction gets the Perfect Anti-Dino Weapon in New Update

Second Extinction has received its second scheduled update since release: The Hornet’s Nest. The first update, First Blood – Supply Drop, was released on November 18, but this looks like the biggest update so far.

The Hornet’s Nest introduces Expedition mode. This new mode allows you to roam the map freely without being tied to a mission. Except there is a catch. While your efforts will have a more significant contribution to the war effort, the dinosaurs won’t be happy about it, and you’ll be facing a lot more of them.

The latest update introduces the perfect weapon to blow dinosaurs up, a Rocket Launcher. Rosy will also have a Rocket Launcher, alongside her Light Machine Gun, for you to select in your loadout. There are also new seasonal contracts, cosmetic rewards, and Emergence Events, which feature the Overmutated Raptor.

This update also marks a new beginning to the War Effort. It will now be updating twice a week on Mondays and Thursdays at 12:00 GMT.

The Pre-season Update 2: The Hornet’s Nest drops on December 16 at 12:00 GMT. So from there, you can work out what time it releases in your area.

There is also numerous quality of life and bug fixes that you can check out on the Second Extinction website.