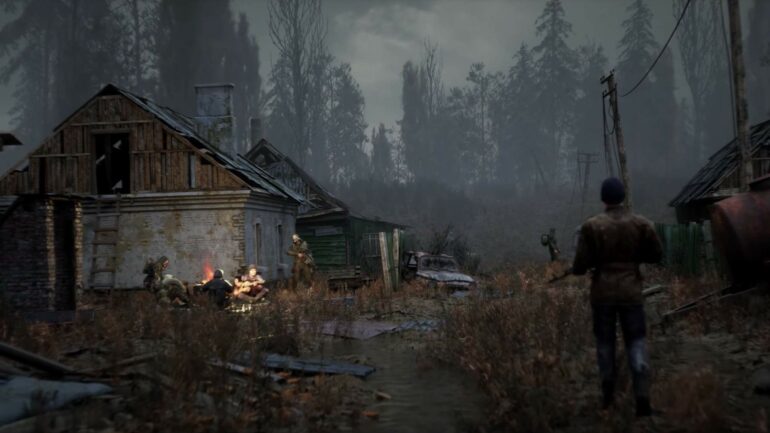 To celebrate 25 years of games at GSC Game World and the 14th Anniversary of the release of S.T.A.L.K.E.R, Zakahr Bocharov of GSC Game World treated us to news of the sequel. At yesterday’s (first ever) ID@Xbox Indie Showcase, the developers showed us some of the new characters, in-game models and teeth from S.T.A.L.K.E.R 2; the much anticipated follow up to 2007’s S.T.A.L.K.E.R – Shadow of Chernobyl.

The first game’s iconic faction costumes are being given a major overhaul in the sequel and are enriched with extra details. With scuffs, tears, scratches, and threads hanging off the clothing, it looks incredibly realistic. The textures look absolutely stunning, and despite that, we are told they are still just a work in progress.

Next, the developers treated us to some of the gun models, and just like the clothing, it is very detailed. We get a good look around each model as the camera pans and swings around, allowing us to take in all the visual delights.

Given that S.T.A.L.K.E.R 2 is set in a nuclear fallout zone, the guns aren’t pristine and pretty. But despite that, the models are beautiful in their design. Rust adorns the gun barrels while the wooden stocks are splintering and scuffed. There is a model that is so well worn that it has makeshift repairs/modifications on, clearly made by the owner of the weapon. This gives a real sense of character to the guns, and we haven’t even seen them in action yet.

The final thing shown was their new “one of a kind” tooth plugin tool. Yes, you read that correctly. They demonstrated the plugin with a grimacing male character model. With a simple click, the developers can remove teeth or replace them with dental caps. This gives each NPC character a unique set of chompers. Is that level of detail going to be noticed? Maybe not. But it definitely shows how much the developers care about the world/characters they are creating.

Unfortunately, the developers didn’t release a new trailer for S.T.A.L.K.E.R 2. However, as a progress report, it surely will generate some excitement amongst its fanbase. You can check the full dev diary out here.