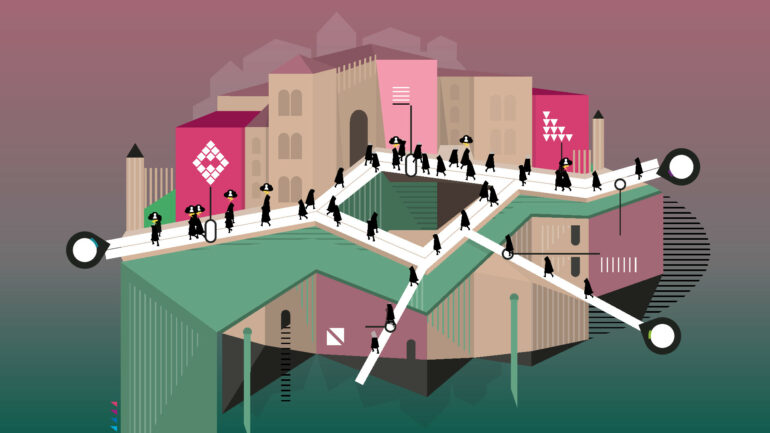 Innovative Tower Defence ‘Rip Them Off’ Coming To Console This March

Developers Lozange Lab, the two-person studio behind Swim Out, are bringing their unique and innovative tower-defence title Rip Them Off to Xbox and the Nintendo Switch this March.

Rip Them Off is a brand-new strategy game that looks set to revolutionise the tower-defence genre. Set in a surreal 1950s-styled world, the aim of the game is duping the masses into buying as much as possible. This unique take on the genre immediately piqued my interest, alongside its gorgeously stylised visuals. It is blending traditional tower-defence mechanics with puzzling elements; as well as satirical humour and a smooth-as-butter jazz soundtrack that permeates throughout your capitalist utopia!

What Is Rip Them Off?

Rip Them Off is a game that blends puzzle and tower-defence mechanics to create a brand-new, unique and stylised genre. Players will have to make as much money as they can by manipulating as many people as possible into buying their products. It would appear that Rip Them Off is to be an in-depth puzzler with a lot of content. Here’s everything you can expect when it launches later this March:

Rip Them Off will release on Xbox and the Nintendo Switch on March 25th, but is currently available for pre-order on those platforms with 10% off. It will also be made available on Steam. It will cost $8.99/€7.39/£6.19. Head on over to your platform of choice to check out the game and its trailer. You can also go to its Steam store page to wishlist it and get notified when it launches later this month.