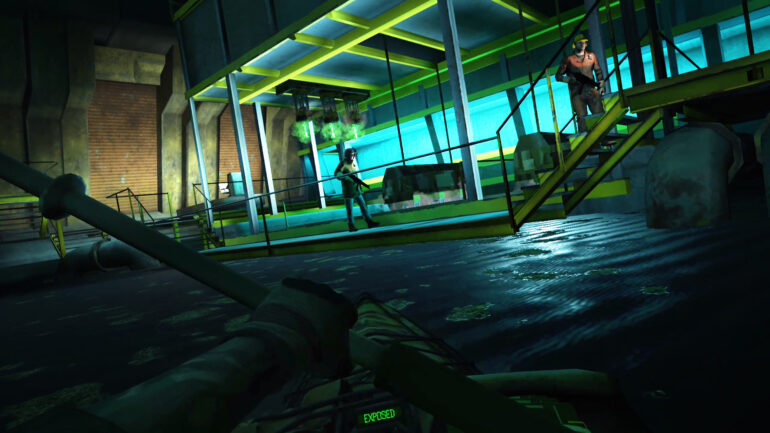 First Person Shooters have always captured my attention, dating all the way back to GoldenEye 007. In my eyes, silenced guns, snipers, night vision, and stealth aspects make for a relatively engaging shooter. Amalgamating this with virtual reality transforms the experience entirely. Unfortunately, Phantom: Covert Ops didn’t challenge the boundaries and, if anything, became a little repetitive.

Phantom: Covert Ops is a VR (Virtual Reality) single-player stealth shooter in which you are confined to a large kayak. You are a Phantom, a half-human, half kayak operative with one night to prevent all-out war. You are deployed into hostile wetlands after a recent flood, so you must manoeuvre silently down the river.

The campaign is short, lasting around 6-7 hours, depending on how efficient you are. The story is straightforward and doesn’t try to do anything unpredictable or interesting. Phantom: Covert Ops‘ name is basic, and sadly, the story is as well.

VR brings a rare sense of unmatched immersion to the gaming industry. However, it has always struggled with motion sickness. Countless games have tried different methods to counteract the illness, from the point and teleport technique to just running with your arms to emulate movement. Phantom: Covert Ops nails this right on the head with a beautiful creation, the kayak. Using the kayak as the only form of movement in the game allows you to sit down whilst you play and, simply, relax. And in turn, eliminating all motion sickness. Sitting down in a virtual reality game has never quite grasped me as my whole body isn’t engulfed in the simulation. Fortunately, the kayak feels extraordinary.

The kayak is an all in one watercraft offering an array of different tools to help you complete your mission. These include a sniper, submachine gun, silenced pistol, night vision goggles, grenades, more ammunition and finally, a paddle because how else will you pull yourself through the river. Although it is the game’s biggest positive from a virtual reality standpoint, not leaving the kayak seems like a missed opportunity.

“Some areas felt like they were reskinned of others with little to no changes.”

Kayaking around the waters behind enemy lines can be tense, scary, and nerve-wracking. The enemies in Phantom: Covert Ops, unfortunately, lack any sense of panic or speed. I am not perfect at stealth games. If anything, I enjoy creating havoc by alerting the enemies to see if I can take them all on at once. The stealth mechanics are incredibly forgiving, which allowed me to paddle straight past enemies or run away and hide if the enemy spotted me. Alas, this ruined any immersion the Kayak has previously established.

Phantom: Covert Ops doesn’t offer much diversity in level design, but its setting doesn’t leave a lot of room for creativity. Considering you’re in a tactical kayak, water is your best friend. There are some unique landmarks in levels, and some of the buildings were distinct. However, some areas felt like they were reskinned of others with little to no changes. Fortunately, this didn’t hinder my overall experience as you are always cruising along the water.

Phantom: Covert Ops is a great VR shooter, perfect for those who are new to virtual reality gaming.

Two other modes complement the Campaign in Phantom: Covert Ops; Freeplay and Challenges. Free play allows you to replay any level with a custom loadout from the equipment you’ve unlocked throughout the campaign. You can turn on novelty cheats, such as unlimited ammo, super difficulty, and even big head mode. The sole purpose of free play is to improve your score for the leaderboards or raise your score high enough to unlock challenges.

Challenges are mini-games that take a couple of minutes each and grade you based on your score or time taken. You also compete on a global leaderboard to see how you rank against the rest of the world. Challenges are amazing, and one of the strengths of the game. I found myself constantly replaying a challenge to rank a little higher each time. The only thing that let me down about the challenges was that they weren’t implemented into the campaign in any way. This would have diversified and built on the campaign instead of it being monotonous.

If you are new to VR gaming and looking for a shooter, Phantom: Covert Ops is a comfortable solution. The addition of the Kayak will ease new players into the VR world without motion sickness. The game is priced at AU$47, which is the standard price of all VR games, and even though there is a lot of content in the game, I advise waiting for the (unlikely) sale before you purchase. 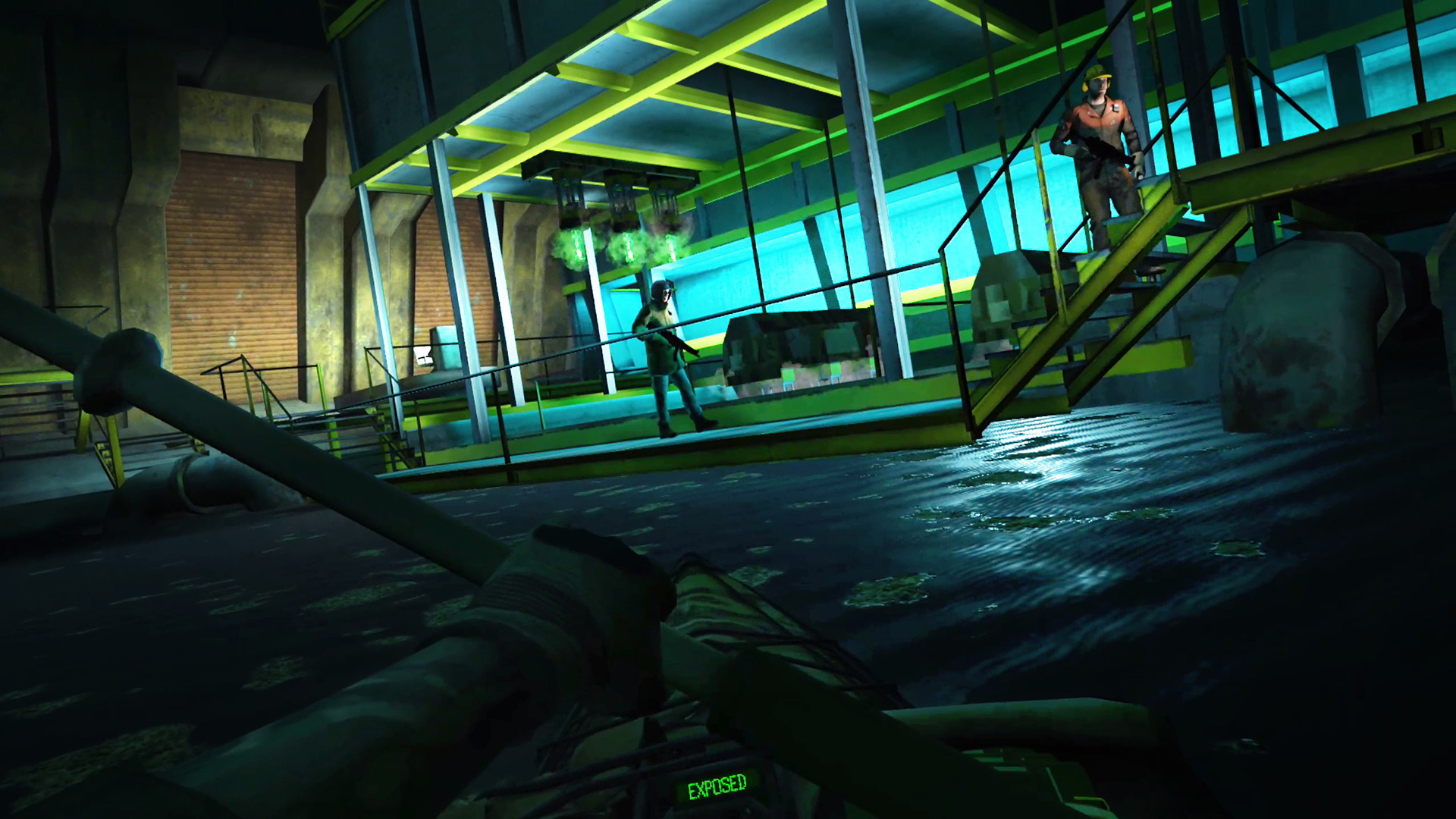 Phantom: Covert Ops Review
Summary
Phantom: Covert Ops is an adequate VR shooter, perfect for those who are new to virtual reality gaming. The kayak is a game-changer and the key element to the game. However, the stealth is let down by unintelligent AI, and the campaign may be a little short and repetitive for those seeking a detailed story.
Pros
Comfortable Controls
No Motion Sickness
Decent Amount of Content
Cons
Unintelligent AI
Repetitive Narrative
7